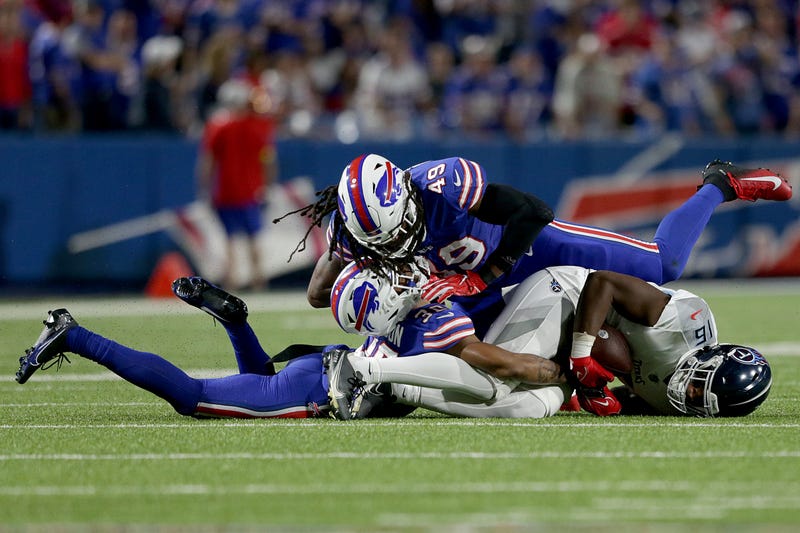 Orchard Park, N.Y. - Tremaine Edmunds of the Buffalo Bills collides with teammate Dane Jackson after a play against Treylon Burks of the Tennessee Titans during the second quarter of the game at Highmark Stadium on Sept. 19, 2022. Photo credit Joshua Bessex - Getty Images
By WBEN.com Newsroom and The Associated Press

Orchard Park, N.Y. (WBEN/AP) — Buffalo Bills cornerback Dane Jackson was released from ECMC on Tuesday after tests revealed he sustained no major injury to his neck or spinal cord when he was struck by a teammate in 41-7 victory over the Tennessee Titans a night earlier.

The Bills did not provide any other details of the extent of Jackson’s injury except to say he was undergoing further evaluation.

Jackson was hurt late in the second quarter when he tackled Titans receiver Treylon Burks from behind following a 12-yard catch. As Jackson lay on Burks’ back, linebacker Tremaine Edmunds dived in late and struck his teammate directly in the helmet. Jackson’s neck snapped back following the impact.

Jackson had full movement in his limbs as he was being evaluated by medical officials on the field before he was loaded into an ambulance.

“You go from being a coach to just being a human when I’m out there watching him getting loaded into the ambulance. That’s a real moment,” coach Sean McDermott said following the game. “Just praying for him. It’s an unfortunate situation but we’re praying for him.”

Jackson is a third-year player who began the season starting in place of Tre’Davious White, who continues to recover from a left knee injury he suffered last year.

The Bills (2-0) are off until Thursday, when they return to practice in preparation to play at their AFC East rival Miami Dolphins on Sunday. 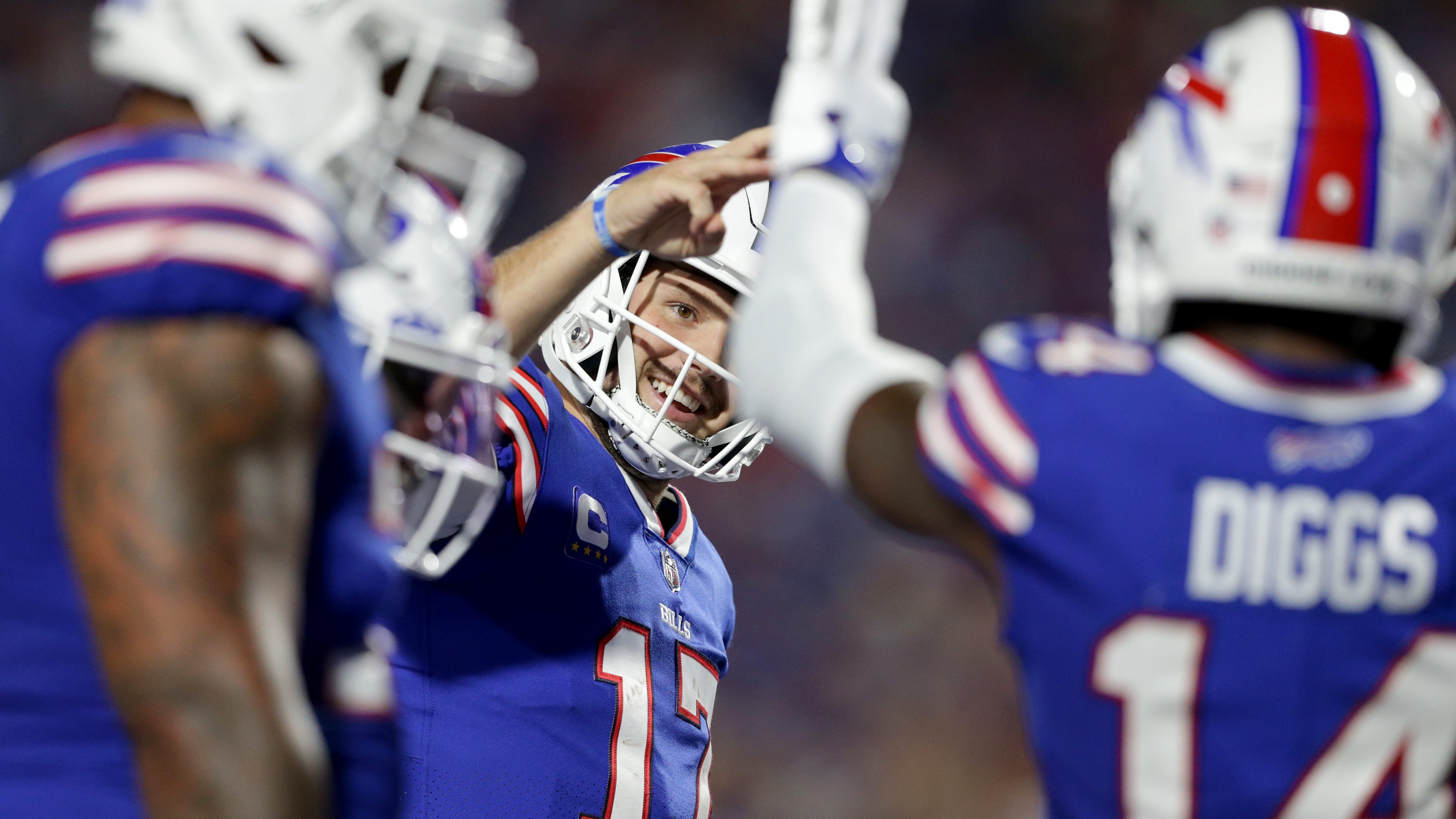 In-Depth: All Bills in 41-7 Monday night trouncing of the Titans 'Bills Mafia' reacts to Buffalo's dominating win on 'Monday Night Football' over Titans