Orchard Park, N.Y. (WGR 550/WBEN) - One theme emerging from the Buffalo Bills locker room a day after their season ended is players saying they felt the team may have “ran out of gas.”

“It was emotionally draining,” guard Roger Saffold said of the season on Monday, as players cleaned out their lockers and said goodbye to one another. “I kind of feel like we were tired. Guys were exhausted during the week, and our coaches did the best they could at trying to modify the week to get us back to snuff.”

The Bills finished the 2022 regular season 13-3, but fell 27-10 to the Cincinnati Bengals on Sunday in the Divisional Round of the AFC playoffs. Throughout the season, the team had to deal with several unprecedented situations, including having a game moved to Detroit due to a snowstorm, another snowstorm forcing them to not be able to return home from Chicago on Christmas Eve, and safety Damar Hamlin collapsing and receiving CPR on the field, ultimately leading to that game being canceled.

“This team has been fighting for so long and fighting through all this adversity, you almost run out of gas at some point,” Saffold said.

Bills safety Micah Hyde says he could see it from the outside, as someone who was hurt Week 2 and missed the rest of the season.

“All the things this team went through, for sure,” Hyde said Monday when asked if it all took an emotional toll.

“I’ve never been on a team this resilient. Stuff that was clearly out of our control and guys just continued to fight and fight. A lot of it motivated us, and at the end, we just ran out of gas. We fought all year long. The weather issues, the injuries, just a lot of things that happened this year. To see these guys really keep fighting, keep coming to work, keep being positive, keep getting up in the morning which is hard to do when the weather’s bad, when it’s snowing. To see all that, I learned about my teammates.” 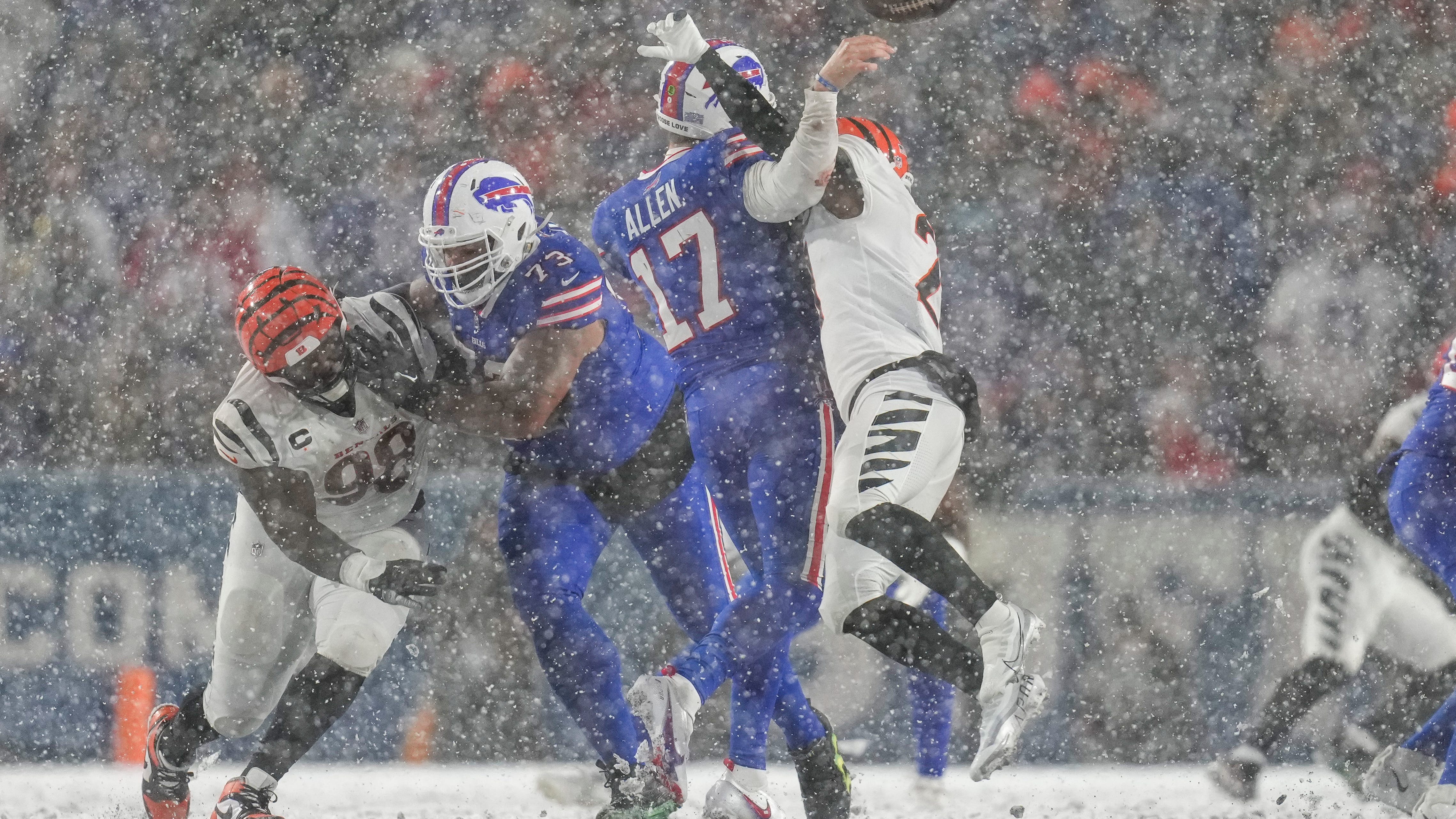 Allen doesn't believe surgery will be needed on elbow