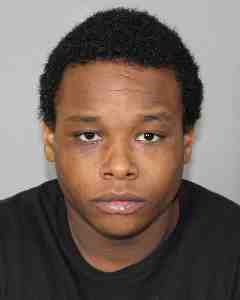 BUFFALO (WBEN) - Erie County District Attorney John Flynn announced Tuesday that 21-year-old Daquawn Mike of Niagara Falls was arraigned Monday morning on a 14-count indictment for allegedly committing a series of violent attacks on three women where he forcibly raped the victims back in 2017.

The defendant is currently pending prosecution following an arrest earlier this year after he was allegedly found in possession of an illegal firearm by Cheektowaga Police officers.

Mike was arraigned before Cheektowaga Town Court on one count of criminal possession of a weapon in the second degree on January 30, 2021, but was released on $7,500 bail. When he failed to show up for a felony hearing on February 3, a bench warrant was issued for his arrest.

US Marshals Service located in Buffalo area on April 8, and the defendant was taken into custody and held on a probation violation for a prior conviction in Niagara County.

Prosecutors submitted the illegal weapon found in Mike's possession to the Erie Crime Analysis Center for testing. Forensic analysis linked the defendant to the illegal gun as well as three unsolved rape cases that occurred in the City of Buffalo.

It is alleged that on February 6, 2017, a female victim was walking in the area of Scajaquada and Kilhoffer Streets when she was attacked by the defendant. Mike is accused of forcibly raping a female victim near Scajaquada and Kilhoffer Streets while pointing a gun at her head back on February 6, 2017. The victim reported the crime to police and underwent a rape kit at ECMC.

In addition, it's alleged that on February 21, 2017, a second female victim was walking on Curtiss Street near Broadway when she was attacked by the defendant. The Mike is accused of dragging the victim to the side of a nearby garage where he forcibly raped her at knife-point. The victim reported the crime to police and underwent a rape kit at ECMC.

It is further alleged that on July 3, 2017, a third female victim was walking on Wick Street when she was approached by the defendant who lured her to nearby area alongside train tracks. Mike allegedly pointed a gun at the victim’s head and forced her to engage in sexual conduct. The defendant is also accused of forcibly raping the victim at gunpoint. The victim reported the crime to police and underwent a rape kit at ECMC.

All of the alleged crimes are believed to be random attacks as the defendant was not known to any of the victims.

Mike is scheduled to return on both indictments on Monday, November 22, 2021 at 9:30 a.m. He continues to remain held without bail.

If convicted of all charges, Mike faces a maximum of 25 years to life in prison.