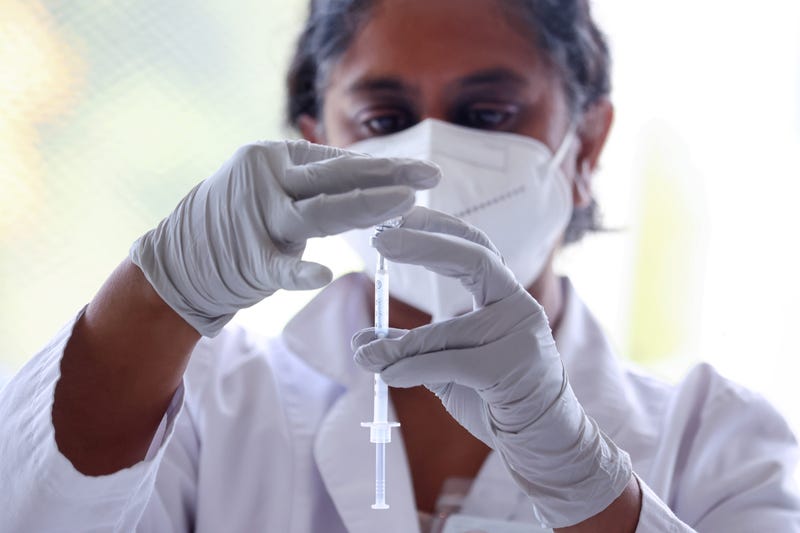 According to the website of the CDC, there are over 6,600 confirmed cases of monkeypox in the United States and that number has been gradually increasing since the first confirmed case in mid-May.

This national emergency declaration follows after emergency declarations made by health officials in New York, California, Illinois and world health leaders. The World Health Organization declared monkeypox was a public health emergency of international concern on the 23rd of July after 70 countries confirmed cases, countries that were not known for a historic spread of this disease.

Dr. Thomas Russo, Professor and Chief of infectious disease at the Jacob's School of Medicine, University at Buffalo says that there's a number of reasons as to why he thinks this was declared a national emergency.

"I think this declaration is going to serve three purposes. First, and perhaps most importantly, it's going to increase awareness. Although we've heard a lot about monkeypox in the news, this national declaration will hopefully make many more people in this country aware of this disease, the implications of this disease and how best to deal with it. Secondly, it's gonna free up some resources and increase dollars to go ahead and both test and treat patients, and also some dollars in terms of trying to expedite some vaccine development. Lastly, and it's important to note, presently, we do have both a treatment and a vaccine for monkey pox. So this declaration will facilitate the availability of treatments and distribution of vaccines," Dr. Russo says.

Dr. Russo says this response from the Biden administration is appropriate and people should not panic, just because a national emergency is declared.

"I think the response is appropriate. However, this should not set off any panic. This outbreak, at this time, albeit, monkeypox can infect anyone, it's been primarily found in the social network of men who have sex with men. This is not a highly transmissible infectious disease, like COVID. It requires intimate contact skin-to-skin contact with someone that's infectious, or shared by bed linens or towels with someone's infectious or prolonged face-to-face exposure with exchange of respiratory secretions or saliva. So at this time, the risk for the general public is low."

Is this the first step to addressing a endemic or pandemic before it starts? Worldwide there are currently 27,000 confirmed cases in recognized non-endemic countries.

"The magnitude of cases is just a fraction of what we're seeing on a daily basis with COVID, so this infectious disease is in a different order of magnitude. But having said that, we do have the tools to try to get this under control. We do not want this disease to become endemic in this country and therefore this declaration, I think, is an important first step in trying to go ahead and get things in place to try to bring this particular outbreak to an end," Dr. Russo said.