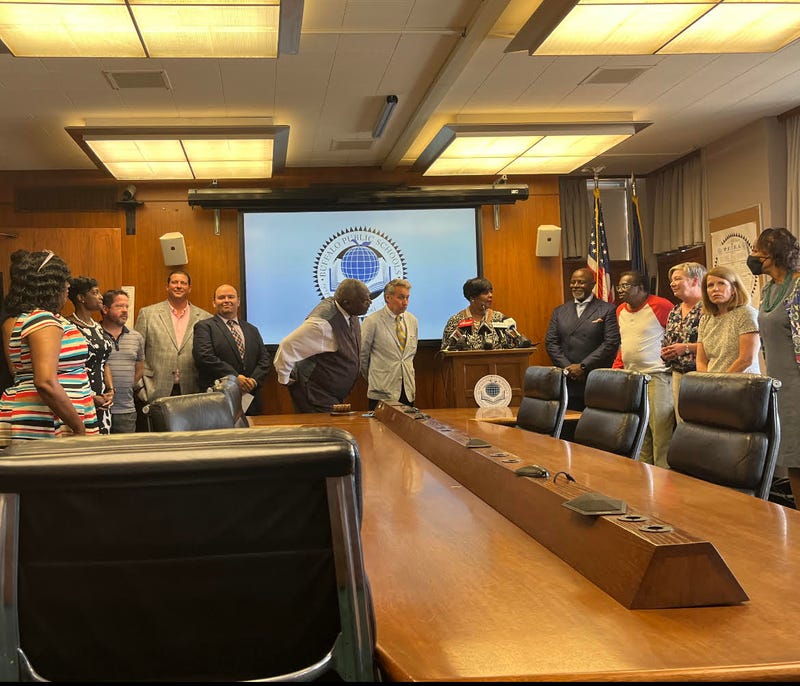 Buffalo, N.Y. (WBEN) - Buffalo Public Schools are still anticipating a shortage of bus drivers for the upcoming school season, resulting in the school asking parents to fill out a transportation survey to explore potential options to combat the issue.

The Operation Sunrise Transport Team, an assembled committee comprising of Buffalo Public Schools staff, stakeholders, board members, parents and community leaders have been meeting weekly since July to identify potential solutions to this national and local issue.

"There are three areas that the committee has chosen to focus their time on," said Superintendent Dr. Tonja Williams.

"The first is the possibility of reimbursing parents who are able to transport their children to school and home. We are also aggressively addressing the issue of bus driver recruitment and retention and finally, we've even been exploring some creative scheduling opportunities. So we're looking at possibly collapsing routes, early release dates, and some of those kinds of things."

"We have identified a number of potential challenges that we are facing, some of them are well known because they're national challenges. Some of them are unique to us here in Buffalo and we're working through identifying what solutions we can put in place in order to rectify those challenges," says Operation Sunrise committee member and Associate Superintendent for School Leadership of Buffalo Public Schools, John Gonzalez.

According to Rob Hummel, Senior Location Manager at First Student, a school bus company says many bus drivers retired after the COVID pandemic and the shortage has lasted several years. As a result, First Student has increased starting pay for new drivers by 30%, now $25 an hour and raised wages for senior drivers to $28 an hour. In addition, new drivers can receive a $3,000 sign on for those who don't have a CDL license and $5,000 for those who do have a license.

President of Buffalo Public School's Board of Education, Louis Petrucci says that there likely could be a combination of ideas that could be set in place to accommodate all students.

"One of the things that I know that so many people are concerned with is making sure that we have a variety of different options in place because the committee through all their hard work. We noticed that it's a very diverse district, meaning that our parents have a variety of different situations. So there may be a multi-prong approach to how we get this situation resolved going on."

Petrucci talks about exploring ideas of opening and closing the school later or earlier so parents are able to pick up or drop off their children, as well as consolidation of bus routes, if possible and reimbursing parents who drive their children to school.

With school beginning session is September, the school leaders and committee members have to act fast. There have been talks about doing another survey but all the survey info will be assessed once it is received. Currently, Buffalo Public Schools have 2500 parents responding to the survey, which will close Friday, August 5th at midnight.

Gonzalez says that there is a framework in place, but nothing concrete has been decided, such as if the school is going to reimbursing parents , "We do have some plan framed out for us, not something that we're ready to share because really, we need that last data point to help inform whether or not we're going to go one direction or another. What we do know, is that this is probably not going to be the solution. It may be a solution, this really is going to be multiple approaches that are probably going to have an impact. So whether or not we move forward with reimbursing parents or not, that's still to be decided, hopefully, very soon and when we have the details of that plan, we'll be ready to share that."

To hear audio from the full conference, see the player below: