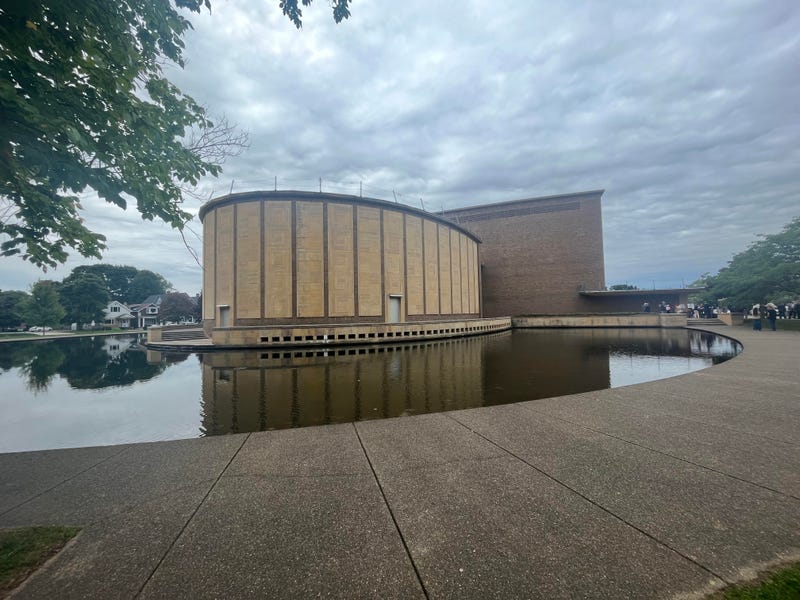 Buffalo, N.Y. (WBEN) - Kleinhans Music Hall is receiving approximately $18 million and counting in funding from a variety of government levels for infrastructure work and further improvements to the historical music hall, home of the Buffalo Philharmonic Orchestra to preserve the venue for generations to come.

Kleinhans Director Daniel Hart alongside Mayor Byron Brown, State Senator Tim Kennedy, Erie County Executive Mark Poloncarz, and Buffalo Common Council members were all in attendance to make this announcement of funds to preserve this 82-year-old landmark and prevent it from further deterioration.

"This state of the Kleinhans family was not enough to build this great hall and the federal government intervened with with money from the Works Progress Administration. So it has been in the DNA of Kleinhans, that has always been a public private partnership. This campaign, the $21 million that we're doing also represents a great public private partnership. State, local, city, county, all these monies are going to help make this thing possible," said Daniel Hart, Kleinhans Director.

Governor Hochul recently announced $8 million in the fiscal year 2023 budget funding for the project, in addition to up to $1 million in grants from Empire State Development.

As this landmark is owned by the City of Buffalo, Mayor Byron Brown is delighted further investment is coming for the future of this great venue, "We have invested more than $2.6 million in supporting Kleinhans Music Hall and we're certainly pleased for this announcement of major upgrades, a long list of which includes major roofing, plumbing, heating and exterior projects. My administration working with the City Council will be contributing over $2.2 million to this great project, which will safeguard this magnificent facility for future generations to enjoy."

After decades of use, virtually every corner of the Kleinhans building needs repair or support, including its exterior, interior, plumbing, roof, basement, electrical, doors, public safety and HVAC. This phase of the project will accomplish the following:

NOW: @KleinhansBflo is receiving $18 million for infrastructure work in part of a $21 million capital campaign to restore and maintain the historic music hall for future generations. pic.twitter.com/N6JGymwvKI

Erie County is investing $650,000, particularly for the HVAC portion of the improvements.

Buffalo Common Councilman Chris Scanlon recognizes the joint effort from all levels of government to fund this project, "Whether you're operating at the municipal level, the county level, the state level, you name it, we all know that every year, resources are finite. Each year everyone within each of those levels of government inside and out are jockeying for those resources. In this today is a prime example of not just a private public partnership, but also a partnership at every level of government."

The total funds secured for this $21 million campaign equates to about $14 million, "We still have work to do on the private side, we have garnered about $3 million in private sector contributions right now, so we're well on our way," says Hart.

See the player below for the full announcement: