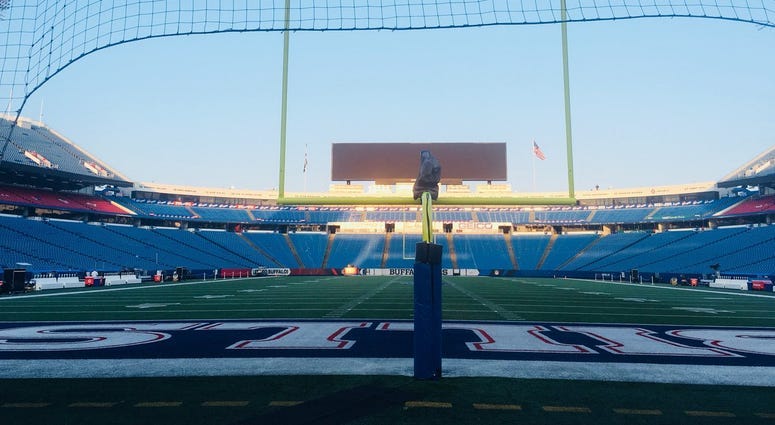 ORCHARD PARK (WBEN) - The Bills Mafia way of life has been threatened this season, and to add insult to injury, during a season filled with high expectations for Western New York's beloved team.

However, on Wednesday, Erie County Executive Mark Poloncarz was asked about the possibility of limited fans in attendance at some point this year, and he certainly did not dismiss the idea.

"When it comes to here, it's based on our numbers," he said. "If they continue to go down to the point where they feel like they can safely bring folks in, then it would happen."

Of course, it was announced prior to the season that the first two home games at least would not have any fans in the stands, meaning September 27th's home game against the LA Rams will look the same as last Sunday's match-up against the Jets.

Poloncarz noted that there's no set number or threshold that the region needs to cross in order to allow fans into Bills Stadium, and he touched on some of the main concerns of such an endeavor.

"The issue of sitting in the stands is not the problem - I know, having had conversations with the Bills and reviewing their proposals, I think they could safely protect the fans in the stands if there's a small portion of them that attend," said Poloncarz. "The problem is the ingress and egress, the entrances, the exits, going to the bathrooms and the concourses at halftime."

While those concerns could be resolved at some point this season, Poloncarz encouraged people to continue doing the things they can control.

"There's still a chance, and it all depends on our numbers," he said. "It's basically in our hands - if we can get that number down and we can show that people can be responsible, then yeah, there's a possibility that fans will attend games."