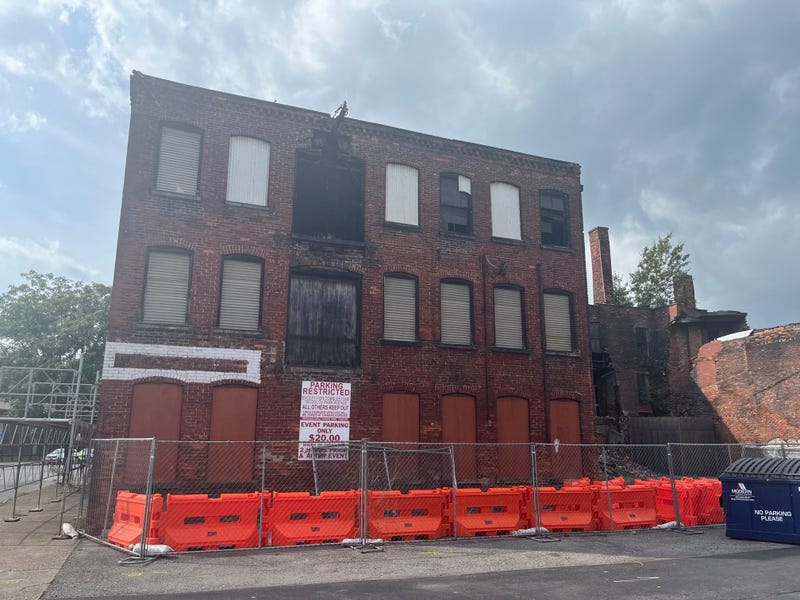 Buffalo, N.Y. (WBEN) - Time is ticking for the owner of the 110 and 118 South Park Ave buildings in the historical Cobblestone District to respond within a 90-day timeframe to the City of Buffalo or potentially lose the structures to city via eminent domain.

"The Cobblestone District is a local historic district that was landmarked as a historic district since the mid-1990s and we're seeing growth, revitalization and a lot of folks putting investment into Cobblestone besides one negligent landlord, who has allowed buildings to crumble for over 12 years. We understand in the City of Buffalo that these structures are contributing structures to that local historic district. Every remedy that we can possibly find to work with the owner to mitigate these concerns and have him restore the property have all failed and the City of Buffalo in the Brown administration has identified a new way of pursuing a remedy to fix these structures," said Buffalo Common Councilman Mitch Nowakowski.

Darryl Carr has been an owner of these properties since 2009 and after many attempts from the city to get Carr to act, including fines, "It's been a back and forth for well over a decade and the applicant was fined and held accountable in housing court, but it never led to a remedy. This course of action is exceptionally rare, only being utilized in unique circumstances, considering the long standing an ongoing failure of the owners. To address the conditions of these properties. The city desires to take the proactive step to protect the public, eliminate blight, preserve the historical integrity and enhance the economic development of the Cobblestone Historic District," Nowakowski says.

Councilman Nowakowski mentions that it would be much better for these historical buildings to be used for public use, "This building [110 South Park Ave.] originally started as a bakery, and then it transferred to manufacturing. So even in the 1800s, we were able to see this building have an adaptive reuse. Nonprofits and other folks are really coming to the table and examining these structures. Realize, that we don't need to just allow them to crumble before our eyes."

The members of the council seem to be in consensus that they are ultimately choosing the process of eminent domain so they don't see these historical buildings torn down. If the owner wanted to do something to help, they would be more than happy to pursue that.

"If the owner is willing to act and come up with a plan to actually remediate these properties? I'm sure the conversations could shift because the bottom line is that the City of Buffalo wants these buildings to not be demolished and to be safe and secure, but also invested in. The applicant, in my opinion, hasn't shown any resources, ability or willingness to not allow these structures to crumble before our eyes. These people need to be held accountable," said the councilman.

"If the 90 days expires, the council has the opportunity to schedule a hearing and then decide to purchase, "If the city was to acquire these structures by eminent domain, the next process after that would be finding candidates and solicit folks that want to be candidates to acquire this property that can demonstrate to the City of Buffalo to be good landlords," Nowakowski speculates. 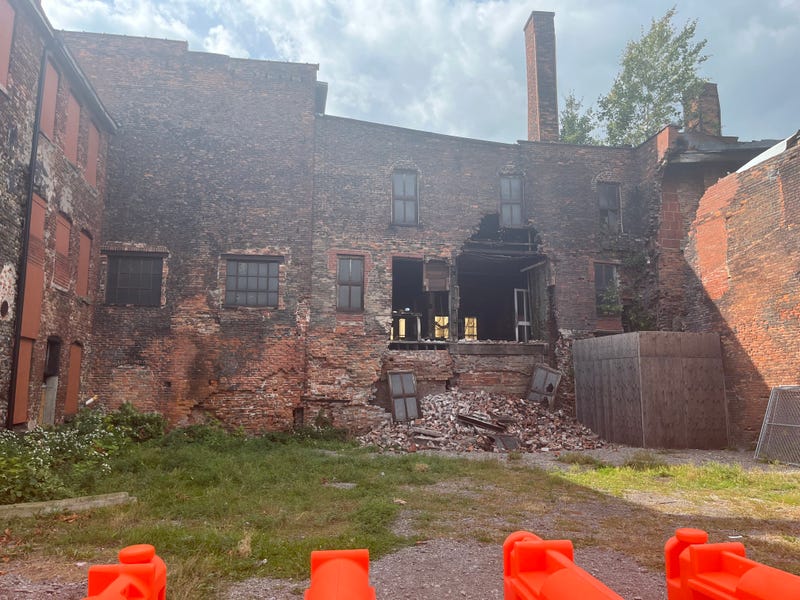