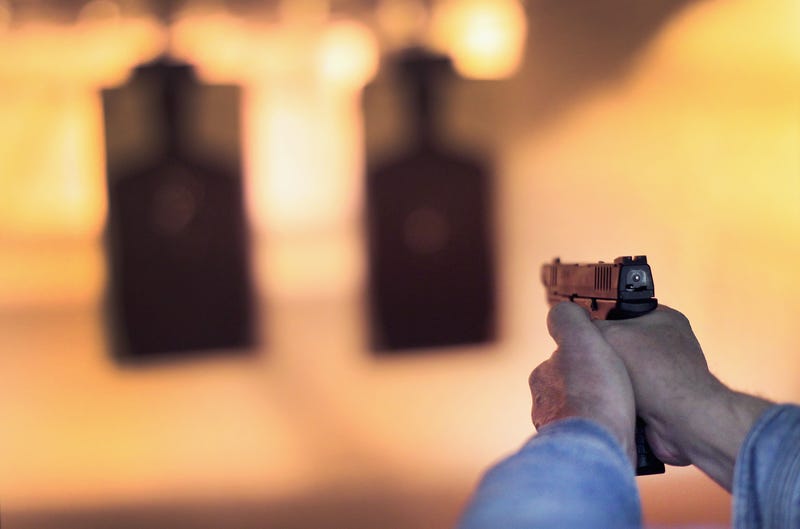 Gov. Hochul on Wednesday provided an overview of the new gun legislation now in place for New York, which she helped pass as a response to the Supreme Court striking down a century-old law regarding conceal carry as well as the series of mass shootings plaguing the nation, such as the one that happened at Tops on Jefferson Avenue in Buffalo. "Under the Supreme Court's ruling, they would say anyone who wants a concealed carry permit could easily get one. We had a standard in place, that you had have a proper cause, you had to have a rationale for it. So, we have to deal with the fact that we believe that people will be able to secure these onto the ruling should go have a more comprehensive background check, and an in-person interview. Household members' contact information, as well as reviewing social media. They also will undergo a 16-hour classroom training and a two-hour live firearm training safety course. And we will be the first state to require training for firearm permits, but it makes sense. Under the old laws, some counties required, but many did not. So, it's time to standardize this across the State of New York," said Governor Kathy Hochul.

This legislation also prohibits were people can conceal carry, such as churches, bars, libraries, schools, hospitals and government buildings. This is of great concern to Erie County Sheriff John Garcia.

"It's daunting, daunting. I've had calls from people that have had their pistol permits for decades, 30, 40, 50 years and these are law abiding citizens don't know what to do. There are people that go to church and their rabbi, their pastor, their priests, count on them to be the security and as you know, churches are soft targets," said the sheriff. "Those people are wondering what's going to happen, 'Am I committing a felony now for bringing in a legal concealed carry permit and weapon into a house of worship?'"

Sheriff Garcia says no local county sheriff was brought to the table to discuss the law changes and many people are confused, "I'm very disappointed with the governor's actions. She did not have law enforcement coming to the table. None of the county sheriffs throughout New York State were brought to the table on this issue. I look at it as a knee-jerk reaction to the awful massacre that occurred right here in our city, at Tops on May 14. Why are we going after law abiding citizens that have pistol permits that are now so confused, as all the sheriffs throughout the state are?"

How are these new laws going to be enforced?

Sheriff Garcia mentions that there are over 100,000 pistol permit holders in Erie County alone and they have been receiving information from New York State's Division of Criminal Justice Services, who recently released guidelines just several days ago as well as FAQs that explain some current permit holder's questions. You do not have to take the training courses if you already have a permit but you have to recertify your permits every three years as opposed to five.

"How do I feel about this? I probably feel the same way that every other county sheriff does. I'm angry about it. Because people are confused and they're calling. The phone's ringing. People ask me everywhere I go. This was just done overnight without having a law enforcement consultant. Unconstitutional, unenforceable."