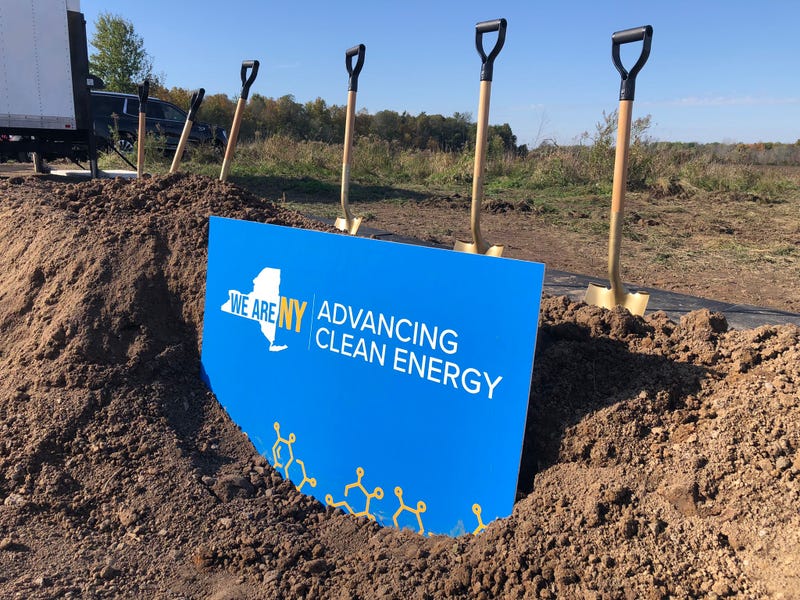 BUFFALO, N.Y. (WBEN) - Governor Kathy Hochul and other officials celebrated the groundbreaking of the 1,250-acre STAMP plant in Genesee County.

The plant, located along Crosby Road in the Town of Alabama, will be used as an advanced manufacturing site with the focus on create renewable, green energy products. Its early focus will be on the production of green hydrogen to power industrial equipment. New York State hopes the renewable component will help reach carbon-neutrality by 2050.

"We'll have North America's largest green hydrogen production facility here in the State of New York and in Genesee County," Governor Kathy Hochul said in her visit to the site today. "This is going to be a catalyst for other people to come here."

NOW: Governor Kathy Hochul is in the Town of Alabama this morning to promote clean energy for STAMP, the 1,250 acre advance manufacturing park that is planned in Genesee County. pic.twitter.com/T6XXLPeIdv

Hochul announced the launch of a $290 million electricity substation and production plant. The first tenant of the STAMP plant is Plug Power, a company that said it's a provider of hydrogen fuel cell turnkey solutions.

"We're ready for the future because of these investments," Hochul said. "We're going to be creating more jobs and it's expected to produce 45 tons of green hydrogen daily."

Empire State Development is providing up to $2 million in tax credits in exchange for job creation commitments. The plant will create up to 68 jobs in Genesee County.