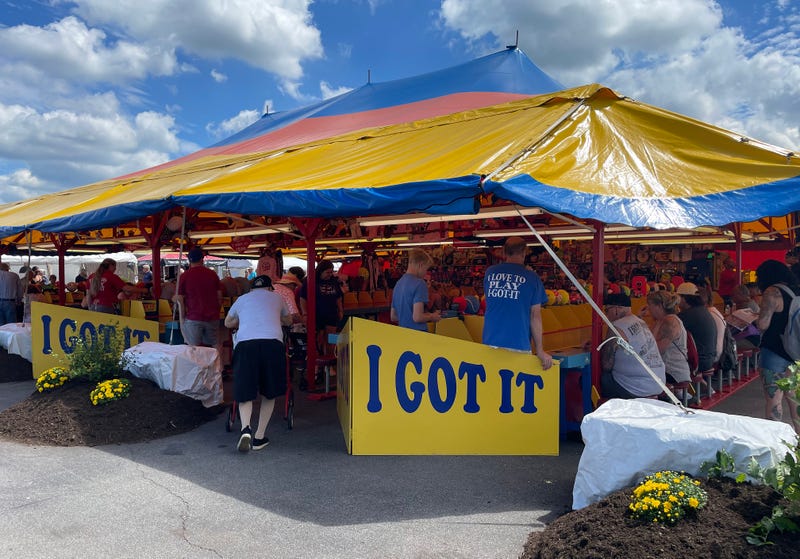 Hamburg, N.Y. (WBEN) - Every summer in Western New York, many people have certain "staples", or traditions that they feel they must take part in when visiting the Erie County Fair.

Some of those staples may include taking a ride on the Ferris Wheel, getting your annual fill of fried dough, or even taking in fair attractions such as the "Swifty Swine Races" or "The Peking Acrobats".

However, many Western New Yorkers come back time-and-time again for one specific staple at the fair every year. That happens to be the "I Got It" tent, or tents, everyone's favorite Bingo-themed game.

"Since I was little we've been coming, and it's just tradition," said fairgoer Denis Grupp from Angola. "It's just part of the fair. It's what we do. Especially when your legs start to get a little tired, you say, 'Let's sit down for a couple of minutes and [play] 'I Got It', gonna throw some balls."

"The fair has been around for 182 years, but I mean, you think of the fair, you think of 'I Got It' and everything else that they have to offer," added fellow fairgoer Corey Bruce from Depew.

For several years, "I Got It" has been a part of not only the Erie County Fair, but other county fairs and festivals across Western New York. The Cattaraugus County Fair, Niagara County Fair, you name the local festival and it's probably been there.

"We're mostly just the East Coast in New York and Pennsylvania, basically," said Mark Long, who's been working the "I Got It" tents for 42 years. "We used to play a lot in the South, but we're done with that. But yeah, in this area especially, there isn't anybody that doesn't know what 'I Got It' is. That's just how it is."

"It's kind of the same thing over-and-over again, but you meet new people and it's fun. I enjoy it."

Several years ago in the early 1960s, a change in New York State laws relating to Bingo forced Al Boxall, who's name is still tied to the "I Got It" tents at the fair, to change course and be compliant with the law, while also trying to make a profit.

"I'm not sure the year, [but] they outlawed Bingo for profit. So he scrambled around and tried a few different games, and came up with this, and it's been this ever since," explained Long on the game's history. 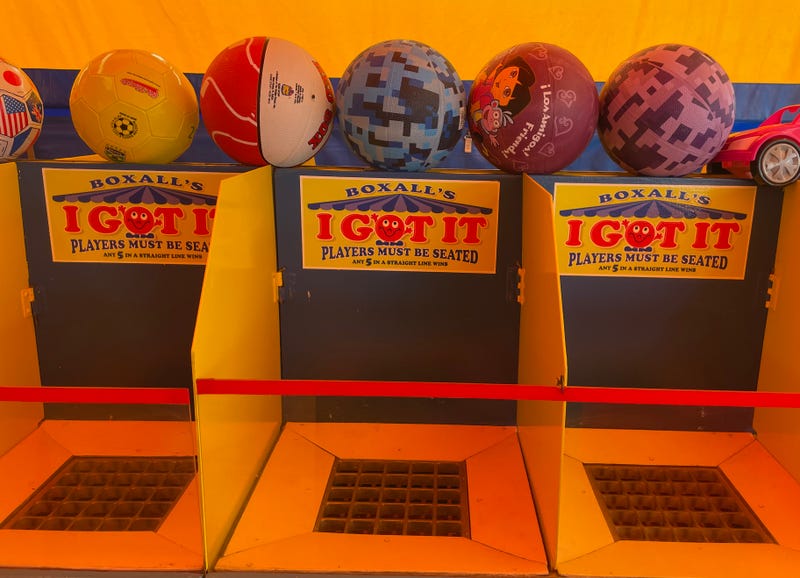 As for the popularity of the game, Long continues to be amazed at how time-and-time again, people flock to the "I Got It" tent for the chance to throw some red balls all in a row and potentially win prizes.

"I'm kind of surprised, actually," he said. "I mean, every year it seems to gain popularity, and it kind of surprises me, because I see it every day. I don't know. It's a very popular game."

Perhaps even more surprisingly, there are some people who have never even heard of "I Got It", having never spent time at the tents set up across the fairgrounds.

For those who may not know what "I Got It" is all about, you are instructed to throw small red rubber balls into a pit until you make a connection of five-in-a-row in a horizontal, vertical or diagonal pattern. If you happen to be the sole winner in a round, you earn a prize ticket. If others also connect five-in-a-row at the same time in a round, you will earn a free game token.

Bruce puts it as simple as, if you haven't heard about "I Got It", you have to get to the fair and experience the game for yourself. As for his strategy, Bruce tries to break it down without giving too much away.

"Just go for the corners and hopefully line them up easily," he said.

The game is even popular among the other vendors at the fair, including Jim Staub, who operates Jim's Deep Fried Tacos and Jim's Fries.

As for those who happen to win prize tickets at the "I Got It" tent, Long says there are a number of newer items every year that are popular for people to walk away with. However, some of the more go-to items to win are, of course, Buffalo Bills and Buffalo Sabres related prizes.

"Oh my God, the Bills. You could have Bills on a gum wrapper and they would take that. They don't care. The Bills are real popular," Long said.

Meanwhile, Long is also hopeful that 2022 is finally the year the Bills are finally able to bring home a Super Bowl title for Western New York.

POLL: Do you play "I Got It" when you go to the @ErieCountyFair?