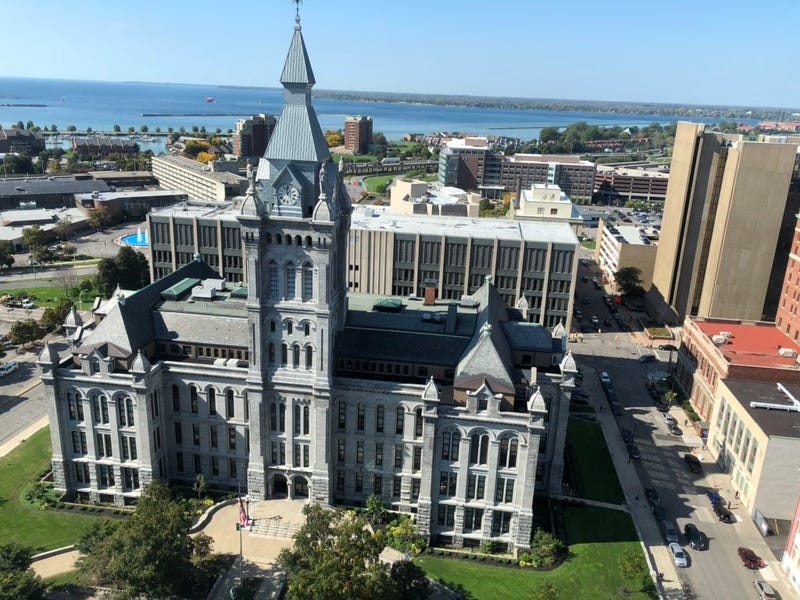 Buffalo, N.Y. (WBEN) - Thursday was another milestone day, of sorts, for Erie County with regards to the new Buffalo Bills stadium soon to be built in Orchard Park.

During a Legislature session meeting in Downtown Buffalo, County lawmakers came to an agreement to approve a $100 million down payment toward their portion of the cost for the new facility across Abbott Road from Highmark Stadium.

With interest rates continuing to rising and the value of the dollar going down, a push for more money down for the Bills stadium has been advocated for over the past few weeks. In fact, Legislature Minority Leader Joe Lorigo went to the lengths of submitting a letter to Erie County Comptroller Kevin Hardwick on April 26 to request a borrowing analysis of different potential scenarios for the financing of the new stadium. 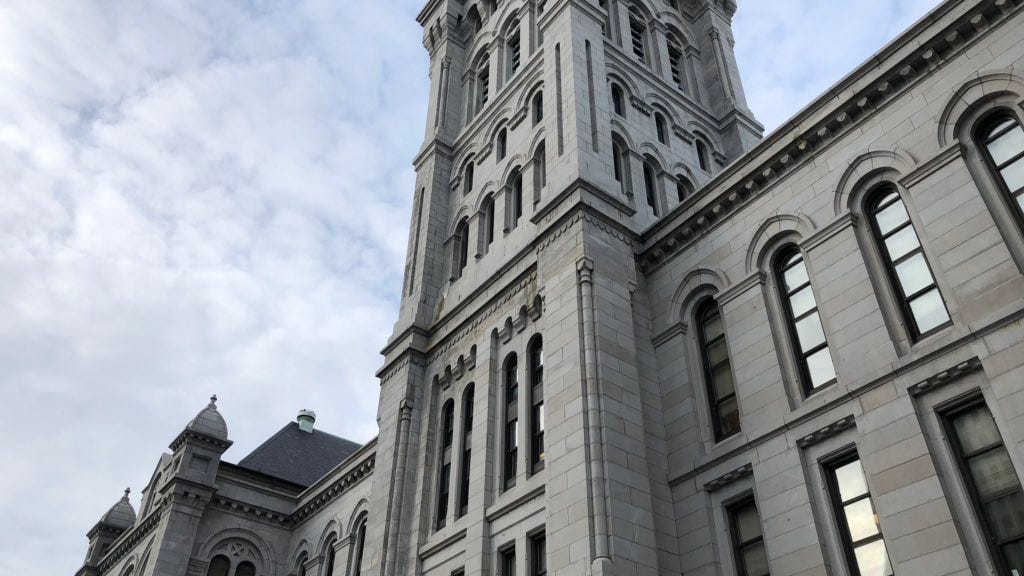 In the end, Thursday's decision was a no-brainer for most everyone involved.

"I've been pushing to put $100 million down on the stadium since I first learned of the plan to spend $250 million of Erie County taxpayer money," said Minority Leader Lorigo on Thursday. "We had unprecedented surpluses last year, we're expecting unprecedented sales tax revenue for 2022, and the more money we put down on the stadium today ensures that we're spending less money over the next 20-30 years on our borrowing costs. In [Thursday's] actions alone, we are saving Erie County taxpayers over $40 million over the next 30 years."

Lorigo also adds that with the unprecedented sales tax numbers coming in the way they have, he will continue to push to put more money down and borrow less money to save taxpayers even more money.

"I just thought it was a good, solid financial decision based on the numbers that we just received on the sales tax revenue, which is increased," said Majority Leader Timothy Meyers after Thursday's decision. "We know the dollar is going down, losing value every day, while interest rates are going up. It's not going to hurt our bond ratings, because they're going to be bonding less money, so it just seems smart to get out ahead of it."

Discussions have been ongoing for some time now about the up in price for the down payment from the County. The original plan for the Legislature was to put down $75 million of the $250 million the County would contribute to the $1.4 billion price tag for the new stadium.

"We had committee meetings, we had a caucus meeting, where we talked about financing to build a stadium and how we were going to do it. ... Honestly, right up until the vote today, I wasn't sure where my colleagues across the aisle stood," Lorigo said. "Many of them had been vocal, saying that we should only put $75 million down. But I think for once, my comments had an impact. They were persuasive, and I think everybody saw the light that putting more money down now - given the state of the economy, the fact that interest rates are going up and where we're headed - doing it today was the right move to save taxpayers money over the course of the deal."

"It was a robust conversation," as Johnson described discussions. "We weighed all the comments from the administration, from the comptroller's office, and then a conversation we had back-and-forth across the aisle. Good conversations, and we came to a consensus that we thought that would be the best way to go about it."

As lawmakers saw it in the Legislature chambers, the debt would have grown more and more over the 30 years of the loan had they decided to stick with the $75 million down payment. Now the money that the County can save going forward will be available to go back into the residents of Erie County.

"It was just something we wanted to all work with," Johnson said. "One of the things we talked about this year going into it was working more across the aisle, making smart decisions in a concerted effort. I think this is what it is, just smart work across the aisle. Better government, savings to the taxpayers, and I think that's the biggest thing is working across the aisle for a better Erie County."

While not in attendance for Thursday's session, Erie County Executive Mark Poloncarz was pleased to see the Legislature come to this decision after having discussed it with lawmakers recently.

"We previously said that we didn't have any objection, if that's the direction they wanted to go. I was uncertain if they wanted to fund some other projects in the area, but we were able to do that and still find additional funding for the stadium," said Poloncarz following an event in Lackawanna on Thursday. "It'll save money in the long run, with regards to the borrowing. Instead of borrowing $175 million, we'll eventually be borrowing $150 million. We're going to spend $250 million on the stadium, it was just a matter of how we're going to pay for it. The additional amount, the additional $25 million, will just reduce our costs in the long run with regards to interest. So it's OK, it's a good thing."

Poloncarz believes with this agreement now in place, it will ensure the investment in the stadium with the current dollars, while also making sure this will not result in a tax increase for Erie County residents.

"We were able to afford it using the resources that we have, and by doing it this way, it's a way to ensure that we keep the Bills in town, and we do it in a cost-effective manner that has no impact on our local tax base," Poloncarz said.

So what now remains going forward for the Legislature to get done, as we continue to approach the Sept. 1 deadline to have everything in place to potentially start the construction process?

"The Legislature still has to approve the MOU. They haven't done that. I thought it was going to happen [Thursday], but they have basically until the end of this month. So it's OK if they didn't, but it does need to get done by their next session at the end of May. But we're moving ahead, full steam ahead," Poloncarz added. "They approved $100 million of cash to go to the project. We know the Legislature is going to approve the MOU and they finally get around to vote on it. But it's important that we send a message that we support our team, and we got a deal that was a good fair deal for the people of this community and kept our football team. That's a win-win all-around."