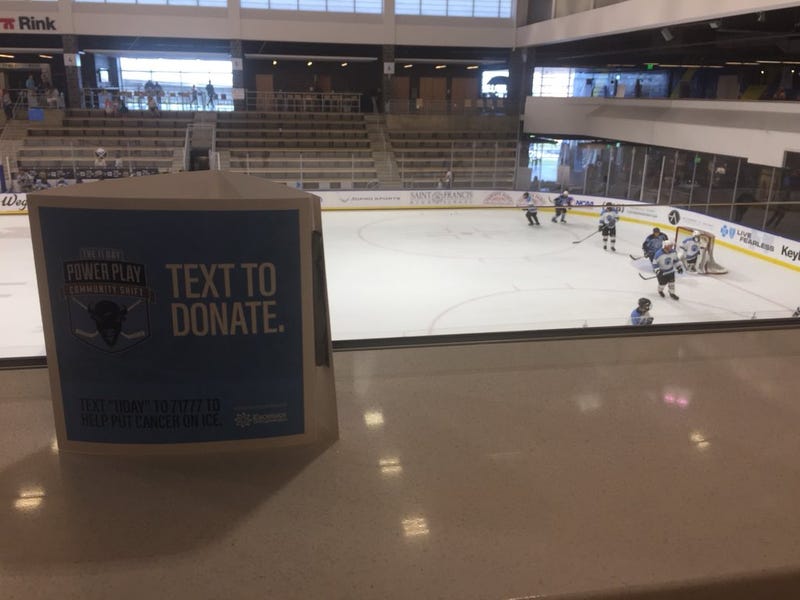 Buffalo, N.Y. (WBEN) - As summer is officially underway in Western New York, a number of charitable events are set to kick off in the coming days, including the 100 Holes of Golf and 11 Day Power Play on Thursday, and the Ride for Roswell on Saturday.

Despite charitable giving totals eclipsing a record $485 billion in 2021, a number of different organizations are noticing a decline in the amount of donations this year, both in terms of donors and total dollars.

"If you eliminate some of those one-time gifts... those one-time commitments, our network is struggling to a great extent, and it's no wonder," said Michael Weiner, President and CEO of the United Way of Buffalo and Erie County. "COVID has been a major influencer, in terms of giving, particularly given the model that United Ways have relied on, which is a workplace giving model, where you go into a workplace and you talk about the needs in the community, and you identify ways in which individual workers can be supportive, including charitable giving. When you have nobody in the office to go to, or very limited number of people go to, it all has to be done digitally and it's changed the makeup has created more complexity in the giving practice."

Meanwhile, the 11 Day Power Play returns in 2022 for their fifth event since 2017. The event this year returns to Harborcenter in Downtown Buffalo with the 11 days of non-stop hockey starting on Thursday and running through July 3. 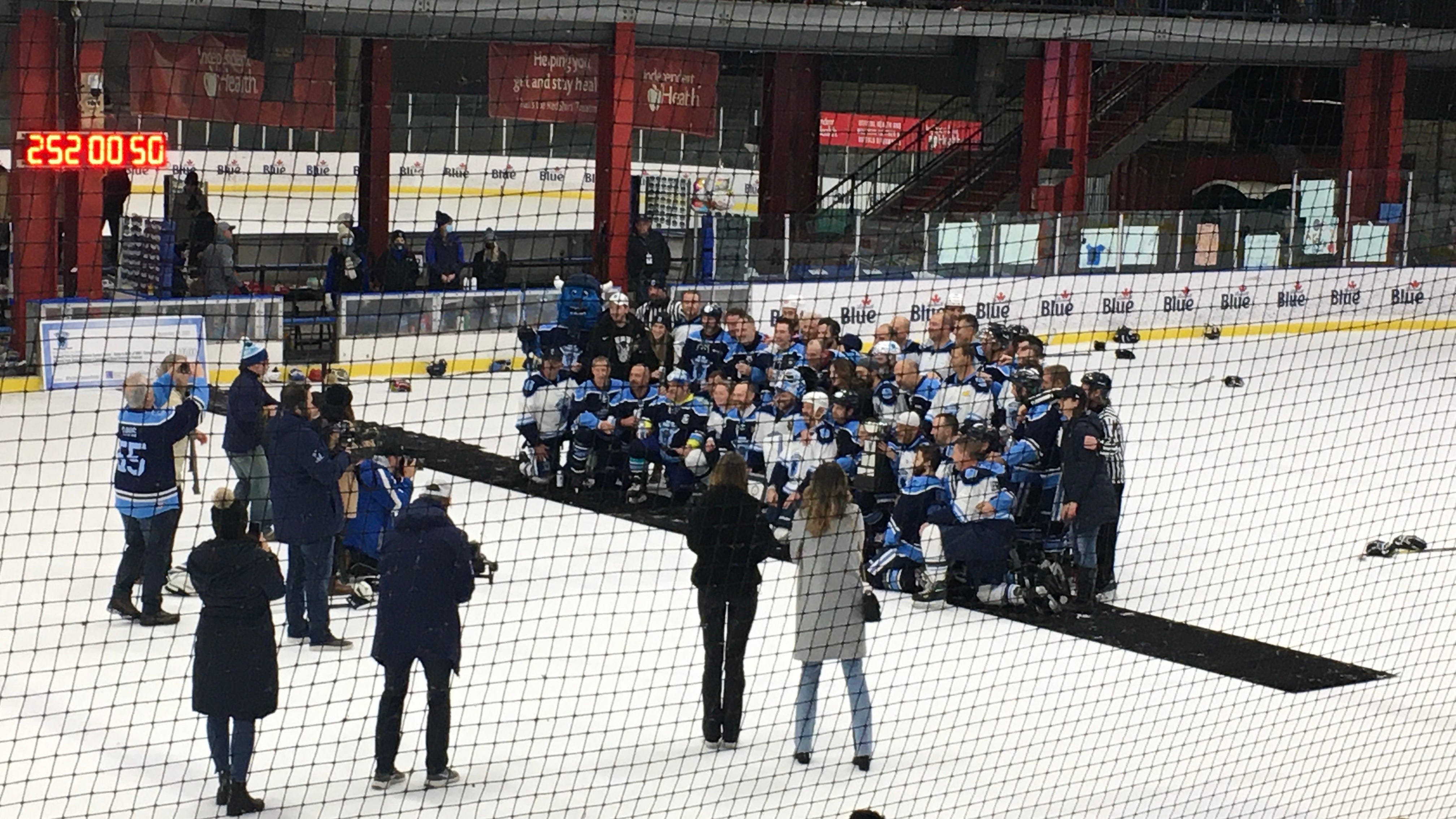 11 Day Power Play to return to Harborcenter in 2022

Co-founder of the 11 Day Power Play, Amy Lesakowski, says the group is on the verge of eclipsing their $1 million goal set before every year's event, but she even admits that donations are slightly down from years past.

"In 2019, we exceeded our $1 million goal before puck drop. We'll probably hit our $1 million goal just after [this year]," said Lesakowski. "So considering that it's not too far off, it really just goes to show how much our community supports the cancer cause. Everyone is affected, and they know it's still important to donate to research at Roswell Park, Camp Good Days, Make A Wish, and Oishei Children's Hospital, right in our backyards. It's important for us to support those organizations, who are still feeling the effects of COVID."

As of Wednesday, the 11 Day Power Play was sitting at around $920,000 of donations with the puck set to drop on the event Thursday morning.

"It's pretty unbelievable, considering we just came off of a world record game in November, raising $2.1 million. And here, still during the pandemic, everyone's struggling, and our community has, once again, not disappointed," Lesakowski said.

Over the years, it seems as though there are more and more places and organizations to give donations to as a kind charitable gesture. However, with the prices of essential goods and other necessary resources on the rise, it may be harder to find people to be able to donate and give to any charitable cause.

"One of the things that we're seeing, for example, is more targeted giving," Weiner explained. "Let's use the East Buffalo Tops mass shooting event, people want to make sure that money is going for a very targeted purpose in response to that community and the families that have been so negatively impacted as a result of that event. COVID is another example. For the last two years, you've seen a lot of government support, a lot of charitable support, targeting very specific operating practices. Whether it's food access, transportation, housing assistance, all geared towards no longer general contributions, but very targeted ones."

When it comes to more targeted campaigns by certain organizations, Weiner believes this trend is going to continue for a while.

"I think the corresponding contribution that's creating even more challenge is as we move towards a potential recession, the costs of goods, the cost of gas, the cost of food, going to a restaurant, these are contributing to individual donors second guessing whether they have sufficient assets to make a contribution in support of a charitable cause.

"I don't see this changing given the economy, given tax deduction laws, which right now don't create a lot of incentive for people to make contributions from a tax benefit standpoint. The competing interests or where money will go or where donors perceive the highest priorities to be. I think those are economic and political challenges that are going to remain with us for some time."

While the cost of everything in today's economy has had an effect on donations for the 11 Day Power Play, Lesakowski can also attribute a lower donation rate to the quick turnaround that came with the 2021 event happening in November.

"I think it was a little bit more difficult for players to get their fundraising pages out there to the community," she said. "We're seeing an uptick just in recent weeks. It's almost like, 'Oh my gosh. The event's coming, it's right around the corner. We need to start fundraising.' They know that at check in here at Harborcenter, their fundraising goals need to be met, and they're doing a great job. And here we are, very close to puck drop, at $920,000."

What more can certain groups or organizations do, or what have they done to ethically encourage more people to donate to their cause during difficult economic times?

"We encourage our players to be very visible on their social media, be patient," Lesakowski said of their efforts. "Most people during this time will donate closer to puck drops, and just keep pushing, don't give up. We've got a lot of resources, we have a Fundraising 101 that we give to our players, which gives them ideas on having their own fundraiser. Whether it's a beer blast, meat raffle, everyone's creative in their own way, and it's really interesting to see these teams come together to come up with these creative ideas and fundraise."

As for Weiner, he sees the potential for the online presence of donations not only continuing, but also rapidly increasing with the next generation of donors.

"We can still stay in touch with individuals using social media, using digital ways of giving is a workaround that has had some good success. We've seen that across the country for all charities, not just United Way," he said. "This is a promising outcome. It's a workaround, is that ideal? Maybe not, but it is a way of continuing to maintain a relationship with a donor, build new relationships with new donors, and at the same time be able to showcase what the needs are of the community, and hopefully garner sufficient support to address those needs through charitable giving.

"We're attempting to tailor some of our strategies to stay connected to our future and younger donor cohort, as well, because we think that that's the right approach to take. We're going to continue to work with our corporate supporters and hopefully see sponsorship and corporate support rebound. When COVID hit, we saw a lot of reductions, because businesses were dramatically, negatively impacted. These are some of the trends that we're going to continue to address proactively to the extent we can."