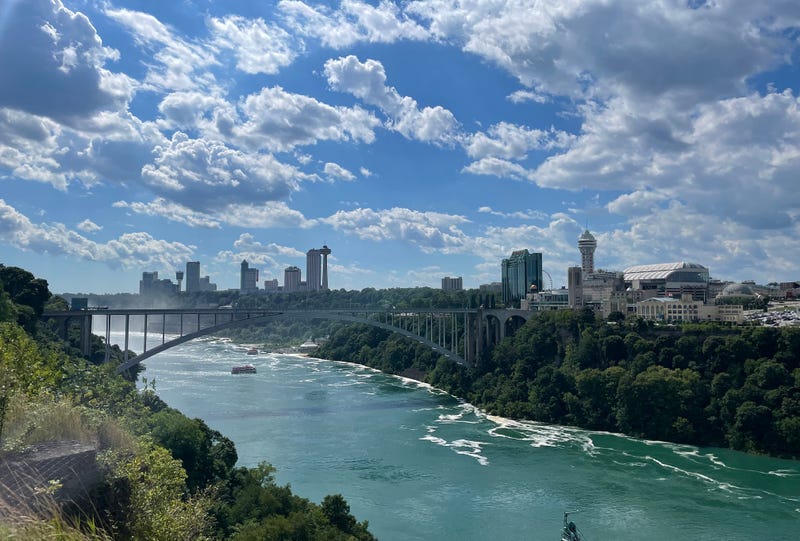 Niagara Falls, N.Y. (WBEN) - The latest extension of COVID-19 restrictions at the United States-Canada border are set to expire on Friday, Sept. 30, and it seems like the Canadian side is preparing to return to pre-pandemic days.

There has been speculation that the vaccine mandate will be ending for international travelers, as well as random testing requirements and the use of the ArriveCAN app for anyone entering the country. 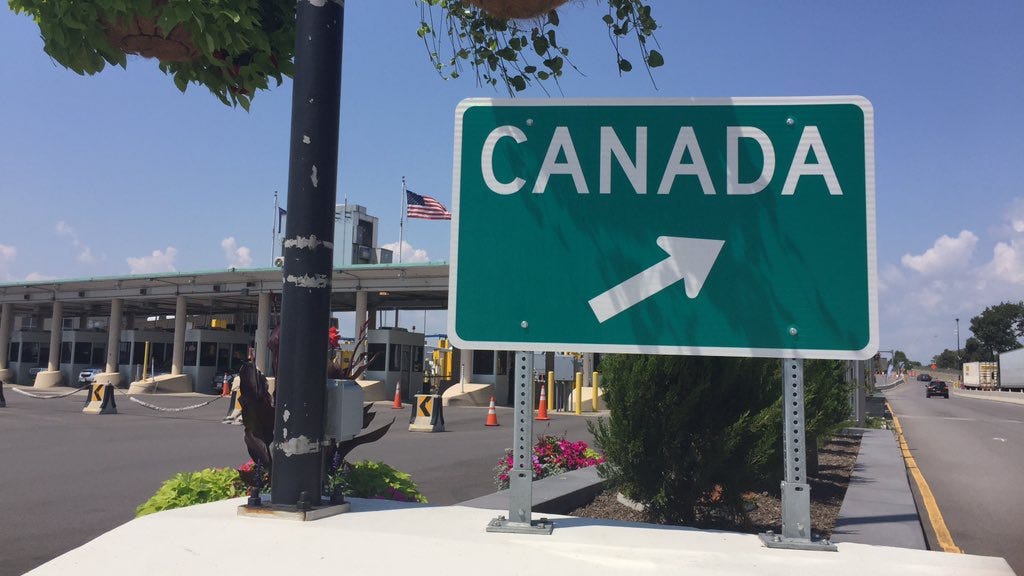 However, there has been no word yet from the U.S. side of things with regards to the future of any restrictions or measures at the Canadian border beyond Sept. 30.

In an attempt to ensure a return to normalcy at the U.S.-Canadian border, Congressman Brian Higgins is calling on the United States to end COVID-related restrictions at the border. Higgins' new push for U.S. action follows multiple published reports citing sources within the Canadian Government who are saying Canada will not extend any border restrictions.

“The time is long overdue for the United States to cease its own COVID-19- related restrictions on our northern border,” Higgins wrote in a letter to the Department of Homeland Security Secretary.

If the COVID-related restrictions at the U.S.-Canada border are not extended beyond Sept. 30, many in Niagara Falls, Ontario, including Mayor Jim Diodati, feel it's a move that's been long overdue.

"﻿It's unfortunate it took this long for us to wake up and smell the coffee, but I'm grateful that we're finally there and we're going to remove all the restrictions and have that free-flowing border, that we always have come to enjoy," said Diodati on Wednesday.

While Diodati is looking forward to the potential of border restrictions being lifted between the U.S. and Canada, Niagara Falls, New York Mayor Robert Restaino admits that he remains cautiously optimistic going forward.

"As you may know, myself and Niagara Falls, Ontario Mayor Jim Diodati sent a letter to both the President and the Prime Minister asking them to please help us recover. We know that the rest of our respective countries are going through a recovery effort, and we continue to be frozen out, based upon all of these restrictions regarding our borders," said Restaino on Wednesday. "What I always hesitate on his whether or not that all-of-a-sudden, Sept. 27, there's a report from the health ministry that we're going to extend for another 30 days. I have my fingers crossed."

Restaino is confident that there is either going to be a complete removal of COVID-related restrictions at the border or a loosening of what's already in place. However, he knows that anything that continues to hinder a person's ability to travel across the border will keep people from wanting to make the passage.

"We've seen it before, we've had positive vaccination numbers, we've had all of the data that looked like we should be able to move into the next direction, but it just didn't happen," Restaino said. "I've seen stranger things happen over the course of the last several months, but I'd like to think that there is more traction now. The voices are a lot louder, and others are really looking at this and thinking, 'Does it really make sense?'"

"I know there's a lot of pressure on our government to open things up," added Diodati from the Canadian side of things. "I know that President [Joe] Biden made a comment that this is over, I know that the World Health Organization has indicated that we're coming to an end. And I think people have learned that we're gonna have to live with COVID, in the same way that we live with other things. When you're sick, mask up, and some common sense things. At one time, it was a badge of honor if you still went to work when you're sick. Well, today, we're saying, 'No, you know what, if you're sick, stay home, please.'

"Certainly there's always concerns, but I know one thing, it's better today than it was yesterday, and every day gets a little better. Things get a little looser, and a little more back to normal."

If the restrictions at the border are ended completely after Sept. 30, it will be much welcome news for both Diodati and Restaino, especially after two-plus years of being held back due to the COVID-19 pandemic.

The impact will certainly be felt on the business side of things for both U.S. and Canada, especially for the tourism industry. In Canada, Niagara Falls remains the No. 1 leisure destination in the nation, with 25% of their 20 million visits a year being from the States. In addition, Americans represent 50% of the revenue made for the City.

"I've made a suggestion to our federal and provincial tourism ministers, I said, 'Why don't we have a grand re-opening of Canada? We'll get a massive ribbon, we'll get the Prime Minister and the Premiers here, we'll cut it, we'll roll out the red carpet and let the world know that we're open, once again, for business,'" Diodati said. "Believe me, we have missed all of our American friends in a big way. ... Domestic tourism here in Canada, it's gotten back to better than pre-COVID numbers. The American tourism, of course, has been a little slower coming back because of the border restrictions, but we're in a good place here. We've come through this, we've learned a lot.

Not only does the border re-opening fully go well-beyond tourism and business, it will also be an added relief for many families who may have missed out on so much over the course of two-plus years.

"Beyond tourism, these two communities really are like one neighborhood," Restaino said. "You've got families that straddle both sides of the border. You've got people here who have vacation properties there, and vice versa, from Canada to here. So there's really been this, sort of, impediment to people just having a think-free life that they've had between Niagara Falls, USA and Niagara Falls, Canada forever. Not only is it a boost for hospitality, I think it's also a boost for families and friends too."

When Oct. 1 comes and if the people are finally able to travel freely across the U.S.-Canada border for the first time since March of 2020, both Diodati and Restaino feel it will be a giant sigh of relief, and a feeling of normalcy once more.

"As we do more and more things outdoors - we're getting back to festivals, and we're doing parades - you can really see there's a sense that people are just sort of exhaling and wanting to get back to the way things were," Restaino said. "This is like that final step to really say, 'OK, things really are back to normal again, and we can really start to have that freedom that we've always enjoyed across the Northern border without all of these other impediments."

Even though the summer months have come and gone with people unable to travel freely across the border both ways, both mayors feel that there's still the potential for a strong finish to the 2022 year.

"We're coming into our shoulder season. Unfortunately, we didn't have the borders opened up the way they should have been during the summer, but the shoulder season's still strong," Diodati explained. "We're coming into the Winter Festival of Lights, which starts in November, which a lot of people like to come in and enjoy the millions of lights that we put up all around the Falls. So we think it'll be a gradual rebuild over the shoulder season, and then come spring next year, we expect 2023 to be the best year we've had in a long, long time."

"I know that here in the city, we have a number of fall events, outdoor events. Given the fact that there have been some technical adjustments to the restrictions, we've already seen some of our Canadian friends coming back over. But if this gets freed up, I think that the opportunity for us to, again, enjoy that influx of Canadian travel into our area, it'll explode," added Restaino.