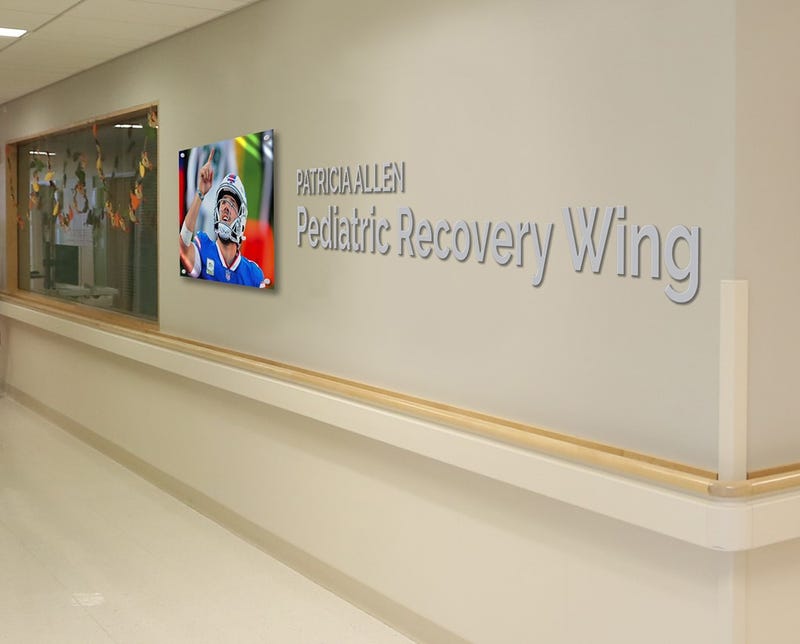 Buffalo, N.Y. (WBEN) - The Buffalo Bills, Josh Allen and the Bills Mafia are making headlines during this bye week as a new wing at Oishei Children's Hospital has been named in memory of Allen's late grandmother, Patricia Allen.

#Billsmafia With @JoshAllenQB input, we're naming a wing on our sports themed floor, a playroom to recognize you & creating the 'Patricia Allen Fund' to proving ongoing support to our pediatric critical care team, who is the only team of its kind in the region. pic.twitter.com/As6RNc16dQ

In addition, following the recent outpouring of support to the hospital from Buffalo Bills fans locally and worldwide, the hospital has announced plans to launch a new fund to honor quarterback Josh Allen’s grandmother.

Hospital and foundation leadership met virtually with Allen earlier this week and have determined plans for recognition and ongoing patient support thanks to nearly $700,000 in donations from Bills fans who were inspired to donate because of his partnership with the hospital.

On the hospital’s tenth floor, themed as the sports floor, where Josh’s jersey already hangs with other NFL legends like Jim Kelly and Thurman Thomas, the hospital has named a wing after Josh Allen’s grandmother. The west wing will now be known as the ‘Patricia Allen Pediatric Recovery Wing.’ They released mock-ups of the proposed recognition including a plaque with Josh’s photo of him pointing to his grandmother in the sky during the Seahawk’s game and large signage with her name.

In addition, the tenth floor playroom, which is within the new ‘Patricia Allen Pediatric Recovery Wing,’ will now be named ‘The Buffalo Bills Fans Fun Zone’ in recognition of the incredible support from Bills fans all over the world for the hospital in Patricia Allen’s honor.

“We really felt this was the perfect way to honor Patricia and recognize Bills fans for this incredible support of our hospital,” said Allegra C. Jaros, president at Oishei. “With the wing being located on our sports floor which is already outfitted with lots of Bills and football memorabilia and graphics, we couldn’t think of a better place.”

With Josh’s input, the hospital has also launched the ‘Patricia Allen Fund,’ which will provide ongoing support to the pediatric critical care team at Oishei Children’s Hospital who provide life-saving care to pediatric patients. This team includes the pediatric transport team who transfer over 800 patients annually to Oishei Children’s Hospital from all eight counties of Western New York and Northern Pennsylvania. This incredible team is the only one of its kind in the region and provides care and treatment in the most critical situations. The ‘Patricia Allen Fund’ will help ensure this team receives necessary equipment, training and support they need to be ready for any life-saving traumas or events. The ‘Patricia Allen Fund’ will also help families in need with support for things like emotional support, meals, programming and activities while in the hospital.

“I am humbled by the incredible generosity that has poured in over the past several days in honor of my grandmother. It means the world to me and my family and we are very grateful these donations will go toward helping save many lives for years to come,” said Josh Allen.

With the fund now established, this will give donors an opportunity to continue contributions in memory of Patricia Allen and a chance for Josh to make an even greater, long-lasting impact on patients at Oishei Children’s Hospital through our wonderful partnership and ongoing initiatives together.

The Foundation and hospital teams plan to continue working with Josh each year to oversee how the donations are used to support the kids and families of Western New York at Oishei Children’s Hospital. 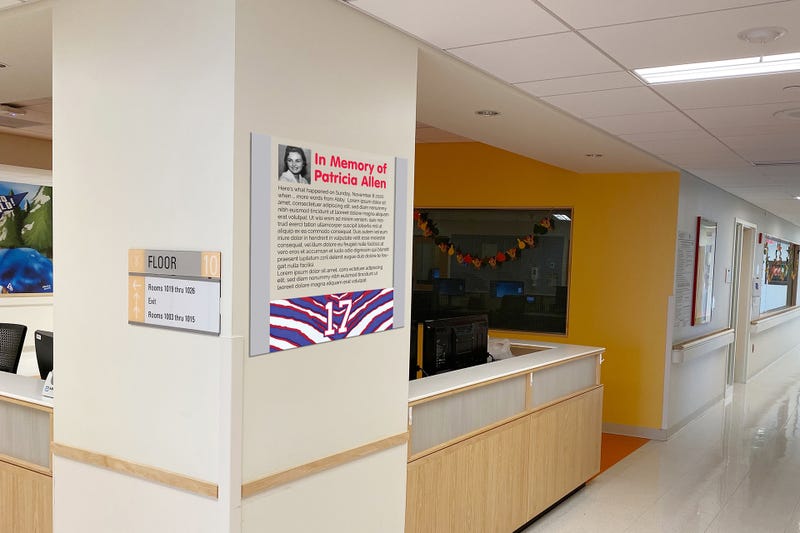