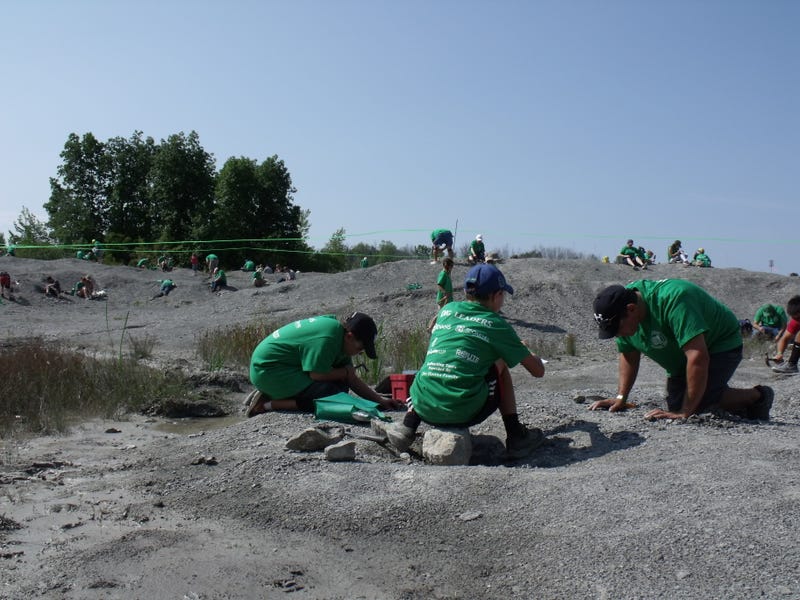 (WBEN Buffalo, NY) The Penn Dixie Fossil Park and Nature Reserve has announced that they have set a new Guinness Worl Record for the World's largest Fossil Dig. They held the event on August 15, 2018 and now their win has been certified.

A news release sent out this weekend says:

Our attempt to set the first-ever GUINNESS WORLD RECORDS™ title for the World’s Largest Fossil Dig on August 25, 2018 is certified. Thanks to 905 fossil diggers who participated, Penn Dixie is now the inaugural record holder for this category! The number one fossil park in the U.S. is now also the official home of the largest fossil dig in the world!! We thank the many community members, partners and business organizations, and media outlets that made this event possible.

The event provided a unique logistical challenge. In addition to being the largest fossil dig attempted by any group on the planet, this event was also the second largest program in Penn Dixie history. We had to recruit and organize dozens of unaffiliated volunteers (stewards) to monitor hundreds of participants. We had to prepare our park for the attempt by designating multiple collection zones and ensuring that all participants would be digging in a coordinated fashion for 30 minutes with proper collecting tools and attire.

Briefing nearly 1,000 participants prior to the attempt was another challenge that we achieved thanks to our enthusiastic volunteers and staff. Following the attempt, we needed to collect specimens from all participants and have them reviewed by unaffiliated professional paleontologists on site to make sure that the fossils were acceptable to the GUINNESS WORLD RECORDS™ review committee. 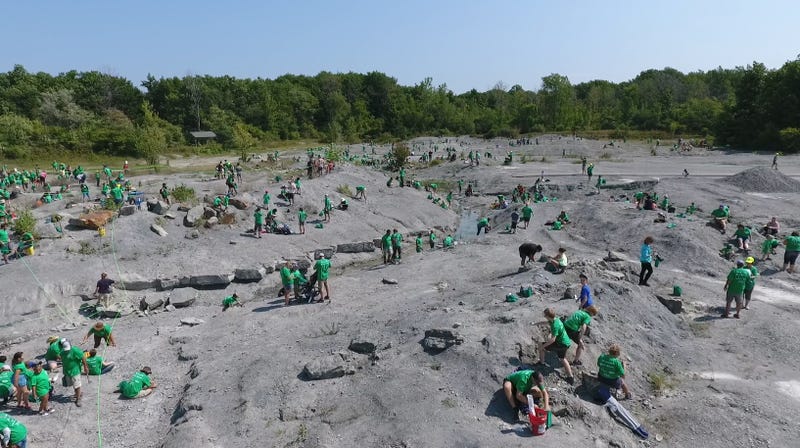