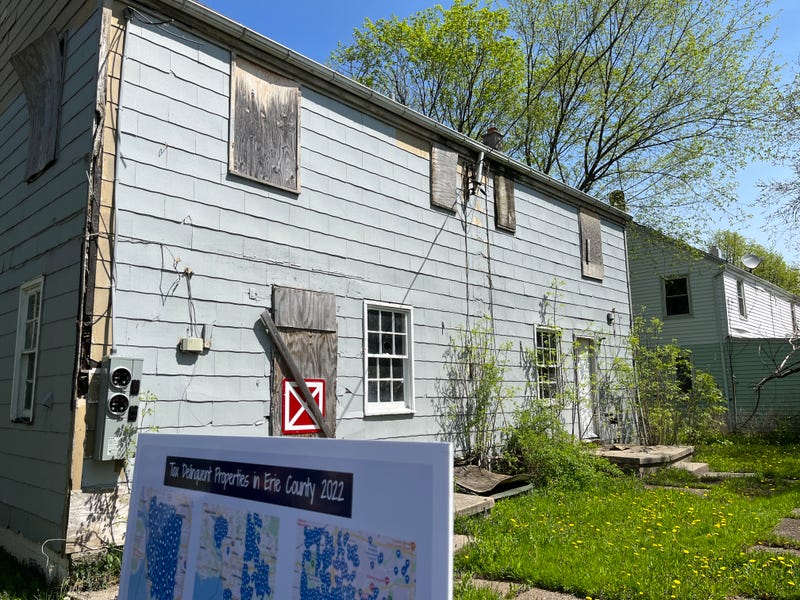 TONAWANDA, N.Y. - This vacant building is one of thousands in Erie County that has outstanding taxes and is referred to as a "Zombie Property." Photo credit Max Faery, WBEN
By Max Faery, WBEN.com Newsroom

Municipalities have faced issues around vacant homes with mortgages, referred to as 'Zombie Properties,' as well as vacant tax delinquency properties that have been around the community for many years without any maintenance, other than what was necessarily provided by municipalities.

"Zombie properties are a blight on communities; this report hopes to shed light on an emerging issue we refer to as 'Tax Zombies.' There are currently 13,262 properties throughout Erie County that are delinquent on their property taxes and our report provides common sense recommendations to both address current Tax Zombies and prevent future ones," said Erie County Clerk, Michael Kearns.

"The vast majority of these properties are going to be occupied right now. What we're trying to get at is preventing more situations like the one we see behind us," says Kate Lockhart, Director of Vacant and Abandoned Property Program at the WNY Law Center, motioning to the vacant, unkempt property of 10 Hurst Court, which hasn't been occupied in several years.

When someone falls behind on their taxes in Erie County, they can be charged up to 18.5%, which is a lot in interest. Once that starts to happen, it makes it very difficult for a homeowner to get current once they're behind. Unfortunately, the county currently has a policy that they will negotiate payment plans only with people once they're in a foreclosure action and the county chooses about 12 to 1300 of these properties that are delinquent every year to foreclose on," added Lockhart. "So if you're not chosen to be foreclosed on, you don't have the opportunity to negotiate a payment plan with the county." 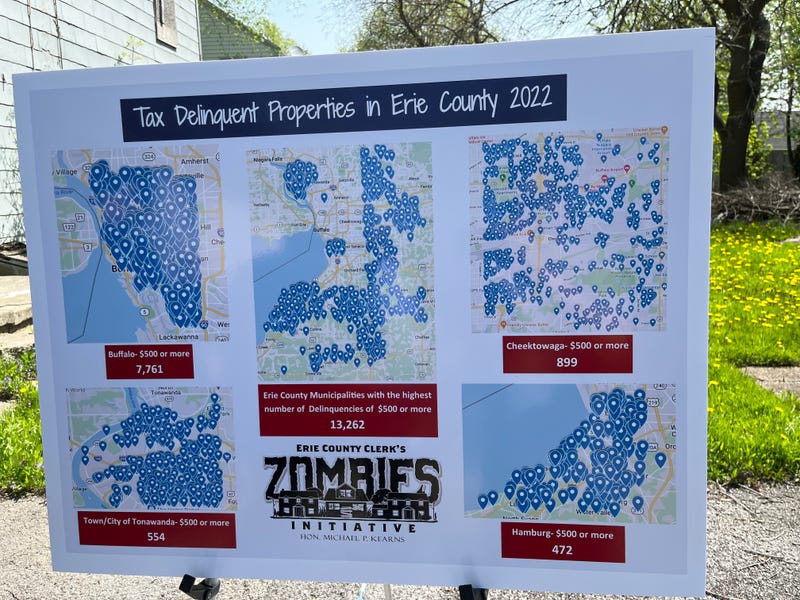 So what's the plan of action? Kearns says that when he was Albany he passed the Foreclosure Relief Act of 2016, which means properties have to be maintained by the banks and the service providers. "We hold them accountable. Right now. Nobody is holding Erie County accountable."

"What we're asking of the county is to be more proactive when people are delinquent, to prevent severe delinquencies, where people could be in danger of losing their home, it's dripping equity from homes," said Lockhart.

In addition to lowering the tax interest penalty, federal funds can be used for abandoned properties, "Erie County is in a very unique situation. We included a memo in our report from the Center for Community Progress that talks about utilizing those federal funds for addressing vacant and abandoned properties. The federal government has explicitly come out and said you can utilize those funds to address vacant and abandoned properties and we think that these tax zombies could be addressed right now utilizing those funds while the market is hot while there is demand out there for housing to create more safe and affordable housing for people to transition into as we know it is a tight market," said Lockhart.

To listen to the full conference, see the player below: