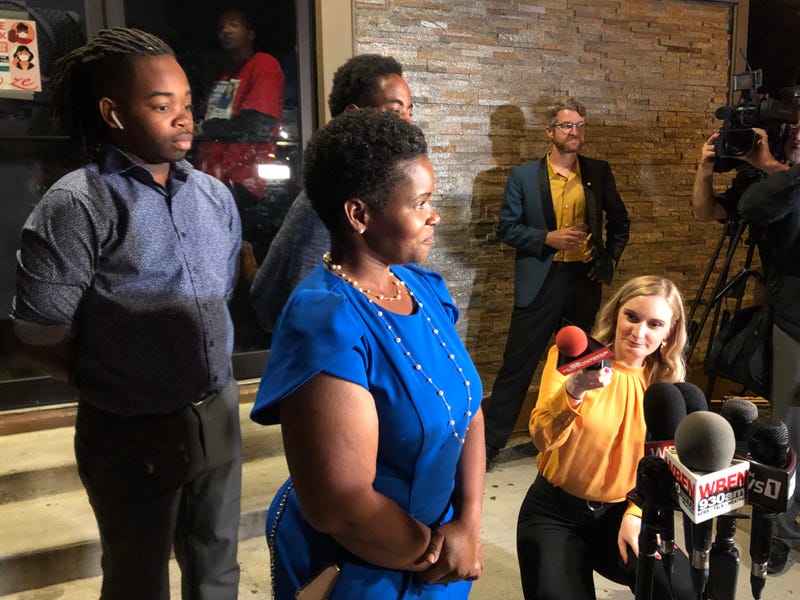 "I hate to say I told you so," said Walton as she addressed supporters shortly after 11 p.m.

The result was so shocking that it received national attention and was trending on social media.

Brown was holding on to hope late Tuesday, saying he'll wait for the final votes and absentees to be counted, but Walton possesses a fairly comfortable lead with a very small percentage of votes to be counted.

"We're going to make sure that each and every vote, that every single vote is counted," said Brown.

NOW: @Indiawaltonbflo speaking in front of a packed house of supporters.

“If you’re in an elected office right, you are being put on notice.” pic.twitter.com/8OST6zqyHY

"I received a call from Congresswoman AOC this evening, and I'm just excited to be a part of this movement that is ushering progressive politics into Buffalo," said Walton.

The Brown campaign was very quiet following the mayor's speech, so it's unclear how long this process will play out or what his next move may be.

Regardless, Walton spoke about what this moment means for her and her family, and where her priorities lie in the immediate future.

"Women belong in positions of leadership," she said. "My first priority is getting out into the community and listening to the concerns of the people. Over the course of the next six months until January when we take office, we are going to be planning our transition so that we can hit the ground running come January 2022."

Walton was born in Buffalo and became a working mother at 14. After earning her GED while pregnant, she went on to become a nurse in the same hospital where her twins were born.

One potential opponent for Walton in the general election, Scott Wilson, filed paperwork to appear as a candidate on an independent line, Better Buffalo, but his designating petitions are being challenged for falling short of signatures.

Election officials are expected to rule on the matter Thursday.