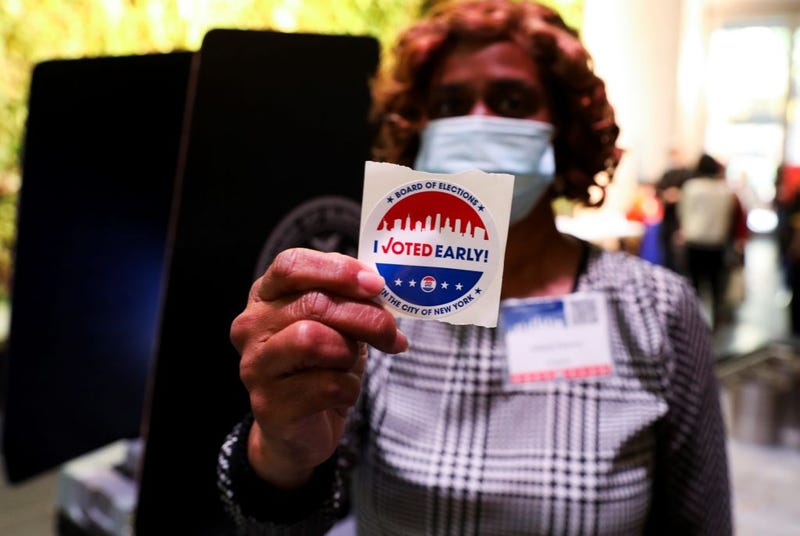 Buffalo, N.Y. (WBEN/AP) - Voters in Buffalo, Western New York and across the state waited in long lines for hours to cast their ballots in the second day of early voting in the presidential election on Sunday.Gov. Andrew Cuomo said Sunday he didn't have turnout numbers yet, but that “I heard that there was a tremendous number of people voting, which is very exciting.”

The Erie County Board of Elections reports 13,262 ballots were cast on the second day of early voting for the Tuesday, Nov. 3, 2020 general election.

Based on adjusted numbers from Saturday, 28,214 ballots have been cast since early voting began Saturday at noon. That figure represents 4.5% of Erie County’s nearly 630,000 registered voters. By comparison, there were 26,514 ballots cast in Erie County for all nine days of early voting in the 2019 general election.

Downstate, Rep. Alexandria Ocasio-Cortez, who waited in line for 90 minutes to cast her ballot at the Parkchester polling site in the Bronx on Sunday morning, called hourslong wait times at many polling locations unacceptable and a form of voter suppression.

“It was a thrill to see how many people who are overcoming this injustice waiting in the lines anyway, bringing community supplies, snacks, lawn chairs,” the Democrat said at the site, where voters started arriving at 6 a.m., four hours before the polls opened. “We are going to overcome this hurdle, so we can elect the folks that will make sure that this is not a problem in the future.” 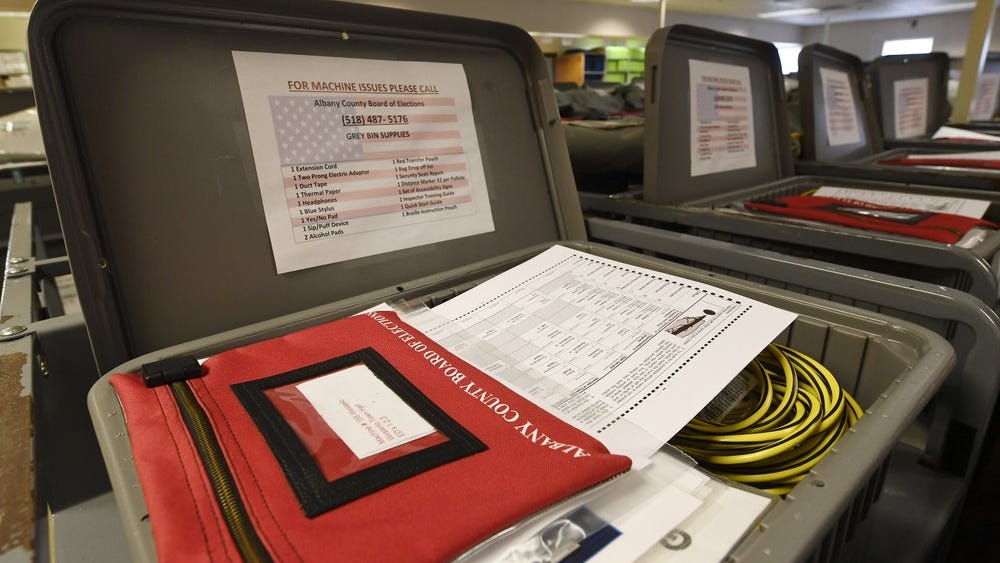 The New York City Board of Elections said 93,830 people voted on the first day of early voting Saturday, nearly double the total number for all nine days of early voting for the primaries in June.

Turnout was also heavy in upstate New York. In Syracuse, voters lined up down the block outside a polling site at a community center Sunday morning. Dustin Czarny, Onondaga County elections commissioner, said 8,473 of the county’s 328,052 registered voters had checked in to the polls as of 1:45 p.m. Sunday, surpassing the total votes on the first year of early voting in New York in 2019. “Other than seeing some long lines, we did not have any reports of any major issues,” Beth Garvey, special counsel and senior advisor to Cuomo, said at midday Sunday.

Brian Warner, one of hundreds of masked people who stood in long lines at Albany County’s six polling places on Saturday, took the waiting in stride.