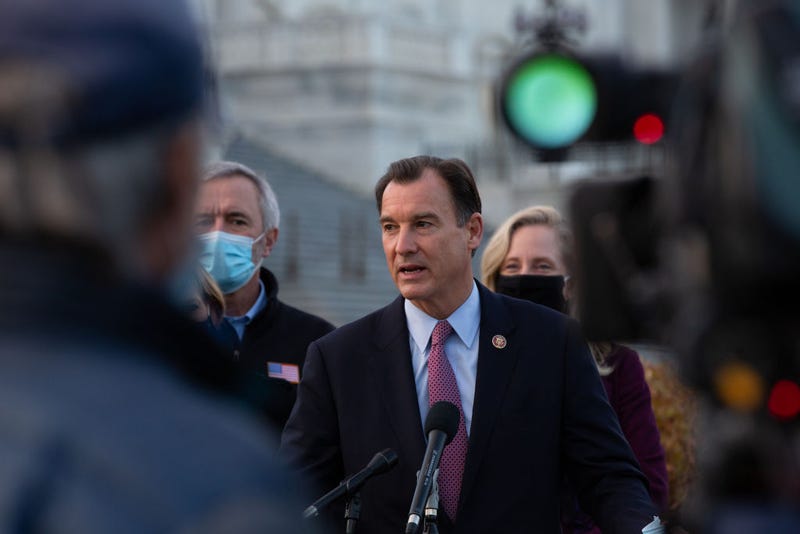 NEW YORK (WBEN) — After announcing his bid for New York governor, U.S. Rep. Tom Suozzi on Tuesday spoke about what inspired his decision to enter the competitive race.

Suozzi announced in a virtual news conference that he will be entering the 2022 gubernatorial race, joining a growing field of Democrats vying for the position.

He then told WCBS 880’s Steve Scott Tuesday that his decision was mostly based on the fact that he thinks he is “the most qualified person for this job.”

“Our state’s in trouble and they need my help,” Suozzi added.

Suozzi said that he thinks voters will look for three things when selecting the new governor: “competence, ideology and vision.”

He noted that he has the experience needed for the position and a record that proves he is able to push his goals forward.

“Everything I've done in my life has prepared me for this particular job at this particular time, not only my training as a certified public accountant and an attorney but, I was the mayor of my hometown of Glen Cove [and] the county executive in Nassau County,” he said. “I’m a common sense Democrat who gets things done.”

Suozzi also said that, if elected, he hopes to run a bipartisan administration that works for the people of New York.

“I'm not about the far-left to the far-right. I'm not about progressives, or moderates, or conservatives. I'm about what can we do to work together to actually solve problems that help real people in their real lives… that's what I've done throughout my career,” Suozzi said.

“I work with anybody who wants to get things done on behalf of the people I serve and that's what I would do as governor of New York State,” he added.

Of his main priorities as governor, Suozzi noted he wanted to reduce property taxes and reduce income taxes. He also hopes to fight growing rates of crime and “get violent criminals off the street.” He said he also wants to tackle New York’s homelessness issue and help boost education statistics throughout the state.

Suozzi also stressed that he will “continue to be a great environmentalist” and work to protect the nature of New York State.

New York Mayor Bill de Blasio, whose term ends this year, has also been hinting that he may enter the race.