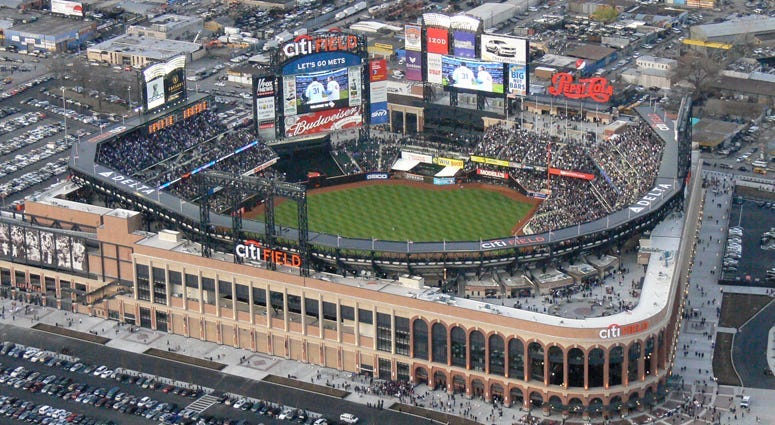 The Mets stadium at Citi Field has many decent concessions that offer beer, wine, liquor, and mixed drinks. While Bud Light Landing, Craft Beer Portable, Delta Sky360 Bar, Effen Vodka Bar and other vendors in the stadium supply fans with alcoholic beverages during the game, when it comes to a pre-game warm-up or a post-game celebration, fans have to look elsewhere. Fortunately, as Citi Field is on a major thoroughfare deep in the heart of Queens, they don't have far to go to find a welcoming waterhole. Here are just five of the best bars around Citi Field.

Visitors to Kelly's Pub almost universally use “colorful,” “authentic,” “welcoming” and “old school” in their post-visit comments. Others frequently call it a “dive bar” - but in a good way, as it is a favorite of locals and serves $5 cold beer and sensibly-priced, classic warm whisky in a no-frills, quiet and friendly atmosphere. Within half a mile of Citi Field, Mets fans in the neighborhood frequent Kelly's for dart matches and to celebrate and commiserate after games. Be warned, however, that Kelly's is cash-only and other than bar peanuts is a drinks-only establishment.

The A+ Roof Bar is so close to Citi Field that patrons can look down at it while they enjoy a cocktail. Situated atop the Parc Hotel, it also offers a view of LaGuardia Airport and the New York skyline. The hotel itself is a great place for out-of-town fans to stay, and houses both an Asian fusion and a seafood restaurant on the premises. Both restaurants and the bar are open to the public as well as to guests of the hotel. The A+ also puts on a great happy hour – and one that is especially happy if the Mets managed to win that day.

The COOP Restaurant and Bar

Owner Hylee Choi runs a restaurant and bar that is as warm and welcoming as her smile. The atmosphere is perky, just like her, and the while the food at the bar is tempting, it is merely a small sample of the wonderful Korean menu in the restaurant. The COOP specializes in Korean-style chicken (fried, marinated or sweet with chili) and its Korean pancake dinners and stews are not to be missed. The COOP, however, is as much a bar as it is a Korean gastropub restaurant, with a full cocktail menu. The COOP is less than a mile to the east of Citi Field in Flushing.

Miller's Ale House is a bit over a mile from Citi Field, and as such is not just any old sports bar, but one dedicated to Mets fans. Miller's has all the amenities and ambiance one would expect from a sports bar, especially one situated so close to a major league stadium, but it is also more than just your typical gathering place for fans. Miller's is well-known for its signature cocktails (which come in pitchers!) and a wide selection of craft and imported beers (75 varieties at last count), but also for its food – especially its filet mignon. It is also very, very affordable, with $3-$5 drink specials and early bird dinner specials (8 choices for $8.95). A short taxi ride from the stadium, Miller's is easily one of the five best bars near Citi Field.