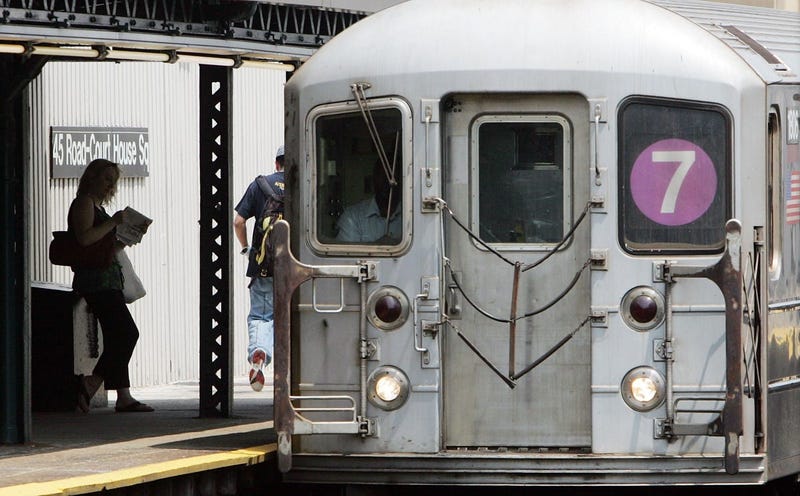 Even for veteran New Yorkers, driving to and from and then parking at Citi Field is a challenge. Traffic, weather, construction, and accidents can cause major delays on a route that takes about an hour even on the best of days. There are five parking lots at Citi Field which, depending on the date and time, can cost anywhere from $25 to $40 to park for a game or an event. There are several satellite parking lots located anywhere from a half mile to up to a mile away, for between $12 and $24. Regular visitors to Citi Field often carpool, share a taxi/Uber or, better yet, take a bus, train or subway, with rail service being the most reliable and best bargain. With that in mind, here are the best ways to get to Citi Field from Manhattan, Brooklyn, Long Island, New Jersey, and points far away.

The best way to get to Citi Field from Manhattan is by subway from downtown or by train from Penn Station. It is a short 19-minute ride from Penn Station to the Mets-Willets Point Station, and is far less expensive than a taxi or an Uber, or paying to park a private car at the stadium. The 7 line train also goes to Mets-Willets Point Station from Times Square, 5th Avenue, and Grand Central Station. Those who must drive can reach Citi Field from Manhattan via the Grand Central Parkway. Although it is only 12 miles from the Upper East Side to the stadium via the parkway, the drive will likely take at least 40 minutes.

Most subway trains in Brooklyn connect to the 7 line which takes passengers right to the stadium's Mets-Willets Point Station. The LIRR also goes through Brooklyn to Citi Field, but that requires passengers transfer first at Jamaica Station and then again at Woodside. It is actually better to go by subway to Penn Station and to pick up the LIRR there for Mets-Willets Point. Those who wish to drive from Brooklyn should pick up the Jackie Robinson Parkway. Alternate routes are I-278 E and I-495 E. Although it is only 12 miles to the stadium, the drive is rarely doable in much under an hour.

The easiest and least expensive way to reach Citi Field from Long Island is to take the Long Island Railroad (LIRR). The LIRR operates a direct service to the stadium via the Port Washington Branch line. Trains from Port Washington arrive every 30 minutes at the Mets-Willets Point stop at Citi Field. Passengers who board in Port Washington can expect to reach their destination in under half an hour. Driving from Long Island is possible but not recommended. Route I-495 W goes directly from Ronkoma on Long Island to the field, but the 41-mile-long journey takes at a minimum just over an hour – and that is if traffic and construction and the weather cooperate (which they rarely do).

Trains from Newark's Penn Station are the best way to reach Citi Field from New Jersey. New Jersey Transit serves Manhattan's Penn Station, where passengers can transfer to the LIRR. The line 7 train stops at Mets-Willets Point Station. There are three routes for drivers going from New Jersey to the stadium: I-95 N, a combination of I-95 N and I-678 S or via I-495 E. The drive from Newark will take anywhere from at least an hour to an hour-and-a-half.

From Far Outside the Greater New York Area

Citi Field is within sight of one of the country's busiest airports. La Guardia is situated in Queens, on the shores of both Flushing and Bowery Bays. A new concourse with a dozen more gates was added in December, making La Guardia able to handle even more flights. Most major domestic airlines service La Guardia, which means that Mets fans (or anyone else going to Citi Field) will have a slightly easier time flying in for a game or an event. While it is walkable (4.2 km or 2.6 miles) in about an hour, it is much quicker to take a taxi or call an Uber. There is a direct shuttle to the stadium operated by the Jayride company and city buses leave from La Guardia's Terminal B frequently, and both are far less expensive than other forms of vehicular transport.