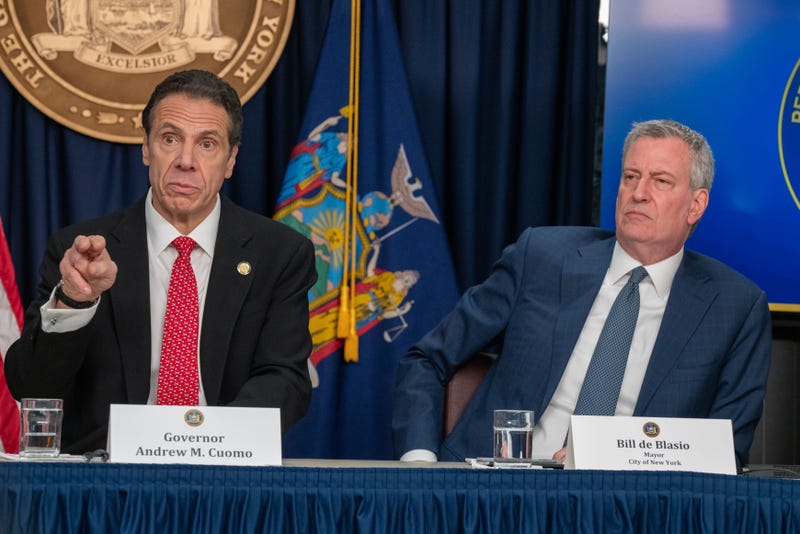 Asked on “CBS This Morning” if Cuomo should be criminally charged, de Blasio said, “It looks like it.”

Pressed further by correspondent David Begnaud, de Blasio said, “Yeah. If you assault a woman, if you do something against her will sexually, that's criminal. And the Albany County District Attorney is looking at that and I think he should be charged.”

WATCH: @NYCMayor Bill de Blasio discusses his reaction to Governor Cuomo's refusal to resign after a sexual harassment investigation. He also discusses the city's new vaccine mandate for indoor activities and his thoughts on a mask mandate. <a href="https://t.co/Opsk2t4szX" rel="nofollow" class="outbound-link" target="