NEW YORK (WCBS 880) – Just hours after the FBI's Tampa field office confirmed the discovery of human remains at a Florida reserve -- as well as items belonging to Brian Laundrie -- his family's attorney said it's likely the remains are that of Laundrie.

In an appearance on "Cuomo Prime Time" on CNN, Laundrie attorney Steven Bertolino said the possibility is high that the remains found Wednesday are that of Brian Laundrie.

“The probability is strong that it is Brian’s remains but we are going to wait for the forensic results to come in to verify that.” pic.twitter.com/jrMOdnjcTC

Bertolino told Chris Cuomo that the family is heartbroken over the discovery of Brian's personal items and possible human remains, saying, "The probability is strong that it is Brian’s remains but we are going to wait for the forensic results to come in to verify that.”

As for why the parents opted to visit the reserve today, Bertolino said it was in part because it had finally become open to the public Tuesday, so they had asked and were permitted by North Port police.

Bertolino estimated the remains were located only about a mile or so from the park's entrance, and that receding water played a part in making the discovery.

He also called claims that the items were planted as "hogwash."

Bertolino also detailed that the claims of when Laundrie went missing and when the family knew he was missing as being "twisted." He also said he personally instructed Laundrie's parents to not speak to the Petito family or police.

“I can tell you the reason,” he tells @ChrisCuomo. “I told them not to…Everybody has the right to remain silent.” pic.twitter.com/tQ5iDYMmtn

5 p.m., Oct. 20: LAUNDRIE ATTORNEY SAYS PARENTS WERE AT RESERVE WHEN REMAINS WERE FOUND

"Chris and Roberta Laundrie were at the reserve earlier today when human remains and some of Brian’s possessions were located in an area where they had initially advised law enforcement that Brian may be," said Bertolino. "Chris and Roberta will wait for the forensic identification of the human remains before making any additional comments."

FBI Tampa revealed Wednesday what they found while searching for Brian Laundrie at Carlton Reserve Wednesday.

The FBI did not end up confirming the remains are that of Laundrie.

"These items were found in an area that up until recently had been underwater. Our evidence response team is on scene using all available forensic resources to process the area it's likely the team will be on scene for several days," said McPherson.

McPherson said they have no additional comment on activity in the search. Portions of Myakkahatchee Creek Environmental Park and Carlton Reserve will remain closed to the public until further notice.

"This is an active and ongoing investigation," said McPherson. "So we ask the public to maintain distance from any law enforcement personnel, equipment, vehicles and other related activity for the safety of the public and to protect the integrity of our work."

Chants of "Justice for Gabby" rang out seconds after the press conference ended. No questions were taken.

FBI Tampa is set to make a statement to the media in connection to Wednesday's findings in the search for Brian Laundrie.

MEDIA ALERT: #FBITampa will brief the media at 4:30 p.m. concerning today’s developments in the search for Brian Laundrie. The briefing will be held at the entrance to the Myakkahatchee Creek Environmental Park at 6968 Reisterstown Rd. in North Port, Florida.

The statement will come at 4:30 p.m. Wednesday from the entrance of Myakkahatchee Creek Environmental Park.

The sources said the remains were found near a backpack “consistent with items Brian Laundrie may have had.”

The revelation comes as the Sarasota County Medical Examiner's Office remains at the scene after the Laundrie family attorney said "articles" of Brian Laundrie’s were recovered in the area of the Myakkahatchee Creek Environmental Park, which is connected to the Carlton Reserve.

The FBI's Tampa field office said "items of interest were located at the Carlton Reserve this morning in connection with the search for Brian Laundrie."

The agency said an evidence response team was processing the scene.

UPDATE: Items of interest were located at the Carlton Reserve this morning in connection with the search for Brian Laundrie. An #FBI Evidence Response team is processing the scene. The reserve is closed to the public and no further details are available at this time. @FBIDenver pic.twitter.com/itOYRpY6fp

The Sarasota County Medical Examiner's Office was called to a Florida nature park after "articles" belonging to Brian Laundrie were found there Wednesday.

A spokeswoman confirmed to ABC News that the medical examiner's office was called to the Myakkahatchee Creek Environmental Park, next to the Carlton Reserve, where authorities have been searching since mid-September.

Tent now set up in the reserve.@8_plamison is up. pic.twitter.com/pB5anHGzj2

Minutes earlier, the Laundrie family's attorney, Steven Bertolino, said "some articles belonging to Brian were found" at Myakkahatchee after "a brief search off a trail that Brian frequented."

The 23-year-old fugitive's parents, Chris and Roberta, informed the FBI and police on Tuesday night that they planned to search the park Wednesday, and so authorities joined them there.

Chopper video from local station WFLA shows a tent up in a wooded area at the park Wednesday afternoon, while other video shows a mobile command center arriving at the scene.

Another mobile command center has shown up. pic.twitter.com/1zjTOuJP10

“Articles” belonging to Brian Laundrie were found at a Florida nature park where authorities have been searching for weeks.

The Laundrie family’s attorney, Steven Bertolino, released a statement after Laundrie’s parents, Chris and Roberta, were spotted at the park just north of their home in North Port on Wednesday morning.

“Chris and Roberta Laundrie went to the Myakkahatchee Creek Environmental Park this morning to search for Brian,” Bertolino said, referring to a 160-acre park that neighbors the 25,000-acre Carlton Reserve, where authorities have been searching.

“The FBI and NPPD (North Port Police Department) were informed last night of Brian’s parents’ intentions and they met Chris and Roberta there this morning,” he said.

“After a brief search off a trail that Brian frequented some articles belonging to Brian were found. As of now law enforcement is conducting a more thorough investigation of that area,” Bertolino said.

12 p.m., Oct. 20: OFFICER APPEARS TO TELL LAUNDRIE PARENTS ‘WE MIGHT HAVE FOUND SOMETHING’

Video from Fox News appears to show an officer telling Brian Laundrie’s parents, Chris and Roberta, “I think we might have found something,” as authorities search a Florida nature area for their son.

Chris and Roberta were at the 160-acre Myakkahatchee Creek Environmental Park on Wednesday to assist in the search for their son.

The park is next to the 25,000-acre Carlton Reserve, which authorities have been searching since mid-September.

Chris briefly visited the park with law enforcement earlier this month, reportedly to show law enforcement some trails that his son may have hiked, but the search was unsuccessful.

Chris and Roberta Laundrie were at the Myakkahatchee Creek Environmental Park, north of their home in North Port, as law enforcement searches the area for their fugitive son.

The couple left their home just before 7:15 a.m. Wednesday and were accompanied by at least one law enforcement officer, according to Fox News.

While the park reopened to the public on Tuesday after a weeks-long closure, it was closed again Wednesday, apparently in connection to the Laundrie search.

The attorney for Brian Laundrie’s parents, Steven Bertolino, told Insider that the couple was being “tortured” by protesters who’ve been a fixture outside their home in North Port, Florida, for weeks.

“They are being tortured in their own home by these protesters outside,” Bertolino said of Chris and Roberta Laundrie.

Additionally, the parents are "being followed when performing basic tasks like food shopping," Bertolino said.

"They are being harassed with lawsuits for a $40 sign that was more than likely on their property and should be considered litter," the attorney said. "And all of the foregoing is occurring when they have no idea whether their son is alive or not."

Duane Chapman, aka Dog the Bounty Hunter, returned home to Colorado as he recovers from an ankle injury sustained during the manhunt for Brian Laundrie.

However, sources close to Chapman tell TMZ that he’s still busy on the case and is sifting through some 4,000 tips he’s received since returning to Colorado from Florida, where he was on the ground searching for Laundrie for weeks.

In addition to the ankle injury, Chapman also suffered other injuries that haven’t been disclosed while working 20-hour days on the case, according to the report.

Once he recovers, Chapman plans to return to Florida, where he’s been spotted wading in marshes and combing through fields. 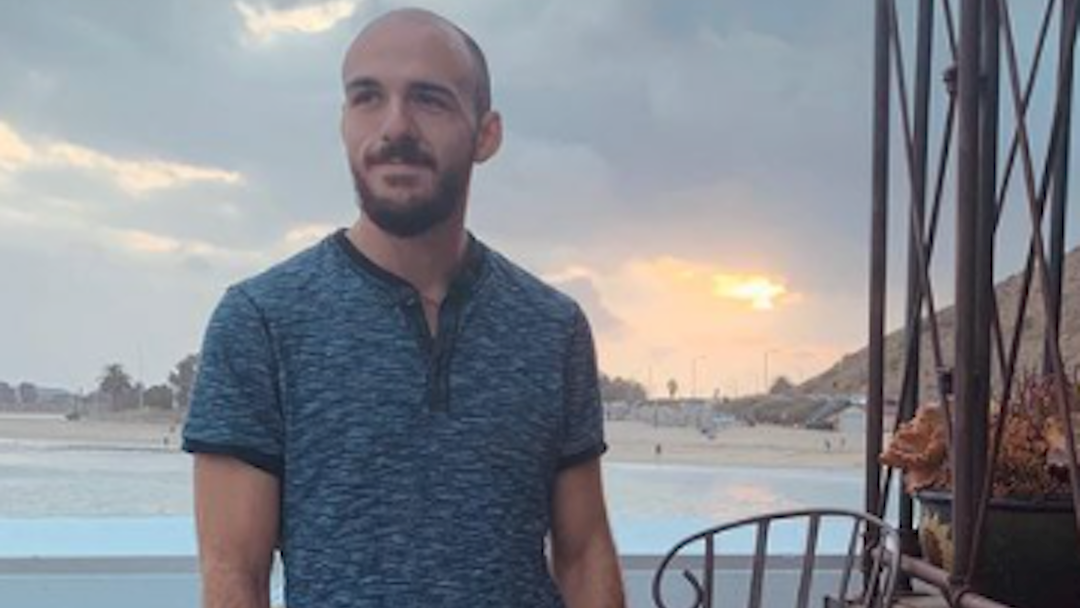