NEW YORK (WCBS 880) -- Traffic has returned to the Crossroads of the World, giving a significant bump to businesses that have weathered the pandemic storm.

"Ninth Avenue is now the old parking lot that it used to be, which is a tell-tale sign of people coming back," said Shane Hathaway, co-owner of Hold Fast Kitchen and Spirits, on the WCBS Small Business Spotlight, sponsored by Dime Community Bank.

Hathaway told Joe Connolly and Neil A. Carousso both foot and vehicle traffic has steadily increased this spring as many COVID-19 restrictions have been lifted.

"Times Square is rising up,” he said, adding, “It seems like there's a vibrancy that obviously was not there last year.”

"It's going to be interesting to see the difference between last summer and this summer," he said. 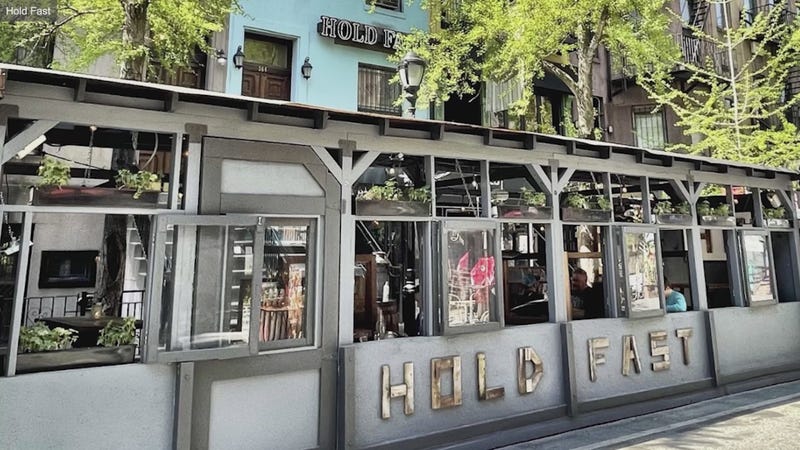 The restaurateur is hopeful New York City's $30 million tourism campaign and Broadway's reopening this fall will guide people past his establishment on Restaurant Row, which has stayed afloat because of outdoor dining.

"You're supposed to be outside of your building and we were able to extend to the next building by the wonderful graciousness of Judy the landlord who has allowed us to use the frontage of her space to expand ours - effectively doubling our space," Hathaway said.

He returned that act of kindness with a cocktail named "Judy's a Beauty."

“It's strategically placed right under 'Hold Fast Our Dreams,' which is our namesake, because she's helping hold us up," Hathaway said. 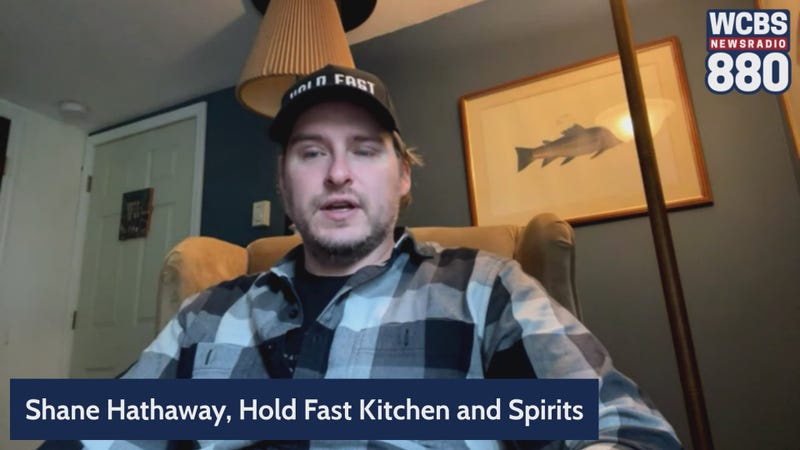 The gritty owner explained on the Small Business Spotlight that "Hold Fast" is a military motto that means to "stand your ground" and "bear down to weather the storm." Sailors would tattoo "H-O-L-D F-A-S-T" across their eight knuckles so their fists would spell out "Hold Fast" when holding the line upon rough waters on-board their ship. Hathaway told Connolly and Carousso he has lived by that motto through the pandemic and told his staff to believe in themselves.

He hired "12-14 people" through the pandemic, filling vacant and new food delivery positions even though he has not been profitable the last 14 months. Now, Hold Fast is hiring again.

He described hiring people as a "special feeling," especially during an economic crisis when job opportunities are helping families make ends meet.

Meet this determined owner and see Times Square's re-emergence on the Small Business Spotlight video above.