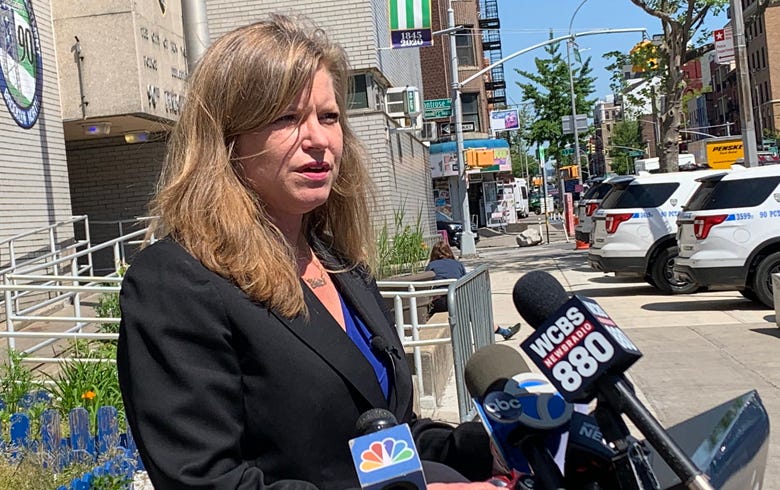 The former New York City Sanitation Commissioner laid out her vision for stopping the spike in shootings during a news conference Tuesday outside the Brooklyn North Precinct in Williamsburg.

"It will begin with the NYPD and I intend to give them the resources they need to protect New Yorkers and prosecute gun violence," Garcia said. "As mayor I will put in place strategies that will work to get guns off the streets through incentives, investigations and enforcement, including immediately increasing the rebate rate on the gun buyback program from $200 to $2,000."

"As mayor I will put in place strategies that will work to get guns off the streets through incentives, investigations and enforcement, including immediately increasing the rebate rate on the gun buyback program from $200 to $2,000," Garcia said.

She is also proposing increasing the size of the NYPD's Gun Suppression Division.

Candidate for mayor @KGforNYC says she would provide MORE resources for the NYPD to combat the surge in gun violence. Says she was surprised by the @nytimes endorsement. @wcbs880 pic.twitter.com/iH9iaG9iNz

The NYPD says bail reform has put more violent felons back on the streets, but Garcia said she wouldn't call for a rollback, nor would she point the finger of blame at the courts.

Garcia has consistently polled low in the single digits, and the Times endorsement could provide a much-needed boost to her campaign. 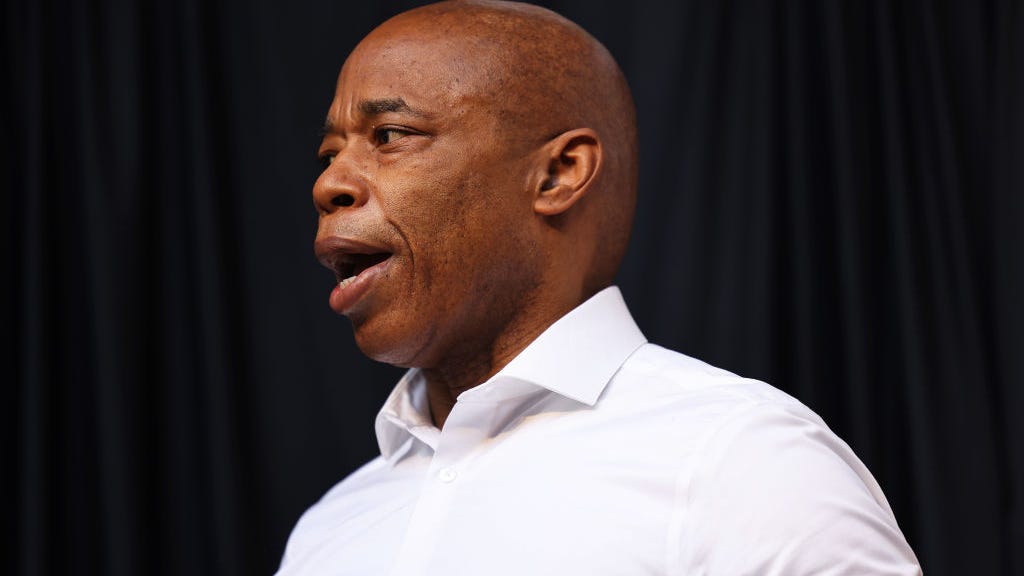 "I think what the endorsement showed was what we have been talking about, the cit needs someone who has the proven experience to execute on plans and has a vision of a more livable city where people can really raise their families," Garcia said. "New Yorkers have been judging my work every day that I've been on the job. They walked out their door they knew whether or not I plowed their snow, they knew whether or not their garbage got collected, I'm going to rely on their judgment as we run this campaign."

Garcia lacks the name recognition enjoyed by her opponent, entrepreneur and former 2020 presidential candidate Andrew Yang, who has said Garcia would be a good second choice for ranked-choice voters.

To that Garcia says, "I think I'll quote the last line of The New York Times, I think they've already made the case for me to be mayor, so why don't we actually just cut out the middleman."