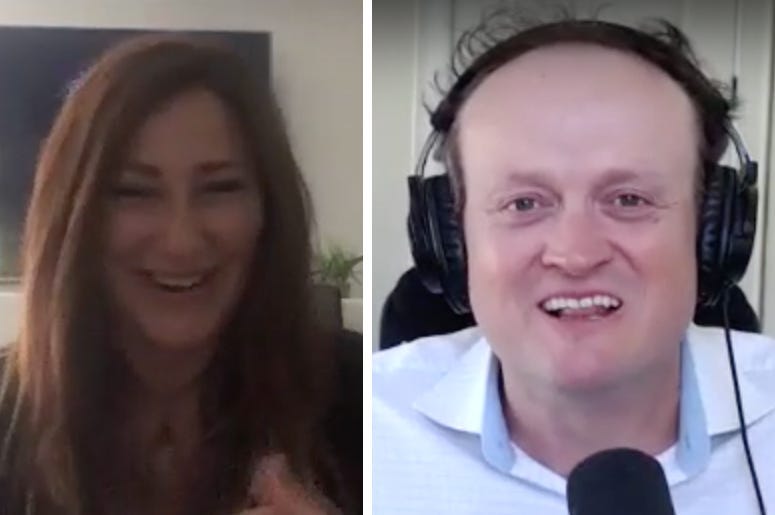 Scott Shannon played a fantastic clip today on CBS-FM, honoring the late legendary DJ Casey Kasem. In the clip, Kasem was talking about a young female artist who had gone number one with her first two released singles, a feat that had never been achieved before. This girl, was Tiffany!

Tiffany invited Scott Shannon in the Morning celebrity reporter Brad Blanks into her living room via Zoom to have a chat about her life and music this week. The singer admits she's fully aware the popularity of her version of the 1967 hit “I Think We’re Alone Now” has taken quite a jump during the worldwide health lockdown saying, “I know it's getting played a lot now during all the quarantine and all this stuff... because people are alone out there.”

As for what she thought of Green Day singer Billie Joe Armstrong’s version of the classic track, Tiffany says she's excited about the energy he brought. “I thought it's great. I mean, I love to hear it a little bit more aggressive... The song is so great, written by Ritchie Cordell, along with Tommy James and the Shondells.”

A musician who started as a kid pop artist, Tiffany has continually transformed herself, evolving her own take on the legendary song. “I have been doing that in my shows for a little while, trying to blend the old music with the new, always that challenge. 'I Saw Him Standing There,' 'I Think We're Alone (Now),' all of them can be really rocked out and done in a modern way," she says. "They're just so well-written -- that they just transform and become even bigger winners in today's forum.”

You may be surprised, but Tiffany had always considered herself the rebellious one during her time coming up in the teen pop world. “I've always been a rock chick inside. I've always been the rebel, inside here. I mean, even in the pop world, there was your Debbie Gibson and your Tiffany, and I was always the edgy one.”

See Also: Debbie Gibson Talks with Scott Shannon About Supporting The Arts + Her Return To Charts

Two of the great pop stars of the late '80s, Gibson and Tiffany. Their tussle at the top of the charts resembled a modern-day rivalry, like Katy Perry and Taylor Swift, but don't expect any drama from these two. “I talk to Deb all the time," Tiffany says. "Yeah. We're friends!"

Tiffany is currently working on a new album, but was quick enough during the lockdown to release a few of the songs on an EP titled Pieces Of Me: Unplugged.

“If you go to Tiffany Tunes, which I highly encourage everybody because that's all things 'Tiff World,' that's going to take you to the new music. You can hear it, what I've been doing, all my backstory, pictures... all the cool things that are going in hopefully. Live touring still... we're hoping for the end of the year."

If you can’t wait that long to get your dose of Tiffany, she'll teach you to cook live on her website, too! Be sure to check out Let’s Food with Tiffany!

"It's me and my madness that you get to experience."

Listen to the full interview, PLUS Scott and Patty's reaction below!