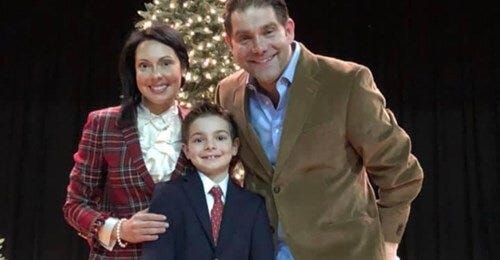 The CBS-FM family lost one of its best last week. Longtime account executive Will Barone died unexpectedly at his home on February 11th at the age of 49.

Will grew up in Upper Saddle River, New Jersey, and brightened the halls of our Hudson street offices for many years. He is survived by his wife Robyn & 10-year-old son Joseph.

Back in 2014 Will was interviewed on 'The Big Show' after an unfortunate accident in the parking garage caused a porta potty to tip over, spilling some of its contents. Will, stinky shoes and all, still made it to the sales meeting because he had to get the bagels to his crew!

That’s the kind of guy Will was, always putting a smile on your face no matter the situation. He will forever be loved by his co-workers and will never, ever be forgotten.

An official GoFundMe has been established for Will's son Joseph and can be accessed here.