By Scott Shannon in the Morning with Patty Steele

Thank you to everyone who joined us this morning for our virtual party for the kids to benefit Blythedale Children's Hospital!

We had performances by Kelly Clarkson, Rob Thomas, Johnny Rzeznik of The Goo Goo Dolls, Mark Rivera and of course, Holiday Express!

We also spoke to some amazing people this morning, from long-time donors to parents of former and current Blythedale patients, their stories are powerful and should be heard!

Here's the list of wonderful people we spoke to this morning:

Michael began his relationship with Blythedale about four years ago when he started his fundraiser “Donate the Dome” where he would shave his head for charity and often works the phone banks for the big show holiday spectacular!

Nancy Reyer is from East Patchogue, Long Island.  Nancy’s teenaged son Michael was a patient at Blythedale after an accident with a gel candle resulted in serious burns and brain damage.

Michael passed away in June of 2019, but Nancy is incredibly grateful for the care that he received at Blythedale and keeps in touch with the doctors and staff.

Michael was Nancy’s only child.

Paul Sohigian is a partner at BNC Insurance Agency and lives in Pleasantville, NY

Paul and his company BNC Insurance Agency have collaborated with Blythedale Children's Hospital as their title sponsor of their annual Fall Golf Classic for Blythedale.

Paul participates in many Blythedale fundraisers and volunteers each year to operate the phones during the Big Show Holiday Spectacular!

Jim and Patty McVeigh live in Tarrytown and have a 3-year-old daughter Gia.

At birth, Gia suffered a “fetal maternal hemorrhage,” a condition where a significant portion of the baby’s blood is transferred to the mother during delivery.

She was non-responsive and required three immediate blood transfusions.

Gia was born at another medical facility before being transferred to Blythedale. A few days after Gia was born, Jim & Patty were told by the doctors that Gia had a 0% chance of survival, to take her off life support, plan a funeral & have her sister say goodbye.

Once it was determined that Gia had rebounded, four doctors at this other medical facility said that they believed “only her brain stem was functioning and she would have no cognitive function for the rest of her life”.

Once her vital signs improved enough, she was transferred to Blythedale where she received comprehensive care from an incredible team!

By the time they arrived at Blythedale, Dr. Davidson said to them, “I was expecting much worse!”

Gia thrived at Blythedale and is living at home. The McVeighs are so grateful for the care Gia and the entire family received and continue to receive from Blythedale.

We can’t keep it together after hearing Gia say hi over the phone! Doctors told her family to plan her funeral, then @Blythedale stepped in and saved her life!

Gene Ferrara is president of JMA Consultants. He lives in Edgewater, New Jersey.

Gene’s great uncle was one of the founding doctors at Blythedale, so it’s his mission to continue helping.

Gene has donated or been involved with the Big Show Holiday Spectacular for 27 years!

Gene reaches out to colleagues, friends and business associates on behalf of Blythedale and annually raises between $20,000 - $25,000 for the event!

"Do what you can this year, because charities are hurting."
THANK YOU, Gene Ferrara, for donating $32,700 for our Traumatic Brain Injury Unit through the @WCBSFM Holiday Spectacular! 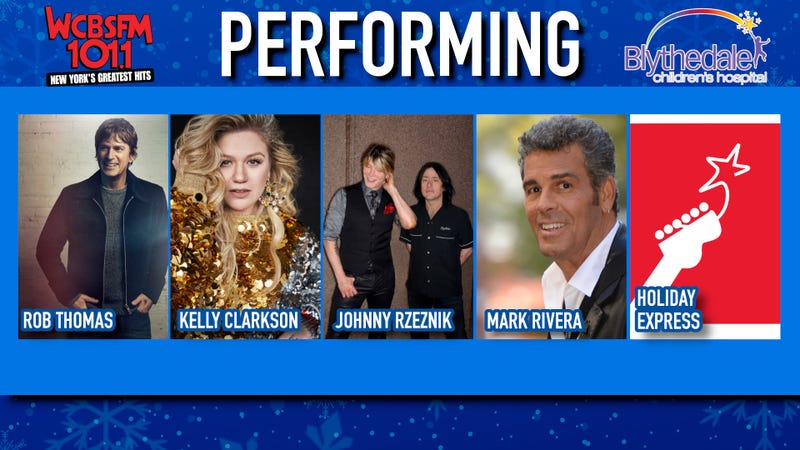