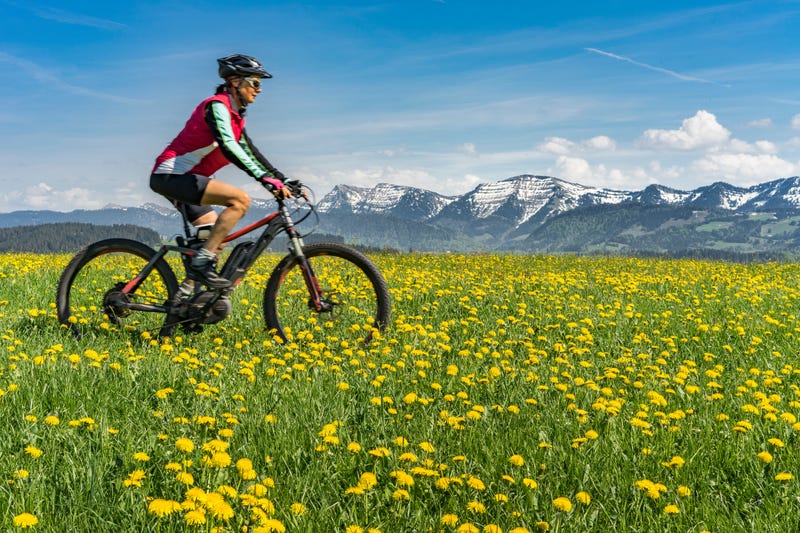 As we adjust to new ways of life during a pandemic in 2020, two things have become very popular in the U.S.

One, bicycles are flying off the shelves.  With so many workers staying home, biking has increased dramatically with suppliers having a hard time keeping up with demand.  Minneapolis is also consistently one of the most bike-friendly cities in the U.S.

Second, Americans are finding new and different ways to go on vacation with air travel discouraged, the cruise industry in dry-dock, and even bans on traveling to Europe.  Whether it's a simply stay-cation, safely planning a road trip, or finding a vacation destination close to home, we're all looking for ways to get away from it all.

Now, those two things can come together thanks to a new Parks, Peaks, and Prairies Bicycle Route from the Adventure Cycling Association.  The route starts in Minneapolis and heads west through a whole bunch of wide open spaces, eventually taking cyclists 1,374 miles to West Yellowstone in Montana.

The route connects many long existing bike trails, such as the Luce Line Trail in Minnesota which takes cyclists the through the final leg into Minneapolis (or vice-versa).

If it sounds, daunting, it is all that and more.

Most of southwestern Minnesota and South Dakota is relatively flat.  You'll pass over the the Minnesota, Crow, and Mississippi river valleys in between farmland and open prairie.

Then, there are a few options to tackle the Badlands before you head towards Rapid City.  It's the the mild sounding Black Hills that greet you on the western side of South Dakota and they're anything but mild with 10% grades in spots that will challenge the most experienced riders.

Riders will then pass by Devil's Tower National Monument in Wyoming, before you traverse the plains of Wyoming with the Bighorn Mountains looming in the distance.  Those mountains, where you'll traverse the Powder River Pass at over 9,600 feet, will send you down into the Shoshone River Valley before you cut through the geological wonderland of Yellowstone National Park.

The route takes you through, or at least close to, some of the most historic spaces in the west.  You'll go through the Badlands, the Black Hills, Mount Rushmore, Deadwood, Devil's Tower, several Native American sites, several national grasslands and forests, not to mention America's first National Park in Yellowstone.  There are endless side trips to take, such as Crazy Horse Monumen, or the Buffalo Bill Museum in Cody, WY.

The Adventure Cycling Association, who helped complete this route, launched its first route, the TransAmerica Trail, in 1976. They now say they have a network of 50,000 miles of mapped cycling trails across the country, including the Great Divide Mountain Bike Route, the Bicycle Route 66/Chicago to New York City and Atlantic and Pacific Coast routes, and one that follows that of the Underground Railroad.