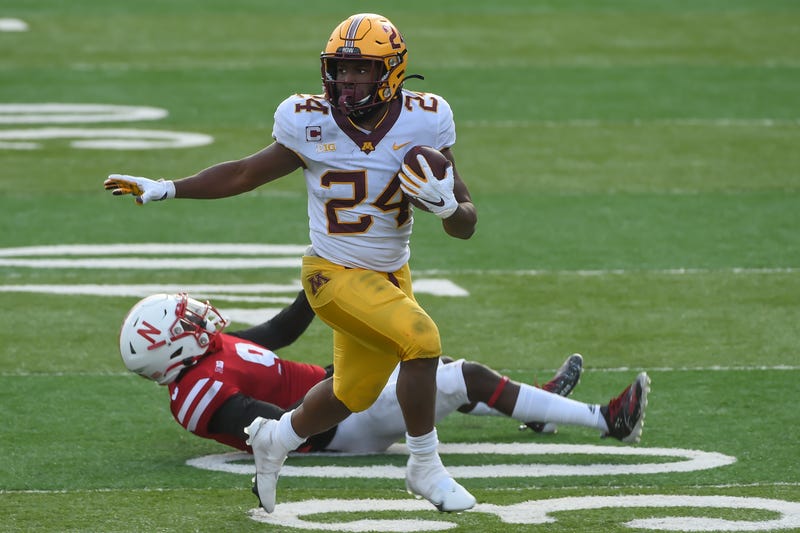 Gophers football coach PJ Fleck announced Monday that all-Big Ten running back Mohamed Ibrahim will be lost to the season because of a lower leg injury that will require surgery.

Ibrahim tore the achilles tendon in his left leg during last Thursday's season-opening loss by the Gophers to Ohio State.

"He's obviously not happy with what happened," said Fleck. "He's been able to deal with it, and there's going to be a flood of emotions. When people get hurt like that and a season's lost, there's a grief process to that."

In that game at Huntington Bank Stadium, the fifth-year senior from Baltimore had 30 carries for 163 yards and two touchdowns.

He went down following a one-yard run in the third quarter, and managed to limp off the field and make his way to the medical hood on the Gopher sideline.

After the initial examination, Ibrahim emerged from the tent with a medical boot on his left leg and walked off the field to the locker room.

Ibrahim was the Big Ten's running back of the year in 2020 and has a number of school records, including rushing for an average of 153.7 yards per game last season.

He decided to return to the Gophers for his final season of eligibility instead of join the NFL Draft.

Fleck said it's too early to tell if Ibrahim will stay in school or go for professional football money.

"That's a choice he'll make," said Fleck. "He doesn't need to make that right now, nor does anyone need to put pressure on him to make that decision whatsoever. He needs to worry about getting healthy and making a full recovery, which, 4 to 6 months, he should."