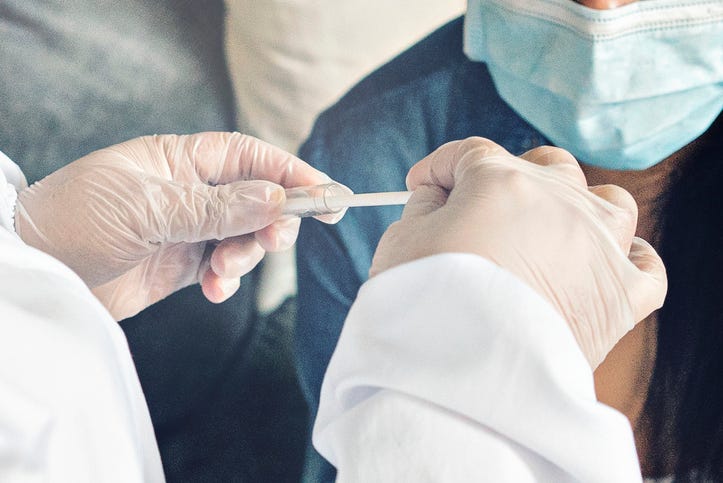 Amid all the drama of the ongoing 2020 Election, it's easy to lose sight of the fact there's still a pandemic out there taking lives by the thousands.

And Dr. Michael Osterholm, infectious disease expert from the University of Minnesota, wants to make sure you don't forget it.

Yesterday, the United States had 92,660 cases; In Minnesota, the 3,483 cases and 15 deaths reported broke a single-day record.

"We're seeing many of out health care systems, for lack of a better term, being overrun. They have run out of intensive care beds and staffing to care for patients. It's a highly stressful situation right now," Osterholm said on WCCO, adding, "Don't assume you can get together with 10, 15 or 20 other friends in a small group. That's where we're seeing a lot of transmission there. Until we get that message, the virus is going to keep spreading more and more in our communities."

He added that people won't have to social distance forever, but they need to do it now and until there's a vaccine.

"Right now, we've got to slow down transmission, our hospitals are going to be overrun," he said. Being in a room with other people without masks is putting yourself at risk, he added.

But the virus is invisible and insidious and it's the kind of people that isn't real for people ... until someone they know gets it. "A lot of people in this state are going to die," Osterholm said.

Osterholm said he wished everyone could spend a day in the emergency room so they could better understand the reality. Contact tracing is important in the battle against COVID-19, he said, because "You can be highly contagious before you have symptoms," he said.

Overall, his message was simple: Stay home, wear a mask when you have to go out and social distance. And know that if you don't, a price will be paid.

"Between now and January we're going to have a tremendous amount of pain and suffering with this virus," he warned.