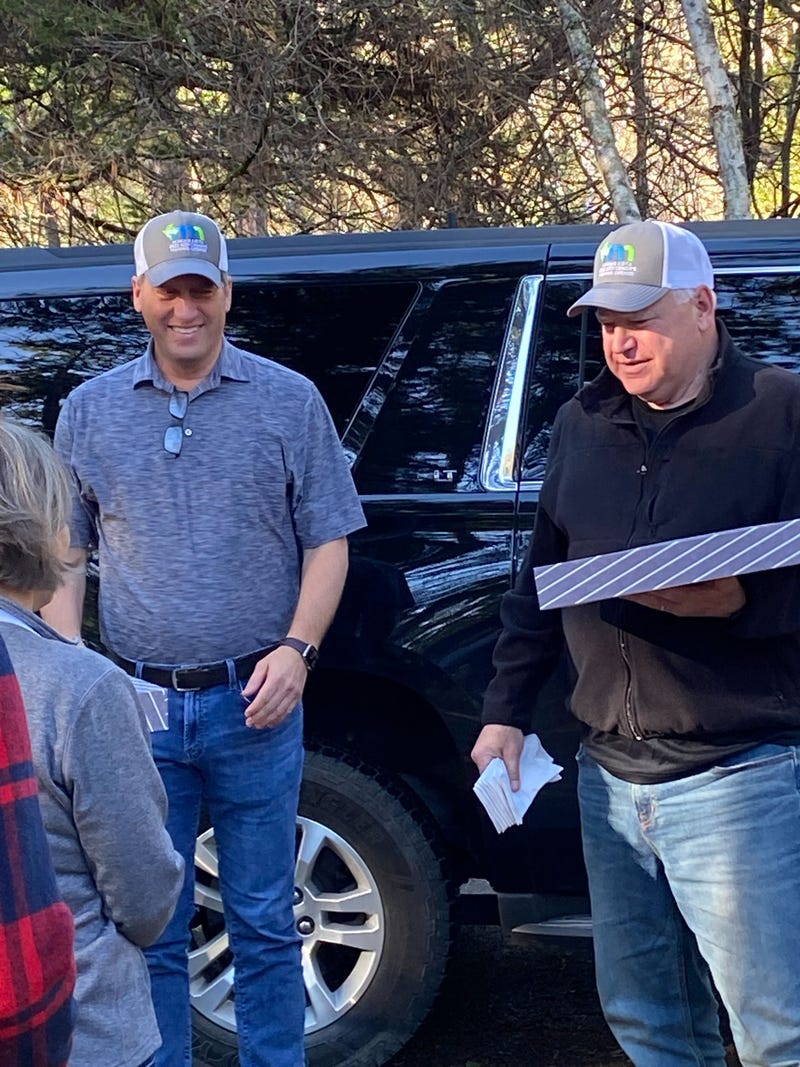 The Governor's Fishing Opener is underway, back in full force for the first time since the pandemic, with Gov. Walz joining other politicians, tourism industry executives, and local fishing experts in wetting a line to open the 2002 walleye fishing season.

Walz showed up Friday morning in Cass Lake, where the Leech Lake Band of Ojibwa are hosting the event that dates back to 1948.

Unlike past years, where communities plan the fishing opener for more than a year, the 2022 version was formed in short order after the official announcement came less than three months ago.

"Partnering with one of our indigenous nations is kind of historic, but kind of gratifying to me," Walz told WCCO's Adam Carter. "I have to give them a thank you, they really stepped up. It's hard for folks to commit and get ready for a big event like this."

Something else that seemed unlikely was House Republican leader Kurt Daudt arriving in the same car as the governor, given the two butting heads in the past.

Daudt also came to Cass Lake on the governor's plane, and he says their relationship isn't as strained.

"I would say it is a lot better than it has been," Daudt said. "The Fishing Opener is not a partisan thing."

As usual, the Opener comes with lawmakers back in St. Paul grinding through the final days of the legislative session.

A year ago, during a scaled-back Opener, Walz left the festivities early to resume late negotiations at the capital.

This time, though, Walz has fishing in his immediate future, following by a trip to flood-stricken areas in northwestern Minnesota.

"I'm confident," the governor said about lawmakers reaching deals on key issues before the May 23 adjournment. "They're working together."

A launch ceremony takes place early Saturday morning on Lake Winnibigoshish, and then the governor leads the flotilla out into the waters.

Walz is sharing the same watercraft with Leech Lake chairman Faron Jackson, and both will get pointers from Minnesota Fishing Hall of Fame guide Tom Neustrom.

Daudt won't be there on Saturday, he's headed to Rochester for the Republican state convention.

According to the state DNR, about 1.4 million Minnesotans obtain fishing licenses each year, and there will be half a million anglers taking out their boats during this first weekend of the walleye season.

"I haven't had much luck at this opener, but I'm feeling good about it," Walz said.