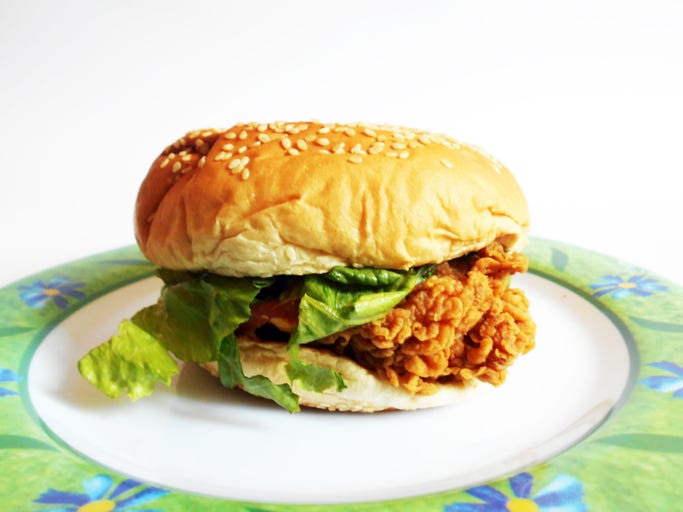 The chicken vs. beef debate has been shelved for the moment.
Chick-fil-A and Popeyes Louisiana Kitchen have sparked a Twitter debate over chicken vs. chicken.

Fried chicken fans everywhere know exactly what comes on Chick-fil-A’s classic chicken sandwich – a hunk of fried or grilled chicken on a bun with pickles. It’s the recipe people love.

Up until recently, Chick-fil-A held the monopoly on this simple and uniquely crafted chicken sandwich. But on August 12th, Popeyes came out swinging with their own rendition of the popular favorite. This led Chick-fil-A to show some public appreciation for their "original" recipe.

Bun + Chicken + Pickles = all the ❤️ for the original. pic.twitter.com/qBAIIxZx5v

The Popeyes version of the same sandwich features a toasted brioche bun, a filet of chicken, pickles, and the customer’s choice of mayo or spicy Cajun spread. Understandably, Chick-fil-A’s timely tweet at the release of this new sandwich sparked a debate.

Popeyes retweeted the graphic with the caption, “…y’all good?.”

The feud between fried chicken connoisseurs left Twitter users everywhere debating over who reigns king of the chicken sandwich kingdom.
Popeyes seems to be the frontrunner for many, if only for their open hours on Sundays.

Popeye's = has shrimp and mac & cheese on Sundays.

And yet America acts like this is a hard choice.

The jury is still out, but fans are hoping for more passive aggressive tweets from the franchises nonetheless.