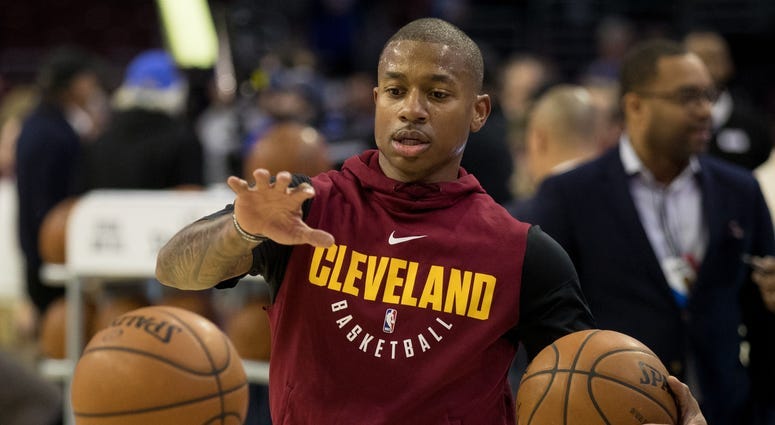 Isaiah Thomas still appears to resent the Celtics for trading him five months ago. In an interview with ESPN’s Rachel Nichols that aired on Christmas Day, the point guard says Boston’s medical staff gave him misleading information regarding his hip injury last season. As a result, he says he regrets his decision to play through it during the playoffs.

The Celtics dealt Thomas to the Cavaliers in late August for Kyrie Irving. The deal was held up for nearly one week due to concerns over Thomas’ medicals. Shortly after Thomas arrived in Cleveland, doctors determined his hip injury was more severe than initially believed.

He’s been sidelined for the entire season, and is eyeing an early January return.

“I do wish I had more information. It was never, ‘This could be something that could possibly shut you down for a while,”’ Thomas told Nichols. “Because if that were the case, I definitely wouldn’t have played.”

Isaiah Thomas tells @Rachel__Nichols if he could have done it all over again, he would have sat out last year's playoffs. pic.twitter.com/6equSi4v40

Thomas hasn’t been shy about expressing his disappointment over the trade. In a Players’ Tribune essay, he detailed how hurt he was when Celtics general manager Danny Ainge informed him of the news.

“Danny started going on about everything I’ve done for the city of Boston, and for the Celtics organization, both on and off the court. About what a great player I am, and how I’m going to be great in Cleveland,” Thomas writes. “You know, telling me that type of stuff. And it was just like … at that point in time? I definitely didn’t want to hear none of that.”

Thomas reiterates those feelings in a documentary about his recovery, which dropped last week.

"I was hurt just because of everything that I’ve done for them. Everything that I went through, and continued to do for them when I could have just called it quits, gone home, and ended my season. I gave my heart to that city and organization,” he says. “But it’s like damn, after all I do for… the city gonna be mad as f—k.”

Isaiah Thomas processing the news that Danny Ainge traded him is pretty intense to watch pic.twitter.com/9JBhGYfSZ7

JBL is the Official Sound of Jayson Tatum, The Boston Celtics, and the NBA