A good start right out of the gate is a promising sign for a rookie looking to make an impact for a long time in the NFL. Playing in Week 1 is not only a great opportunity to do so, but it also separates the top rookies from the ones who sit a few rows lower on the depth chart, awaiting their chance to take the field later in the season. The rookie NFL players who take the field the very first week of their rookie years are often the best of the bunch, and the performances we're about to relive are good examples of that.

That's not to say this is the case for every star player in the NFL. Some of them don't get the chance to play in Week 1, like Justin Herbert, who made his debut in Week 2 last year and impressed with 311 yards passing. Some of them do play in Week 1 and are... well, not very good. In 1983, a quarterback made his debut with a Week 1 start and went 1-8 with an interception. His name was John Elway. So first impressions, while important, aren't everything.

Still, the majority of the guys who made this list, or were at least in consideration, weren't just one-game wonders to start their careers. No — these performances were typically signs of the success that was to come in their careers before injuries, or old age, or something else caused their eventual decline. And for some, that decline never even occurred or hasn't happened yet.

With Week 1 of the 2021 NFL season on the horizon and an exciting group of rookies — including Trevor Lawrence, Zach Wilson, Najee Harris, Ja'Marr Chase, Devonta Smith, Kyle Pitts, Micah Parsons and Patrick Surtain II — ready to show us what they've got, let's look back over the past 20 years and see who wowed us right away.

All statistics retrieved from Pro Football Reference and Stathead. 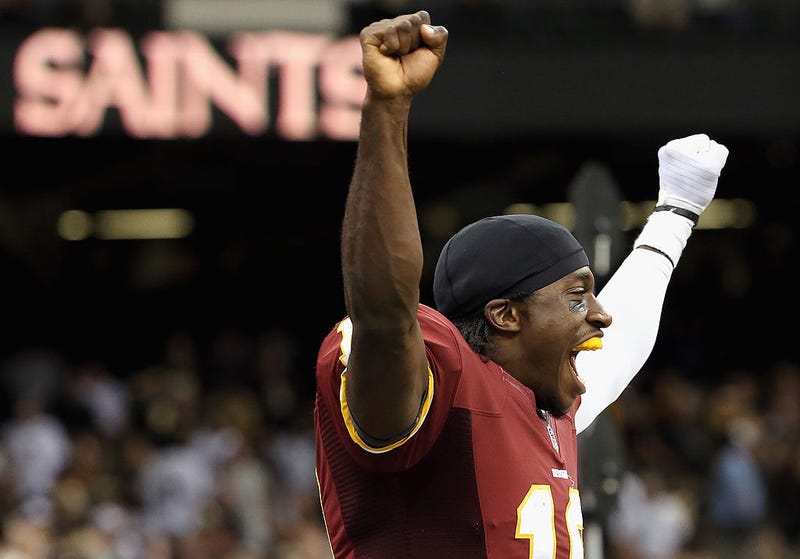 A win in New Orleans over Drew Brees and Sean Payton with a near-flawless passing display is a pretty nice way to start out a career, wouldn't you say? Also making his debut that week was Andrew Luck, who went one spot before RG3 as the top pick of that draft class, but it was the Washington QB that stole the show while Luck threw three picks.

With a handful of rookie QB’s set to debut this weekend, flashback to 2012 in Robert Griffin III’s NFL debut against the Saints.

While we didn’t know what lied ahead at the time, what a special afternoon this was. pic.twitter.com/zaNR8kpJpm

With the most passing yards ever in a debut and three total touchdowns, there wasn't much more you could ask for out of Newton in his first ever appearance to kick off the 2011 season... other than a win over Kevin Kolb's Arizona Cardinals, that is. But besides that, the statistics speak for themselves, and that was just the beginning of a very memorable Rookie of the Year campaign.

A perfect 158.3 passer rating in game No. 1, and never again in Mariota's career (yet). Now a backup in Las Vegas, Mariota's career certainly didn't go the way we thought it would after seeing him light up the Buccaneers defense to start his NFL journey. In that same game, fellow rookie Jameis Winston had a debut that was much more representative of the career to come, tossing a pair of touchdowns and a pair of interceptions. 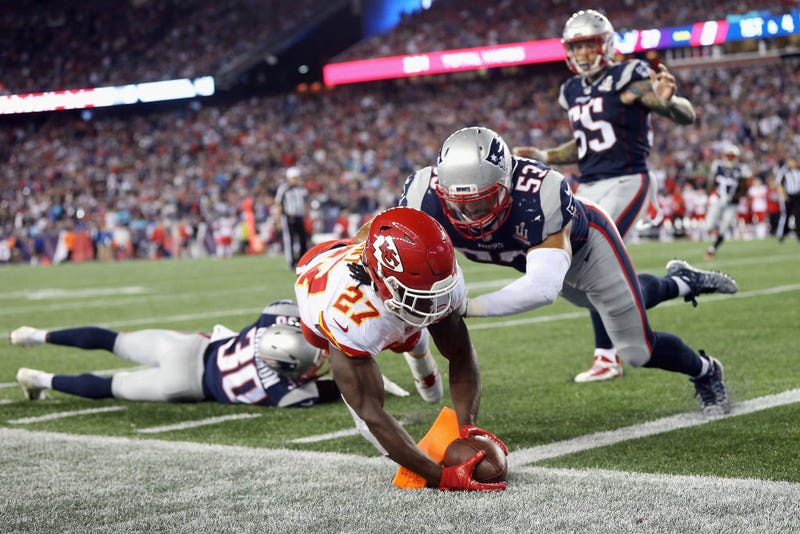 Kareem Hunt's Week 1 performance in his rookie season was one of the greatest debuts ever. Photo credit (Maddie Meyer/Getty Images)

Never mind the best Week 1 rookie debut at the running back position. How about the best rookie debut ever? With 246 total yards from scrimmage and three touchdowns in an away game against the eventual AFC champions, Hunt completely dominated in his first showing of NFL action. And though he inevitably slowed down, Hunt went on to lead the league in rushing yards and finish with 11 total touchdowns. He's still an effective running back today, though not nearly as bright of a star as we may have thought.

Last night was a dream start for @Kareemhunt7 in the @NFL! 🙏

This play was 👌
And the throw from Alex Smith! 👏👏#OnlyInTheNFL pic.twitter.com/ovbREkXFMq

It wasn't the best game of his rookie season — that came when he ran the ball 20 times for 224 yards and a trio of touchdowns against the Chicago Bears in a tough Week 6 victory — but it was a pretty strong start. That 60-yarder was the longest of the six receiving touchdowns in his career.

Walking into Lucas Oil Stadium and defeating Peyton Manning's Colts, who'd go on to have a 12-4 season, is no small feat, and the Bears largely had Matt Forte to thank for that. After all, Kyle Orton was largely a non-factor, with 150 yards and no scores. And though the defense ultimately helped to put the game out of reach, Forte got the Bears on the board with an awesome 50-yard score in just the fourth carry of his entire career.

In the first game at Lucas Oil Stadium, Matt Forte ran for 123 yards (50 on a first-quarter TD run) and Charles Tillman forced a fumble that Lance Briggs scooped up and rumbled 21 yards into the end zone as the Bears took down the Colts 29-13. pic.twitter.com/SXEYNhqzMK 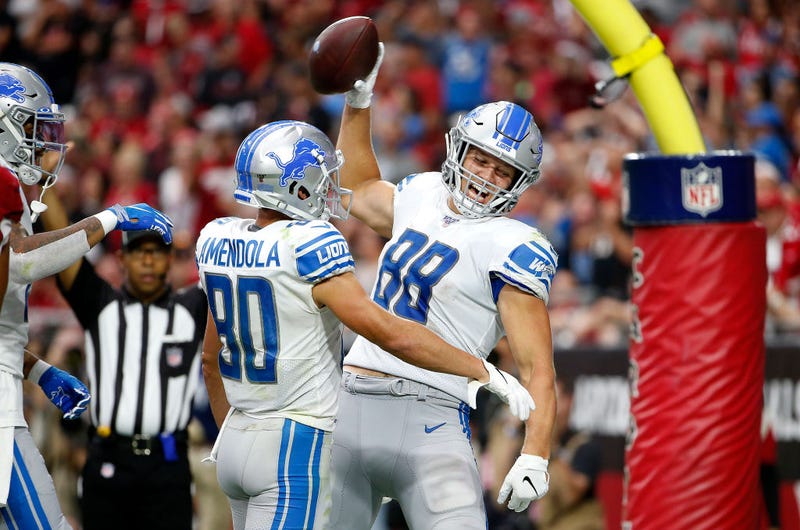 The best game of T.J. Hockenson's career (so far) was his debut in Week 1 of 2019. Photo credit (Ralph Freso/Getty Images)

After a debut performance like this, who else was going to win Rookie of the Year? Sure, he had to maintain at least some level of production throughout the year after that — which he did quite well — but this prolific effort out of the gate is one that may not ever get outdone.

Royal only matched or exceeded that yardage output one more time in the 116 games of his career, and it happened nine weeks later against the Browns (164 yards). That's not to say he wasn't an effective player throughout the years, retiring with over 400 receptions and over 4,300 yards, but he didn't live up to whatever hype that debut might have brought him.

This was an unbelievable showing for Brown, but it somehow wasn't the performance that had everyone talking. That honor belonged, of course, to Lamar Jackson, who set off on an MVP campaign early and finished Week 1 with 324 yards, five touchdowns and a perfect 158.3 passer rating. Brown is still a big-play threat at any time, but he needs to bounce back after a disappointing sophomore effort in 2020.

Hockenson accounted for about 19 percent of his receptions, 36 percent of his receiving yards and 50 percent of his touchdowns as a rookie in just his first game. When you select a tight end with the No. 8 overall pick, though, those are the numbers you expect to see sooner rather than later. In his third year, and with the loss of both Kenny Golladay and Marvin Jones from the Lions' receiving corps, Hockenson could break out in a big way.

We need to talk about rookie T.J. Hockenson's (theehock8) debut: 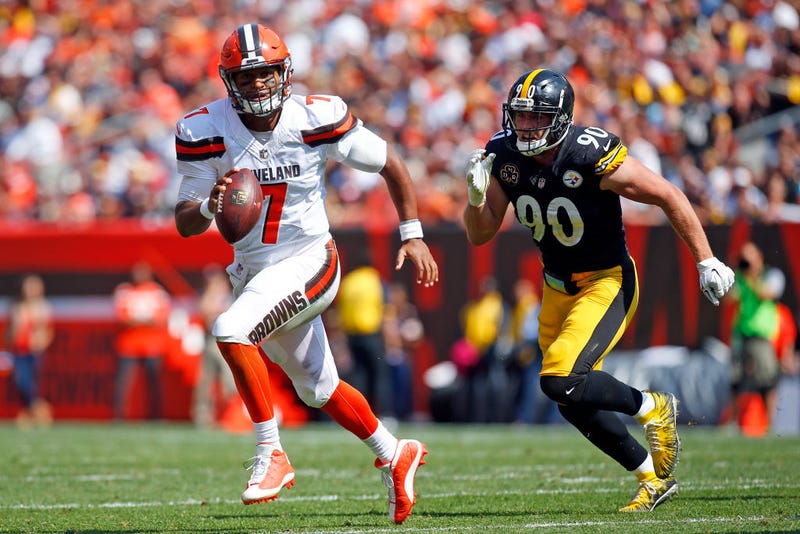 It didn't take long for T.J. Watt to show that he could be every bit as valuable as his big brother once he made it to the NFL, and the Steelers were immediately pretty happy with their decision to take him with the No. 30 pick in the 2017 NFL Draft. Now, it's time for the Steelers to work out how they're going to keep him in their long-term plans for more production like what we've seen ever since his debut.

T.J. Watt is doing @_TJWatt things in his NFL debut with the @steelers#OnWisconsinpic.twitter.com/6dvAkDlZbs

Talk about a do-it-all debut. Warner contributed in about every way possible, and the 11 tackles that he notched is still tied for the highest figure in his career. Now a Pro Bowler and a first-team All-Pro selection after his incredible 2020 campaign, Warner has asserted himself as one of the league's best linebackers, and his debut was definitely a good indication that that might happen.

Ben Roethlisberger led the NFL with 5,129 passing yards in 2018 and provided the Steelers with a top-10 offense, but he also led the league with 16 interceptions. A pair of those came at the hands of a rookie Denzel Ward in his debut, which led to a frustrating day overall for the Steelers. It's also worth mentioning that Ward was matched up with Antonio Brown, who may have been the most talented receiver in the whole league at the time. The Browns pulled out a tie, which was expected by very few, and it was a sign of things to come for the turnaround of this Cleveland team.