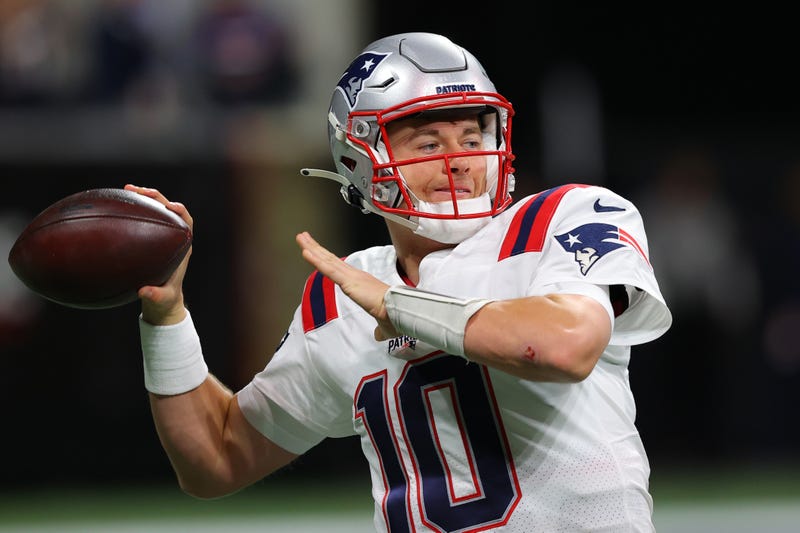 Mac Jones fell right into the New England Patriots' lap during the first round of this year's draft. And with each passing week, the rookie quarterback has grown stronger and looked more impressive as the franchise's heir apparent.

In his second primetime game of the year, Jones performed rather efficiently, throwing for 207 yards with one touchdown and one interception in the Pats' 25-0 win over the Atlanta Falcons on Thursday at Mercedes-Benz Stadium. According to Elias, he's the first rookie quarterback in NFL history to complete 80-percent of his passes in back-to-back games (minimum of 15 attempts).

"His attitude and all of that hasn't changed from day one," Patriots defensive back Devin McCourty told The Zach Gelb Show on Friday. "Good days, bad days, he still comes back the next day calm, poised, ready to get better and ready to go. And I think that's just so much fun, as an older guy. To know what it's like to be a rookie, a young guy, to struggle. I know how I had to deal with that. So, seeing him remain positive and poised has been a lot of fun."

Jones, who turned 23 in September, has been head and shoulders above of his rookie competition. He currently leads all first-year quarterbacks in major categories, and has completed 70.2-percent of his passes for 2,540 yards with 14 touchdowns and eight picks. He's also won five consecutive games.

Last Sunday, in the Patriots' blowout win over the Cleveland Browns, Jones became the franchise's first rookie quarterback with three-plus touchdown passes in a game since 1993, when Drew Bledsoe recorded four in a Week 18 win over the Miami Dolphins. At this moment, Jones is the consensus favorite to win Offensive Rookie of the Year, per the William Hill Sportsbook.

New England (7-4), which sits in second place in the AFC East, will host the Tennessee Titans (8-2) in a marquee Week 12 matchup on Sunday, Nov. 28. According to FiveThirtyEight's projections, the Patriots have an 83-percent chance to reach the playoffs and a 31-percent chance to win the division.

The entire conversation between McCourty and Gelb can be accessed in the audio player above.