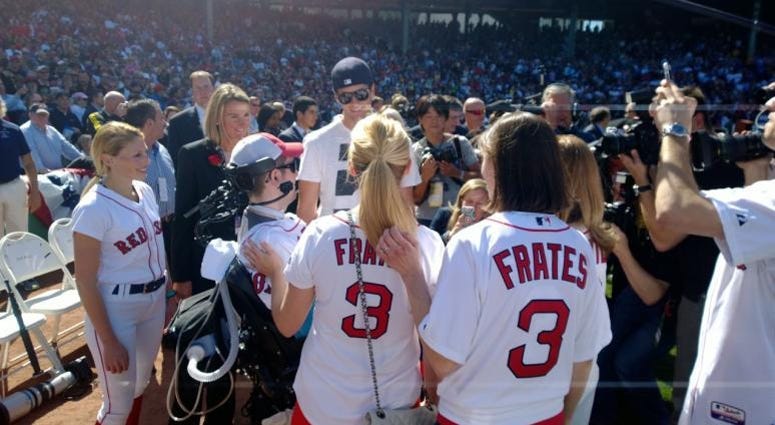 Mike Barnicle was at the center of conversation in Boston for nearly 25 years, largely due to his role as a columnist at the Boston Globe, where he chronicled the city’s downtrodden class more than most other journalists. He probably would still be in that position, too, if it weren’t for one of the most high-profile plagiarism scandals in recent memory.

It’s important to understand Barnicle’s history, because it adds an additional layer of context to his erroneous report about Pete Frates’ death. An error of that magnitude would be a stain on any reporter’s resume. But Barnicle, due to his past, may never be able to escape it.

In addition to the misreport, Barnicle’s apparently glib attitude about the situation has been difficult to stomach. He tweeted a correction Monday morning, blaming the falsehood on a Frates family friend. Andrew Frates, Pete’s brother, says he’s never met Barnicle in his life. That means Barnicle was willing to pronounce Frates dead through a secondary source, never bothering to develop a relationship with the family.

When Barnicle resigned from the Globe in 1998, he also displayed a seemingly nonchalant attitude about the ordeal. He appeared to blame his plagiarism on the journalism industry, telling the New York Times the “rules were much looser” when he started working in the 1970s.

With Barnicle back in the news, it’s a good time to recount the scandal that turned him into one of journalism’s infamous figures. The details would be comedic if they weren’t so infuriating.

Why did Barnicle resign?

The Globe was reeling in 1998, thanks to another plagiarism scandal involving columnist Patricia Smith. She was forced to leave the paper that June, when she confessed to fabricating characters in four of her pieces.

The Smith story is relevant to Barnicle, because it added to the fervor surrounding his resignation. Boston Globe editor Matthew Storin first asked for Barnicle to quit in early August, when he admitted to lifting two of George Carlin’s jokes without attribution into one of his columns. Around the same time, the veracity of a column Barnicle had written in 1995 about two young cancer patients was also called into question, when the paper couldn't corroborate that they actually existed.

Barnicle was unable to weather the blowback from the two incidents, and complied with Storin’s request a couple of weeks later.

Instead of telling the truth, Barnicle insulted everybody’s intelligence

Barnicle originally pleaded ignorance about the Carlin plagiarism charge, saying he had never read the book where the jokes first appeared. Instead, Barnicle said he had heard the barbs from an unnamed bartender.

But the lie fell apart when videotape surfaced of Barnicle holding the book in his hand and recommending it on WCVB two months earlier.

And worse yet, the jokes he stole aren’t even funny. They are below, courtesy of the Washington Post:

Carlin’s book: "Someday I wanna see the Pope come out on that balcony and give the football scores.”

Barnicle’s column: "Someday I'd love to see the Pope appear on his balcony and announce the baseball scores.”

Carlin’s book: "Here's something I can do without: People ahead of me on the supermarket line who are paying for an inexpensive item by credit card or personal check. People! Take my word for this: Tic Tacs is not a major purchase.”

Barnicle’s column: "I hate it when the person ahead of me in the 12 Items or Less' line decides to pay for a pack of Tic Tacs by writing a check.”

Much like the Frates incident, Barnicle appeared to brush off the plagiarism allegations. When the Boston Herald hired him in 2004, he said he was going to start publishing people’s Social Security numbers in the paper, to avoid any accusations of fabricating sources.

While the Carlin flub can be chalked up to laziness –– and thus didn’t necessarily warrant a heartfelt mea culpa –– the cancer patient story is maddening. In the 1995 column, Barnicle claimed that a young white cancer patient befriended a young black cancer patient in the hospital. After the black child had passed away, Barnicle wrote that the parents of the white child gave the black kid’s parents $10,000.

It was a tragic, yet heartwarming tale. The problem is, hospital records didn’t show any evidence of a black child dying when Barnicle described. Readers Digest also determined the story was false.

When pressed for answers, Barnicle said he got the fake news from a nurse in the ward. He could not identify her, of course.