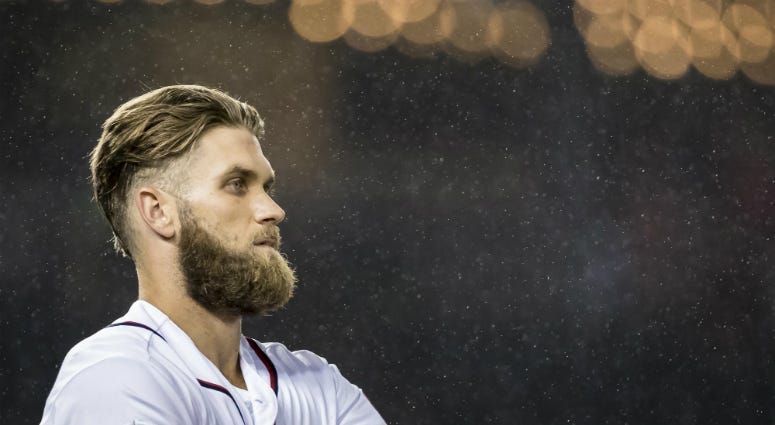 The biggest name taking part in this year’s edition of MLB free agency is easily Bryce Harper. Harper will soon finally be available to sign with other teams after years of speculation about the Washington Nationals star’s future.

The Yankees are certainly known for making big splashes in the free agent market, so they’ve always been tentatively mentioned as a possible destination for Harper if he does decide to leave Washington DC. Those rumors may been just that: rumors.

According to a report from ESPN’s Buster Olney, Harper won’t be joining the Bronx Bombers.

As there continues to be speculation about Bryce Harper and the Yankees, a well-placed source emphatically says: “It’s not happening. He’s not going to be a Yankee.”

Harper’s position is not really one of need for the Yankees. Aaron Judge plays right field, and is one of quite a few power bats that already exist in Aaron Boone’s lineup. The Yankees would have had to find a way to jam Harper into their lineup, possibly by playing him at first base.

The 26-year-old outfielder could still end up staying with the Nationals, although he apparently rejected a 10-year, $300 million contract that the club offered back in September. 2018 was a bit of a down year for Harper. He finished the season with 34 home runs and 100 RBIs, but only managed a batting average of .249.

Yankees GM Brian Cashman recently said on WFAN that the team was focused on adding to their starting pitching rotation. Declining to spend big money on Harper would seem to be further evidence of that.