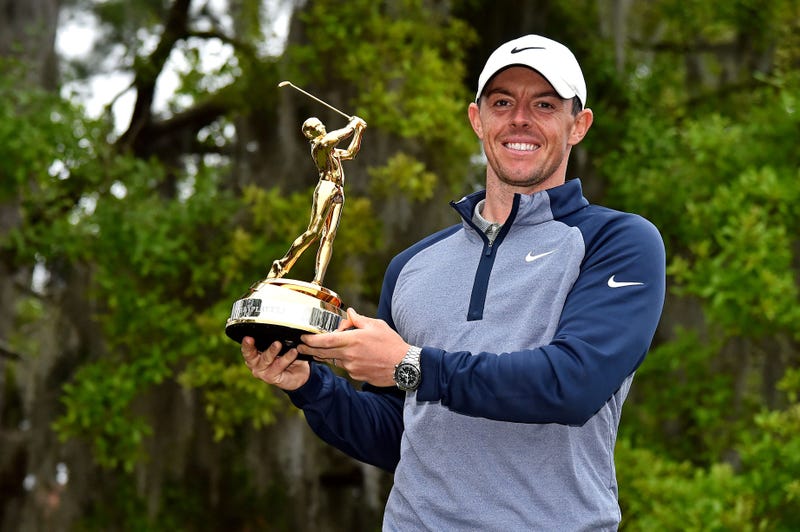 Irish eyes are smiling and all of golf may be grinning as a more mature Rory McIlroy may just be getting started. The Northern Irishman, who will turn 30 on May 4, won his first The Players Championship title on Sunday, a year after his last victory, the 2018 Arnold Palmer Invitational.

McIlroy started the final round one shot back. He got off to a rough start with a double bogie on the 4th hole and a bogie on the 7th. He rallied back with birdies on the 9th, 11th and 12th, where he took the solo lead at 15-under. He bogied the 14th, missing a 5-footer for par. But with birdies on the 15th and 16th, he grabbed the outright lead again. Then he parred the iconic par 3, 17th; stuck with his driver on the 18th, hitting another massive drive; and smacked an aggressive approach shot and then two-putt for par and the win.

And what a boost this victory should provide McIlroy, who will be attempting for the fifth time to complete the career Grand Slam at The Masters, April 11-14. The last Major title he won was surprisingly almost four years ago at the 2014 PGA Championship.

But direct any criticism elsewhere, such as the fact that he was winless the last nine times he played in the final pairing. It was his sixth straight top ten on the PGA Tour, bettering his previous streak of five in 2015. With his massive talent, he should have won more than four Major Titles by now. The more mature McIlroy isn’t allowing expectations placed on him by others, or negativism, intrude his new outlook on life.

“I think, maturity,” says McIlroy of a new attitude. “I think it's been having a focus over the last six or seven months on my attitude, especially my attitude to golf, and not letting golf define who I am as a person, trying to keep the two things very separate, because one thing that I used to do in the past is I'd shoot -- I'd let what I shot that day influence who I was or my mood or -- and to try and keep those two things very separate is something I've worked hard on because who I am as a person isn't who I am as a golfer, and it took me a while to get to that point where I realized who those two people were.”“So that has been a big thing,” McIlroy continued. “And I think that's been the big difference between the highs and lows of the last few years and the more consistent play, even over the last 12 months. I've had two wins in the last 12 months, but even the play in-between that has been pretty good, top 5s, top 10s, given myself a chance most weeks.”

McIlroy, with his renewed confidence and refreshed attitude, needed a par or better on the final hole to win. The fact that he stuck with his driver on the treacherous 18th, crushed it and then continued to play aggressive on his approach shot, which landed to the left of the hole, not far from the edge of the green and the water, reinforced his commitment to his game plan. He two-putt for par and the win.

Prior to this victory, he finished T6 at the Arnold Palmer Invitational, he placed 2nd at the WGC-Mexico Championship, T4 at the Genesis Open, T5 at the Farmers Insurance Open and T4 at the Sentry Tournament of Championship.

“I feel like I've managed the first six weeks or six tournaments of the year very well, even with some noise around me, whether it is, he can't close, he can't plays on Sundays, blah, blah, blah. I've just got to do my thing, and if I go and I concentrate on me, control what I can do, good golf and good attitude takes care of the rest. And if I go to Augusta with a similar golf game to what I have now and the attitude I've shown over the first few weeks of the year, I think I'll have a great chance.”

And with this year’s Open Championship being played at Royal Portrush in Northern Ireland this July, very close to where Rory grew up, the scenario for McIlroy to dominate this season increases. It’s a course McIlroy is most familiar with. He even holds the course record, a 61, which he shot when he was 16- years- old in 2005.

Can you imagine McIlroy winning The Masters, then the Open Championship, which is being played in Northern Ireland for the first time since 1951?

I’ve seen the Majors he’s won in record-breaking fashion. I’ve had a front row seat in witnessing his enormous talent. If he can maintain a killer instinct and be consistent with his putter, the sky’s the limit.

But just remember the new, refined McIlroy: “I don't play golf to answer -- I play golf for myself. I play golf because I love the game and I know that I have a talent for it and I want to make the most of it. So I'm just satisfied that I've added another great tournament to my CV, and it puts me in a great spot going forward.”

There you have it. I like this new attitude. It will take him to even greater heights!