Tiki Barber appeared in seven playoff games as a Giant, including two against the Eagles and one in Philadelphia – and after watching his old team’s 38-7 thrashing at the hands of the Birds on Saturday, Tiki had one simple, blunt, and damning synopsis:

To Barber, any playoff game has added pressure, but going into Philadelphia or Dallas is a completely different animal than any other. And, unfortunately, because most of the Giants’ key players sat out the Week 18 loss in Philly, they didn’t get to experience the atmosphere on the field.

Because of that, Tiki says, they didn’t know that the atmosphere, which was still pretty crazy in Week 18, would be extra intense for the third installment of the division rivalry.

“These guys don't know what it takes to win and play down there, and it showed,” Tiki said. “Because they didn't play in week 18 because the game didn't mean anything, they missed an opportunity to prepare to play in Philly, and I know it was probably for the best of the team, but it came back to haunt them.” 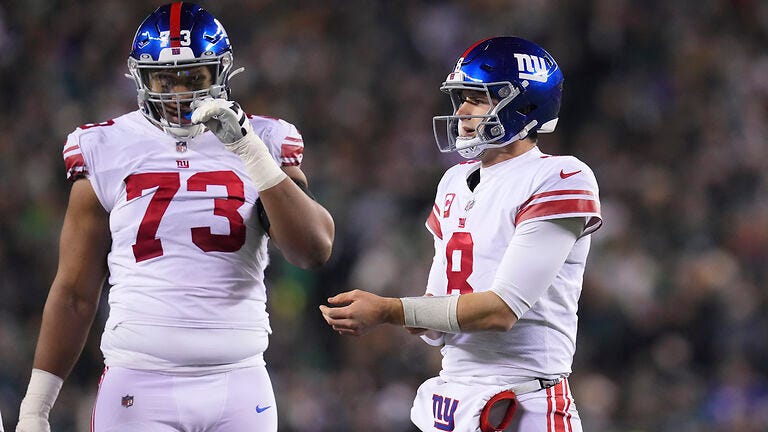 Boomer Esiason outlines what's next for Giants after playoff exit: 'The hope is alive now'

Tiki had some specifics on that, too.

“You have wide receivers stumbling around, you have Daniel Jones looking unsure, and you have offensive linemen who are good getting pushed back into the pocket,” he said. “When you don't execute on any level offensively for basically an entire half, and mostly the entire game, it can't be just because you're not good enough and that team is better than you.”

In the end, Tiki is “more frustrated than angry” by the end of the Giants’ season, because in his mind, their own planning and preparation decisions are a good chunk of the reason they failed.

“I'm more frustrated than angry, but mostly frustrated because they missed the chance to prepare themselves for one of the biggest games in the Giants’ last decade-plus,” he said, “and that's what's disappointing to me.”