Julian Love remains in concussion protocol, so Tiki & Tierney got a chance to chat Tuesday with a Giant who has something more in common with Barber: Xavier McKinney, who, like Tiki was in 1997, was the No. 36 overall pick of the Giants (in his case, in 2020).

McKinney has one role Tiki never did, though: the defense's “green dot,” aka the man responsible for relaying the play calls from the coaches to the D, and it’s something he’s relishing.

“It’s been fun, but it’s a challenge – when I first got it, I realized that if I was 20 yards down field, I had to get back quick to make the calls, but everyone around me has helped me to improve and get the communications out fast,” McKinney said. “So, it’s been more of a collective unit type thing.
I have a great group on defense helping me out knowing it’s a big responsibility. It’s not the easiest thing to do, but I accepted the challenge and enjoy doing it.”

And, in addition to the new system, the Giants D has a whole new identity.

“I think our identity is just playing hard and never giving up, playing fast and physical and together,” McKinney said. “I think we’re a really good team when it comes to giving our all – you’ll never see us quit out there. We have a lot of guys who have been through a lot of adversity, so we go out and play together and for each other.” 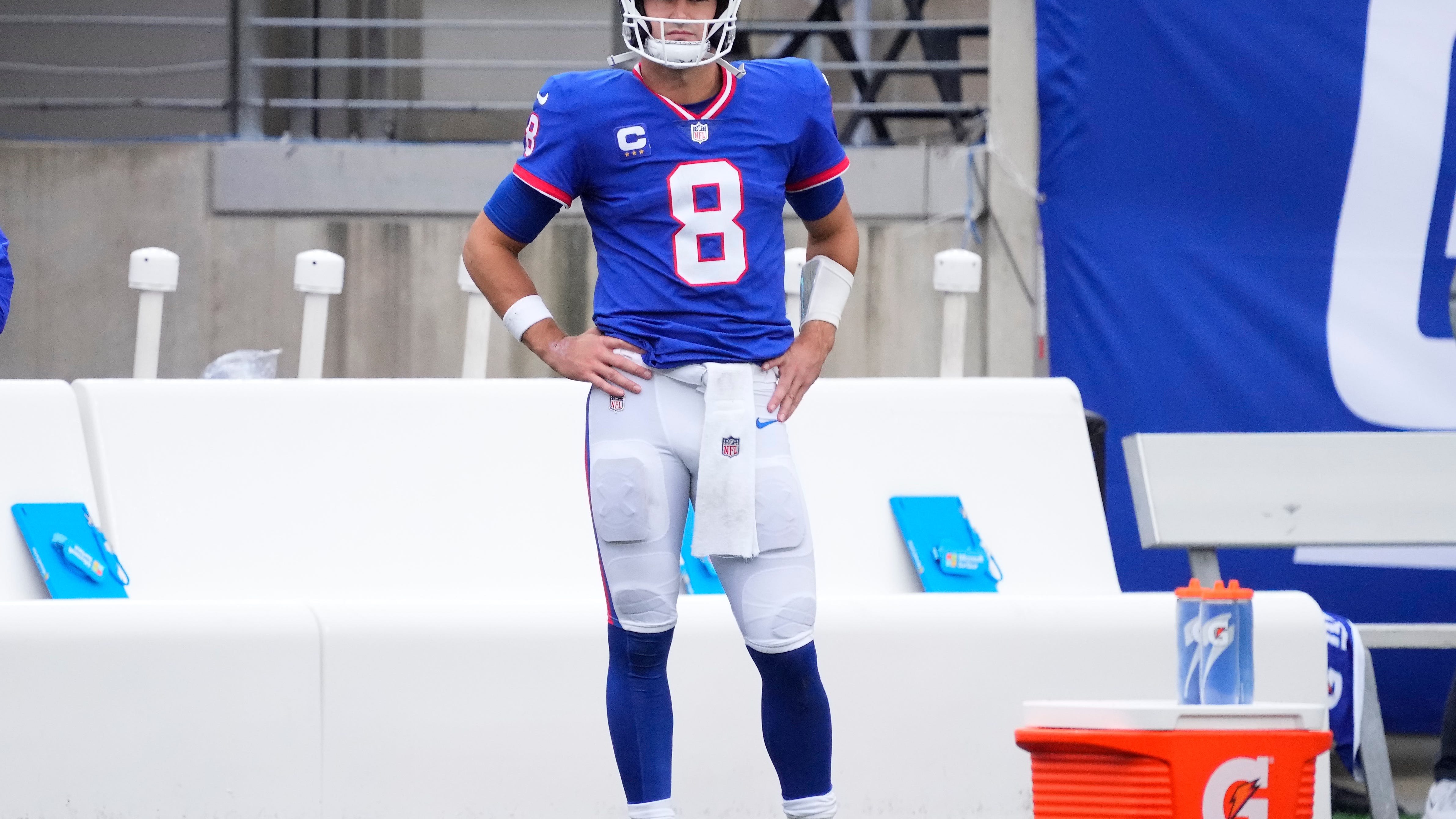 How Daniel Jones' injury history could impact his future with Giants

Come Sunday, McKinney and the Giants have to do it against the best quarterback they’ve faced so far in Aaron Rodgers, whose Packers will face Big Blue for the first time in McKinney’s career.

“We watched some film as a group yesterday. I have noticed things of him from before the season talking about the guys around him and how inexperienced they were at some spots, so were going to look to try to take advantage of that,” McKinney said, “but we know he’s one of the best quarterbacks of all-time, so we have to be aware he’ll be making plays not a lot of people can make. We have to be on point with how we execute, and find ways to take advantages.”

Being in London may complicate that bit, but the Giants’ staff is meticulously prepared for what can be a difficult overseas trip.

“I’m excited because I’ve never really been out of the country, so it’ll be a great experience, but we know it’s going to be tough,” McKinney said. “It’ll be a challenge with the time difference, but we have great staff around us making sure we get all the things we need in order to be successful out there. We’re just getting prepared and ready to go. It’s going to be a lot different, but it will be fun to get out there, and we’ll be ready.” 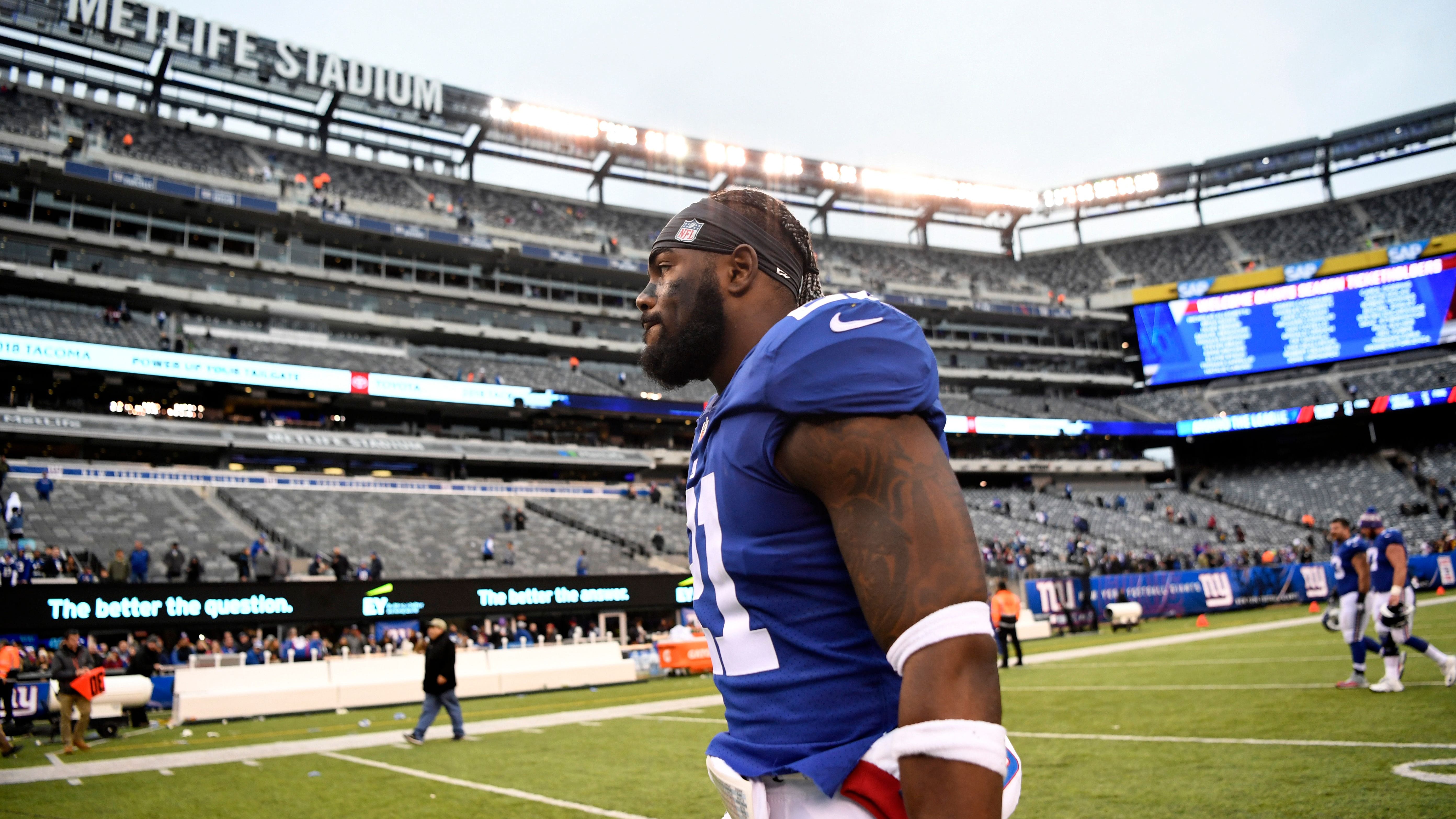 Just another thing that the new regime is instilling that is a positive change from Giants cultures of the past.

“It’s been a lot different around here, and I credit the new coaching staff and the culture they’re building. The energy has just been different, and there has been a different sense of being ready to go,” McKinney said. “I think it started from the beginning when we started OTAs; we wanted to build something special, so we worked hard every day and made sure we built bonds. Game days have been crazy exciting, and we’re still talking it one day at a time, but it’s been fun.”