The Islanders knew it was coming, and now they officially know what’s in front of them in terms of their schedule going forward.

On Wednesday, the NHL announced an update to the remainder of the schedule, including re-scheduling of 13 Islanders games – nine of which that had been postponed because of COVID-19 related issues.

The NHL added seven games in February to the Islanders schedule during what was supposed to be the Olympic Break, and coming out of the All-Star Break, the Islanders will play 43 games in 80 days.

“The biggest challenge is the amount of games that we’ll have to catch up,” said Head Coach Barry Trotz.

The Islanders have played the fewest games in the National Hockey League, and they will need to take advantage of the games in hand over teams that they are trying to catch in the standings. Heading into Thursday night’s games, the Islanders find themselves 14 points behind the Boston Bruins for the second Eastern Conference wild card spot.

“We’re playing a lot of hockey it seems in a short amount of time to try to catch up to everybody,” said Zach Parise.

Here are the Islanders schedule changes announced by the NHL: 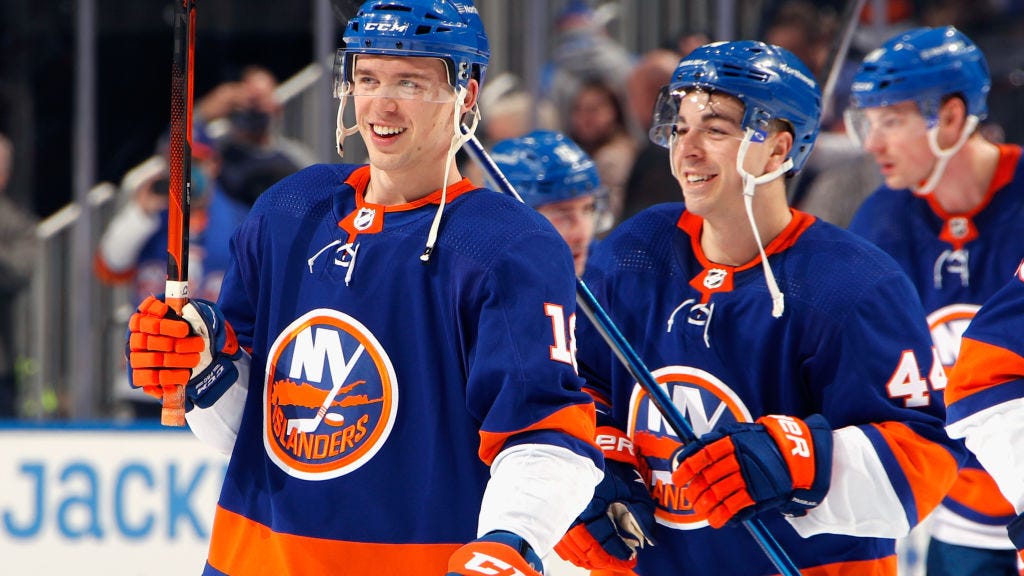 Schwartz: Islanders aren't overwhelmed by the hole they're trying to dig out of

With the revised schedule, the Islanders will now have 12 back-to-back situations the rest of the season, starting with home games against Arizona and Toronto on Friday and Saturday night, respectively. But, back-to-back games are actually something that the Islanders have excelled in during recent seasons.

“Back-to-backs are more mental than anything else,” said defenseman Scott Mayfield. “It can be a grind when you’re traveling but I think we’ve been pretty good at back to backs since (Trotz) has been here. It’s something we talk about quite a bit.”

While a lot of games in a short amount of time, including back-to-backs, may be a concern for some teams, the Islanders are built to be able to sustain it. Aside from two injured players that are still out, forward Kyle Palmieri and defenseman Ryan Pulock, the Islanders are about as healthy as they’ve been since early in the season, and they now have the depth to be able to get through what lies ahead for them in upcoming weeks.

“The back-to-backs aren’t a concern for me,” said Trotz. “I think it’s more mental. We don’t overextend. We don’t have guys playing 25, 26 or 27 minutes that maybe some teams do. I don’t think players will get overextended. We’ll probably shift guys in and out of the lineup just a little bit just to keep some guys fresh.” 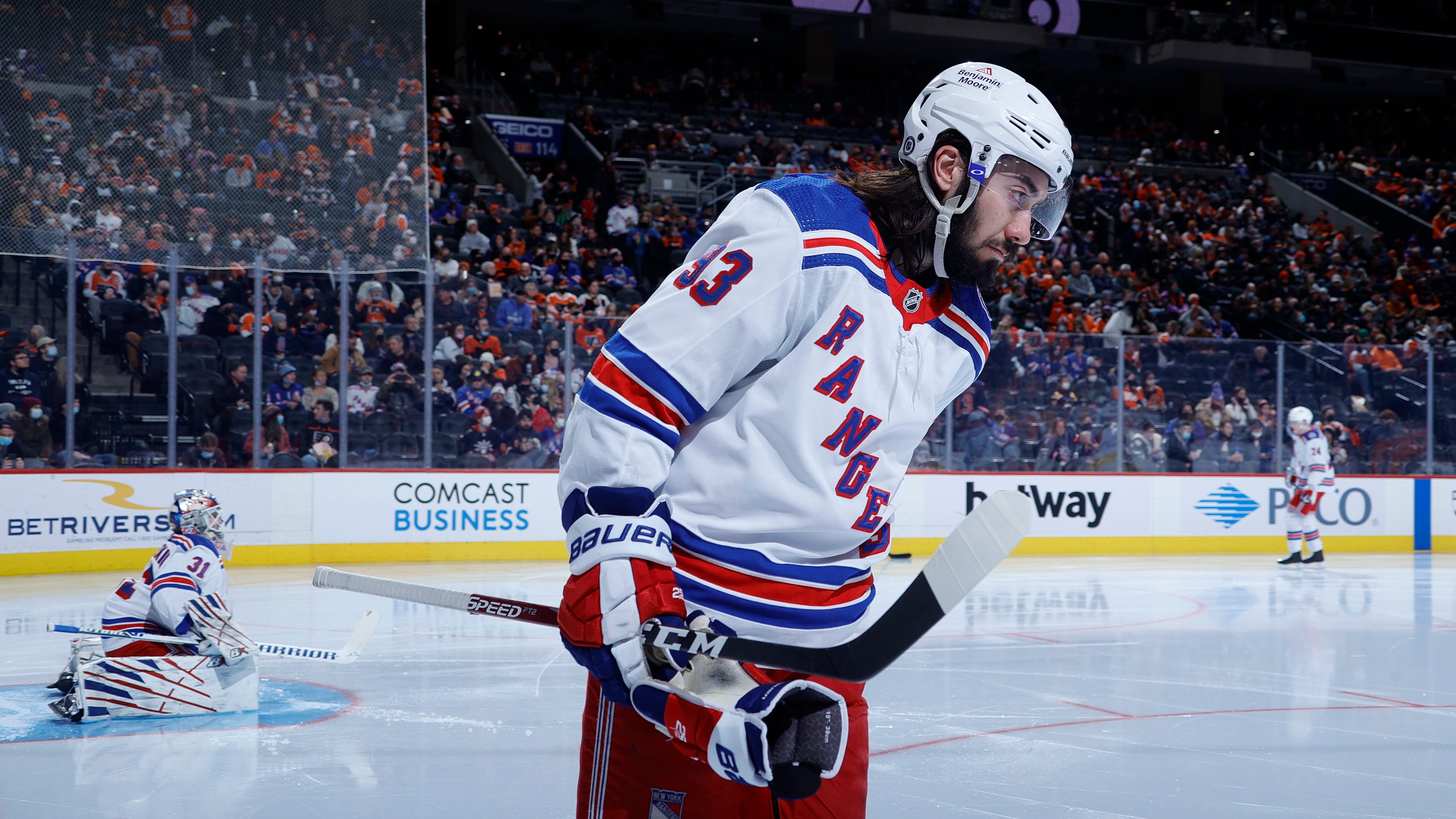 That’s likely especially true with their group of defensemen. Thanks to the emergence of rookie blueliner Robin Salo, the availability of Sebastian Aho, and the potential return of Pulock, the Islanders will have an opportunity to give veterans like Andy Greene and Zdeno Chara a game off here and there, especially during the back-to-backs.

But before the Islanders worry about the back ends of back-to-backs, the immediate attention is paid to the front end.

“We focus on the first game,” said Mayfield. “We prepare shift to shift. It’s about the game that’s happening first. It’s a mental grind and we just get through it.”

The Islanders have been playing well recently, winning five of their last six and earning at least one point in seven of their last eight. They still have a big mountain to climb to get back into playoff contention and the games, assuming there are no more postponements, will be coming at a rapid pace.

The Islanders are certainly in a better frame of mind now than they were just a few weeks ago, but they have a lot of work to do.

“It will be the extra game a week for seven or eight weeks that may have more of an impact than the back-to-backs or anything like that, but hopefully not,” said Trotz. “I think we’re in good shape physically and mentally. I think we’re finding our game and we’re inching along and trying to climb here.”

“I think where we are in the standings you don’t look too far ahead. We worry about our game (Friday) and that’s it,” said Parise.

Under Barry Trotz, the Islanders have maintained a one game at a time approach, and that is the mentality that they will bring to the challenge that lies in front of them. There’s still a lot of hockey to be played, and a lot of points are on the table for the Islanders to get themselves back in playoff contention.