Justin Fields is questionable to start for the Bears at MetLife Stadium Sunday due to a shoulder injury…and it appears his fellow 2021 draftee might not be under center for the Jets, either.

In a press conference that was delayed nearly two hours from his usual Monday time slot, Jets head coach Robert Saleh said he is “not committing to Zach Wilson” to be the starting QB on Sunday, saying that the team is keeping “everything on the table.”

“Just been dealing with so many different things right now, but we’re going to get to the tape and evaluate everything, and I’ll leave it at we’re keeping everything on the table over the next few days,” Saleh said, adding he wouldn’t commit to Wilson “until I’m done evaluating everything.”

Wilson came under fire Sunday for his putrid performance on offense, going 9-for-22 for 77 yards and leading the Jets to just two yards in the second half, and he drew even more ire for what was perceived as his cockiness at the postgame press conference in discussing the performance.

"Obviously, football is an emotional game and I won't shy away from the fact that I think he is the ultimate competitor and works as hard as anybody," Saleh said. "Could he be a little better when he's on the podium in terms of the expectation that it's our job to own it? Yeah, of course he can, bur I don't think it's indicative of how he feels about his team or teammates. I don't think he is naïve to the fact that offense wasn't played to the best of their ability. I don't think that's what he was trying to convey, but obviously, he can be a little better, and I think he'll be better for it."

Several offensive players, both during and after the game, also seemed to call out issues on the Jets’ offense, but the head coach doesn’t think Wilson has lost the locker room after Sunday.

“Those guys talk to each other all the time, but I don’t think so; I think these guys understand and players have empathy for each other,” Saleh said. “They know how hard this job is and understand it all, and let he who is without sin cast the first stone. We all make mistakes. Is it a mistake for Zach? Sure. Is it something he will get better from? Absolutely.”

Saleh noted with that, though, that it’s not just going to be the quarterback position that is going to be evaluated.

"You see things, and it’s me taking a step back to take a deep breath and say that everything needs to be evaluated. When you put up 100 yards of offense – I don't care how good New England is, and they are good - it's unacceptable. That's not NFL football. But it's not just about the quarterback, everything is being talked about, including us as coaches. How can we be better? How can we call the game better, game plan better, execute better, change practice? The quarterback is part of a pile of stuff that’s being talked about.” 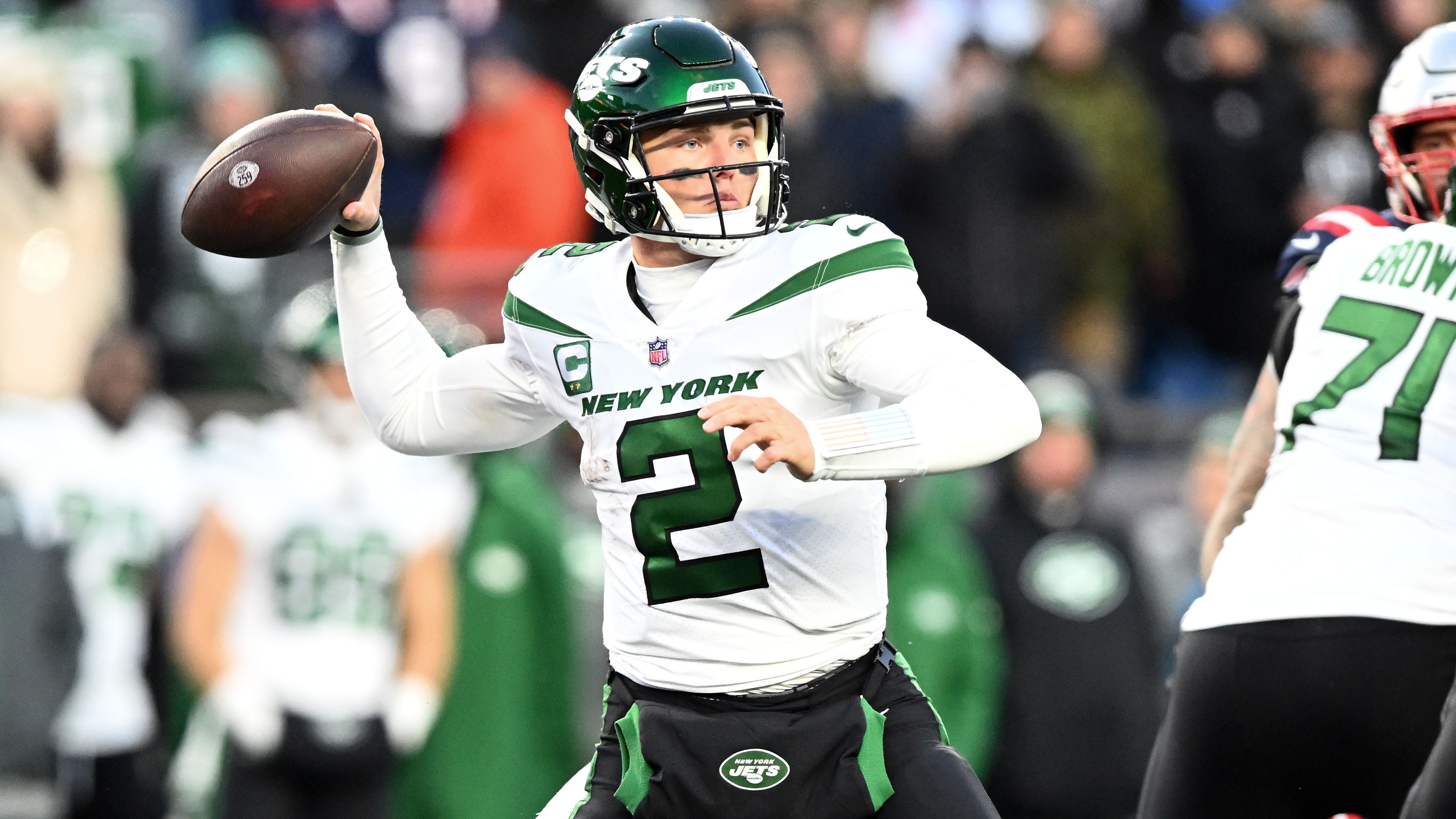 Boomer & Gio, Tiki & Tierney, and Joe Benigno all seemed to be on board with Mike White taking over at some point - whether that should've been at some point Sunday or any point going forward - but Saleh said that "everyone is on the table," intimating that Joe Flacco may also be in the equation.

Either way, Saleh says Wilson took the news in stride.

"Every player always knows where they stand before they leave this building," Saleh said. "Everyone's a professional, and we've operated the same way day in and day out, so our players are respectful throughout that whole process."

Whomever gets the nod, the Jets will make a decision by the time practice kicks into high gear on Wednesday, and it’s going to be an exhaustive 36-hour process according to Saleh.