Clearly the entire world has been focused on the World Cup tournament, and while the NFL, NBA, NHL, and college football continue to chug right along, right now it seems to be all about the men’s national soccer team and whether they can advance to the next round.

I have several questions for you. For starters, how was soccer able to become a growing phenomenon in this country? That is, it wasn’t as though soccer didn’t exist here until recently. Soccer has been played in the US at the HS, collegiate, and pro level for a good long time.

But something happened to soccer over the last 20 years in this country. Somehow, the interest in the game has grown exponentially. There’s no refuting that. And that’s in total contrast to a sport, like, say, baseball which seems to have gone in a totally different direction with young American fans.

Now, to you, this may not be a big deal. But to someone like myself, who has been involved in sports his entire life, I find this transition to be most remarkable.

Is it because we, as sports parents, raised an entire generation or two of young kids whose very first introduction to competitive sports was AYSO Soccer. American Youth Soccer Organization starts for youngsters when they are 5 or 6.

Is the legacy of AYSO the major reason why so many young people today are so attracted to soccer? 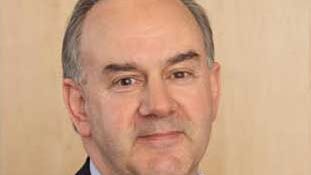 Is it because there’s been so much media attention paid to the World Cup and to pro leagues around here like Major League Soccer?

Is it because the US women’s national team has not just done well, but has dominated the World Cup competition in recent years?

I ask these questions, because – at least when you consider the men’s national team and their less than impressive soccer accomplishments – soccer has never been more popular in the US. Take a listen to this morning’s show. it provides a real overview of how soccer has become an “overnight” sensation in the US after decades of trying.

Read more on this story at askcoachwolff.com, tune in to WFAN every Sunday morning at 7 A.M. for 'Rick Wolff's Sports Edge,' and follow Rick Wolff on Twitter @askcoachwolff.