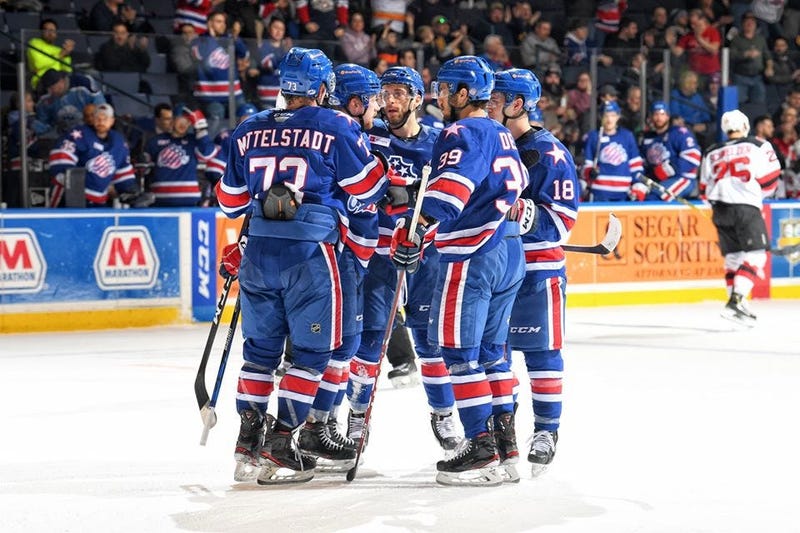 It had been speculated a while back that the rest of the 2019-20 American Hockey League season was going to be canceled due to the coronavirus pandemic.

On Monday, the AHL Board of Governors made the decision official, announcing the cancellation of the rest of the 2019-20 regular season, as well as the 2020 Calder Cup Playoffs.

The AHL Board of Governors has voted to cancel the remainder of the 2019-20 AHL regular season and the 2020 Calder Cup Playoffs due to the ongoing COVID-19 public health crisis.→ https://t.co/b8XoXIimHE pic.twitter.com/G1fafFhJHV

"After a lengthy review process, the American Hockey League has determined that the resumption and completion of the 2019-20 season is not feasible in light of current conditions," AHL President and Chief Executive Officer David Andrews said in a league statement.

"The League's operational focus has turned toward actively preparing for the 2020-21 season. We are very grateful to the National Hockey League and its teams for their support and leadership in navigating through the challenges faced over the past two months.

"The AHL continues to place paramount importance on the health and safety of our players, officials, staff and fans and all of their families, and we all look forward to returning to our arenas in 2020-21."

The league also announced that the standings will stand as they are sorted by points percentage, and that the statistics as of March 12, 2020, are considered final and official. Those final stats and standings will serve as the basis for determining league awards for the 2019-20 season.

The Rochester Americans now officially finish the 2019-20 season with a 33-20-4-5 record (.605 win percentage) in 62 games, which is good for second in the North Division behind the Belleville Senators.

Leading the Amerks is scoring this season was forward Jean-Sebastien Dea with 39 points (15+24) in 57 games played. His 15 goals ended up tied for the team lead with forward Andrew Oglevie. Defenseman Zach Redmond led the Amerks with 25 assists, but he has since signed a contract in the 2020-21 season to play in the Deutsche Eishockey Liga in Germany.

In goal, Jonas Johansson finished the 2019-20 season as one of the best goalies in the AHL with a 14-4-3 record, a 2.28 goals-against average, a .921 save percentage and two shutouts. Johansson was also named to his first AHL All-Star Game this season to represent the North Division.