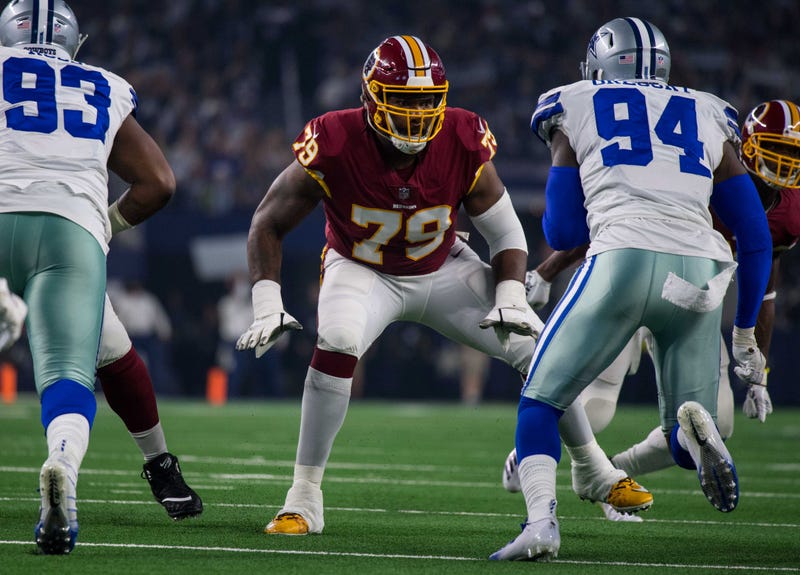 The Buffalo Bills have added another offensive lineman, agreeing to terms with offensive tackle Ty Nsekhe (en-SEK-he) on a two-year contract.

Nsekhe has had quite the football journey. After playing college football at Texas State, he signed with the Corpus Christi Sharks of AF2 (Arena Football 2) as an undrafted free agent in 2009. Over the next 10 years, he spent time in the Arena Football League, AF2, and the NFL with the Sharks, Dallas Vigilantes, Philadelphia Soul, San Antonio Talons, Indianapolis Colts, St. Louis Rams, New Orleans Saints, Montreal Alouettes, Los Angeles Kiss, and Washington Redskins.

It was with the Redskins where he’s spent the last four seasons, lining up at both tackle and guard, playing 56 games over four years, including 16 starts. He started four games at left tackle in place of the suspended Trent Williams in 2016. Washington felt highly enough about Nsekhe that last offseason they placed a second round tender on him as a restricted free agent.

Nsekhe is huge - listed at 6’ 8” and 330-pounds. He will also be 34-years-old during next season, but doesn’t come with the same amount of mileage other players have his age.

Here is what others are writing and showing about Nsekhe:

Love the Ty Nsekhe signing by the Bills. Filled in at LT multiple games, zero sacks & just 5 hurries allowed in 195 snaps as LT. And absolutely toyed with Clowney in week 11. Every pass rep vs Clowney this vid via @BrandonThornNFL. 2nd rep is nuts. pic.twitter.com/qBMosH0p3P