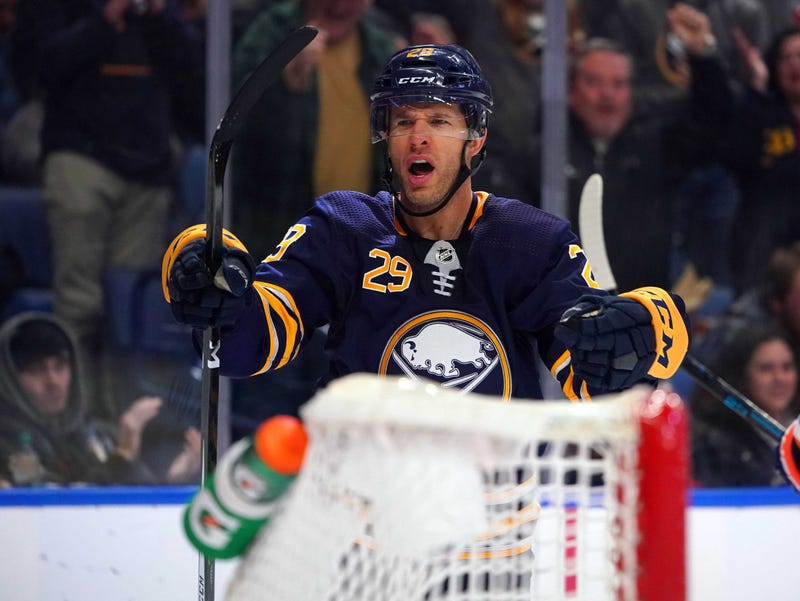 Buffalo, NY (WGR 550) - Jason Pominville would love to play in the NHL for a 16th season, but as of now, he’s staying in shape and hoping something works out.

Pominville is back in Buffalo and working out at Harborcenter with a handful of guys that include Rasmus Dahlin. Pominville said it’s a day-by-day process, “I definitely would like to play, I’ve kept myself ready, skated and worked out and so I still enjoy playing, but I don’t know if I’d go anywhere to be honest, so if it’s the right opportunity, I’d like to play.”

Pominville knows that things have stalled around the league because of all the restricted free agents that are still out there. He said, “I’m not stressed out about it, I just go day-by-day and go from there, so I’m not over thinking it, that’s for sure.”

Family is really going to be a determining factor to whether Pominville accepts an offer or not. He said, “We were coming back here no matter what, my little guy plays hockey, my daughter's in gym and they’ve already started, school starts soon.

“Back in Montreal where I grew up, school’s in French and my kids have started school in English, so it would’ve been harder for them to make the switch, so we were planning on coming back no matter what.”

Pominville's kids call Buffalo home. His son told him yesterday that he doesn’t want to move, so that makes it tough on him and Pominville takes those things into consideration. He is also helping Matt Ellis coach his kids team.

Jason Botterill said that he hasn’t closed the door on Pominville coming back. The winger said, “He’s been honest with me since the start, he’s been really nice letting me use the facilities to workout, so he was great to give me a chance to come back here, I’ve known him since he played and now as a GM and he’s exactly what I would’ve expected, he communicates really well and he’s communicated to me throughout the whole process and it’s made it easier on me.”

Pominville has played in 1,060 NHL games and is seven goals away from 300 for his career.

Dylan Cozens was rehabbing on the ice by himself with Dennis Miller. The Sabres 2019 No. 1 pick had surgery on his thumb after hurting it in Prospects Camp in June.