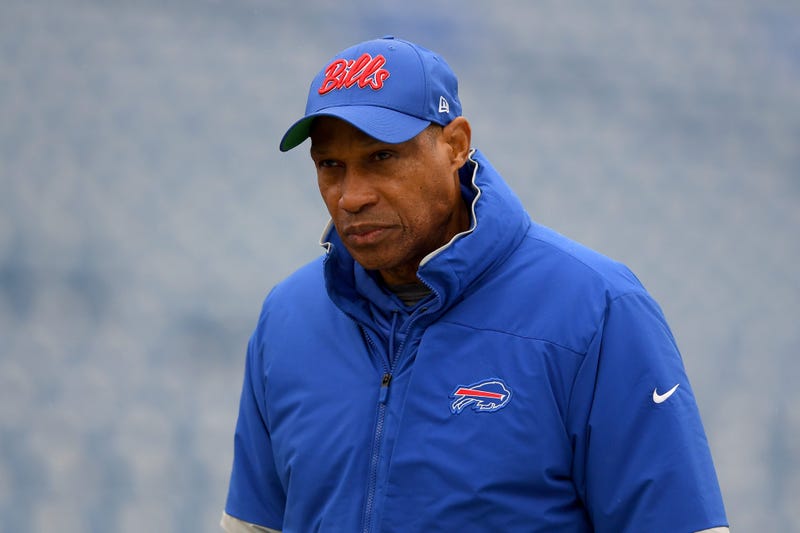 Over the past several weeks in the United States, many people have spoken out about racism and the social injustices of the country following the death of George Floyd in Minneapolis, Minnesota back on May 25.

The ripple effects of the Black Lives Matter movement and the awareness of social injustice in the U.S. has been felt all across the world, and has become a prominent talking point among many athletes across the sports world. Many of those athletes and sports figures have made their voices heard on social media and in the public, while also taking action and raising awareness by marching with protesters, speaking with teammates and other people on the matter, and also donating money to support the cause.

In the National Hockey League, a number of current and former professional hockey players of color came together to form the Hockey Diversity Alliance to promote diversity and the eradication of racism and intolerance in the game of hockey.

Bills defensive coordinator and assistant head coach Leslie Frazier has been open to speaking about some of his past experiences with racism as a black man in this country. He has also been someone who has been open for others to talk to about the issues in today's society and what can be done to make positive change going forward.

Frazier took some time on Wednesday to join the Howard and Jeremy Show on WGR and share his thoughts on what has been going on in the country today, and what can be done going forward to combat racism and social injustice in the community.

Frazier's thoughts on watching everything going on in the country over the last few weeks:

"There's been so much wrapped around the death, the murder of George Floyd that has impacted our country, and just observing and witnessing, what I think is the transformation that is going on. Just to see so many people galvanized around this topic, which we've all known has existed, at least most of us are aware that it has existed for so long. To see how people that have been in the majority or now seem to be coming around as far as recognizing or identifying the fact that there is racism there and it's something that needs to be dealt with. Just seeing the people that have come out and spoke out against racism and having the desire to do something to see change; that's what has impressed me, and I'm hoping that there will be action going forward, where people like yourself and myself will use our pedestal to help bridge the gap between races because we're in the public eye and we have the chance to influence people. A lot of people that have the stature to speak up, do it, and hopefully that will create change in our country."

Frazier on how this moment will be different in leading to change:

"I'm just optimistic with the things that I'm seeing and things I'm hearing that there will be action that will follow. There's so many people that have been silent in the past that are speaking out now against racism like never before. People who are in positions of authority and have the ability to change things and have the resources also. I've spoken to a number of people who, in those situations, are at the top of their company, the CEO or someone who is in a situation to influence our country. Just hearing the responses gives me hope that things will change for the better over time."

Frazier on what people can do to make a difference for change:

Frazier about a conversation he had with someone about the Black Lives Matter movement:

"A guy told me and said, 'Leslie, this whole Black Lives Matter things that I hear about... until that George Floyd murder, I would always say that all lives matter. What's the big deal? But now I realize some with people in my race, black lives don't matter. It does not matter when a black person loses their life. And now, I kind of understand what they're trying to say when Black Lives Matter, because all lives do matter, but for some, black lives don't matter. And I want to do more to help the situation, and I want to be more active in getting out in my community, educating my kids on other races, and making sure that my family understands the importance of treating people with the respect that they deserve.' I applauded him for his honesty and him for sharing his heart in that situation."

Frazier on the message he tried to send to his players:

"I don't think it's just an individual power. I think you want to take a look at the entire group and think about, 'What can I do to make things better?' That's the only thing that really matters. 'What can I do to make a situation better?' That's the challenge I gave to all of our players as well. If all of us take that approach... We all know what the problem is, and I think more and more people are recognizing now that there is racism, even if you say, 'I'm not a racist, but it exists. So what can I do to make the situation better?' If you can answer that question, then you start putting action to it as we educate ourselves and as we begin to communicate across racial lines, things will get better."