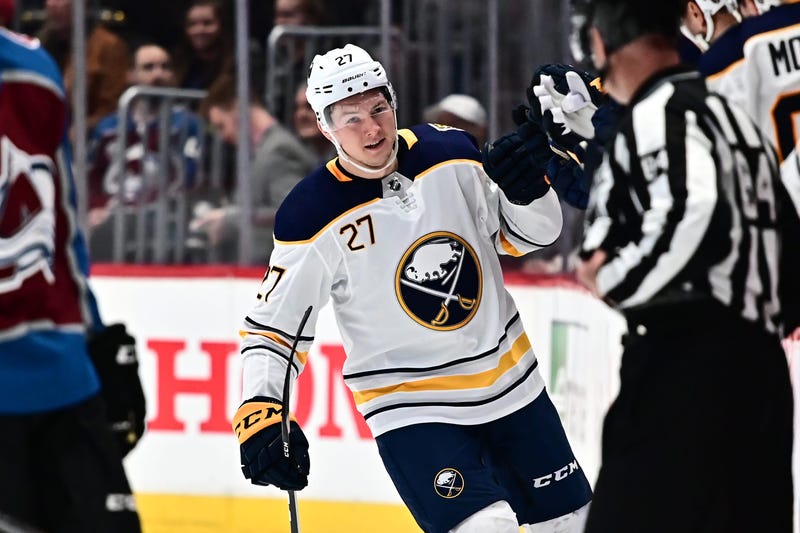 Buffalo Sabres forward Curtis Lazar has been named as the team's nominee for the Bill Masterton Memorial Trophy by the Buffalo chapter of the Professional Hockey Writers' Association for best exemplifying the qualities of perseverance, sportsmanship, and dedication to ice hockey.

Each team around the NHL nominates one player for the chance to win the Masterton Memorial Trophy, and the winner is selected by the PHWA. The award has often been awarded to a player who has overcome adversities such as a serious injury, an illness, a family crisis, and other factors.

Lazar signed with the Sabres this past offseason to a one-year deal that paid him just $700,000 after spending the 2018-19 season playing mostly in the American Hockey League with the Stockton Heat in the Calgary Flames' farm system. It was a chance for Lazar to come to Buffalo and try to earn a spot on the roster after his stint with the Flames went south and saw him barely able to crack the NHL lineup.

After leaving a strong impression on the Sabres after training camp, he wound up being sent down to the Rochester Americans, where he continued play well and leave his mark with the organization. In 18 games played with the Amerks, Lazar ended up with six goals and six assists for 12 points, earning himself six games with the Sabres in November.

The 25-year-old ended up playing his last game in the AHL on Dec. 18 before earning a full-time roster spot in Buffalo for the remainder of the shortened 2019-20 season.

In his final 32 games played this season, Lazar established himself as a very reliable depth player on the Buffalo roster, while also scoring four goals and registering five assists for nine points. He ended up becoming one of their more efficient faceoff guys, and found himself playing in other key roles like on the penalty kill.

Lazar will be a restricted free agent this summer with the eligibility to go to arbitration. However, he has made a legitimate case for the Sabres to bring him back for the 2020-21 season and maybe even longer than that.

Only two players in Sabres franchise history have ever won the Masterton Memorial Trophy. Those players were Pat LaFontaine in the 1994-95 season, and Don Luce in the 1974-75 season.